A brand new commercial has been released for the OVA of the anime adaptation of Namori’s Yuru Yuri manga, YuruYuri: Nachuyachumi!, which originally released in Japanese theatres last November. Early copies of the release will have a director’s cut of the OVA with additional scenes. The release also contains: the OST, textless OP and ED, all released trailers and promotional videos, a special booklet, a clear disc case, audio commentary, and a code to purchase tickets for the upcoming Nanamori Middle School Outdoor Festival. The OVA is produced by a new team with TYO Animations (Shinryaku! Ika Musume, Plastic Nee-san) animating, replacing animation studio Dogakobo (GJ-bu, Mikakunin de Shinkoukei), and is directed by Hiroyuki Hata (Kamichu!, ImoCho). Though the main cast of the anime TV series returns to reprise their roles in the OVA.

Here is the main visual for the OVA: 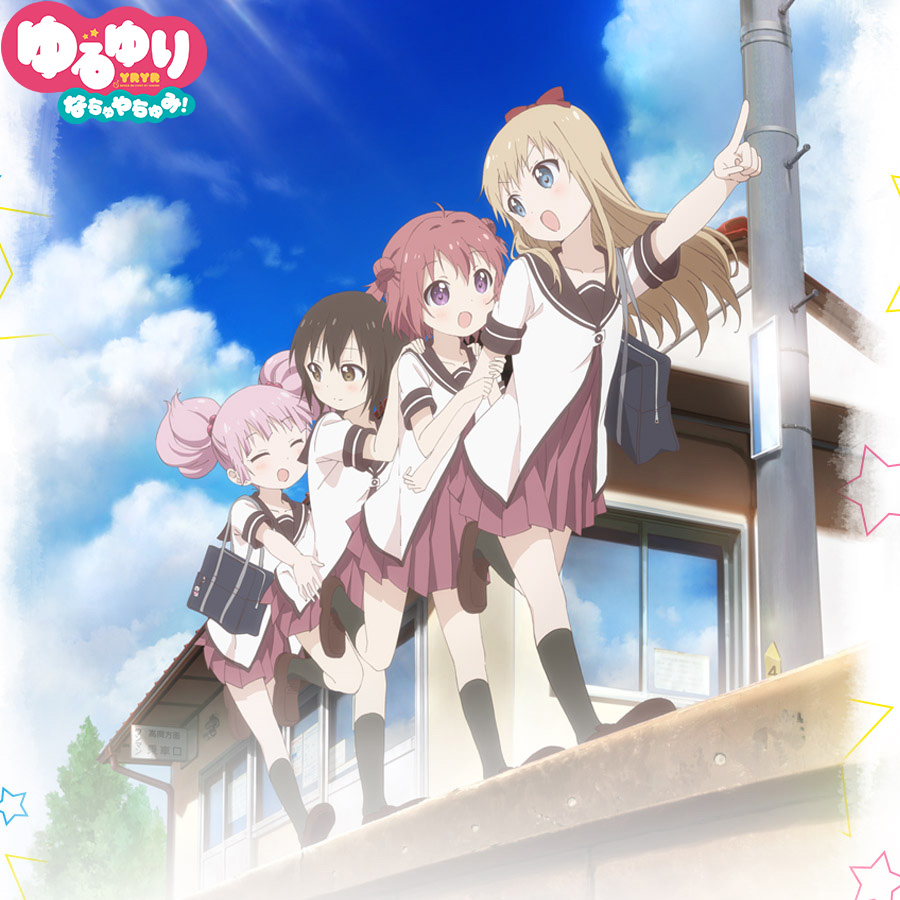 Four mischievous girls illegally occupy the former Traditional Tea Ceremony clubroom, in order to create the “Amusement Club.” These scamps…who ignore repeated warnings – in direct rebellion with the righteous directives of the Student Council – decide to remain in the room until they finally get off their bums and do something! In this slightly sluggish manga, full of fits and starts, the four girls set off from their homes for a walk together with days full of a little this and that! ♪