Aniplex Japan has announced a new life changing product for their Aniplex+ store, a life sized (1/1) version of Megumi Katou from the anime adaptation of Fumiaki Maruto and Kurehito Misaki’s Saenai Heroine no Sodatekata (Saekano: How to Raise a Boring Girlfriend) light novel series has been produced and will be on sale. 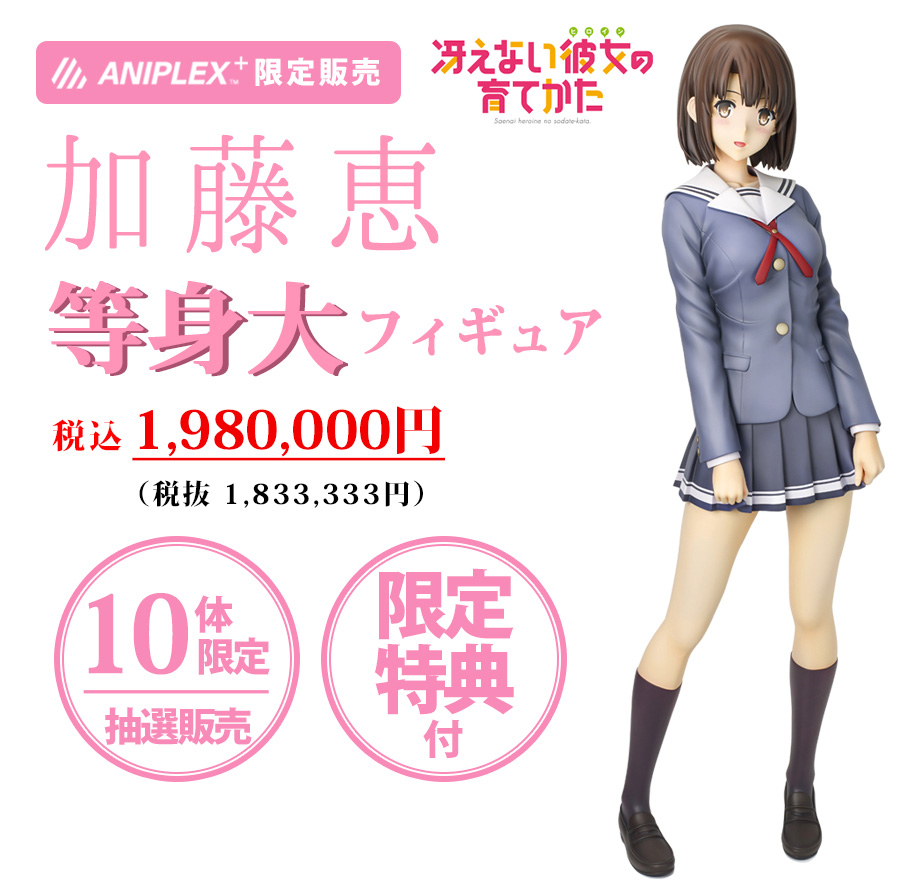 Aniplex+ are offering a life sized version of Megumi Katou weighing 28kg, measuring 158cm high, 560cm wide and 50cm deep. There will only be a total of 10 figures going up for sale, each costing ¥1,980,000 (~ US$16,800) without delivery fees. Misaki Kurehito, the illustrator of the light novel series, will be personally inspecting all 10 figures for accuracy. 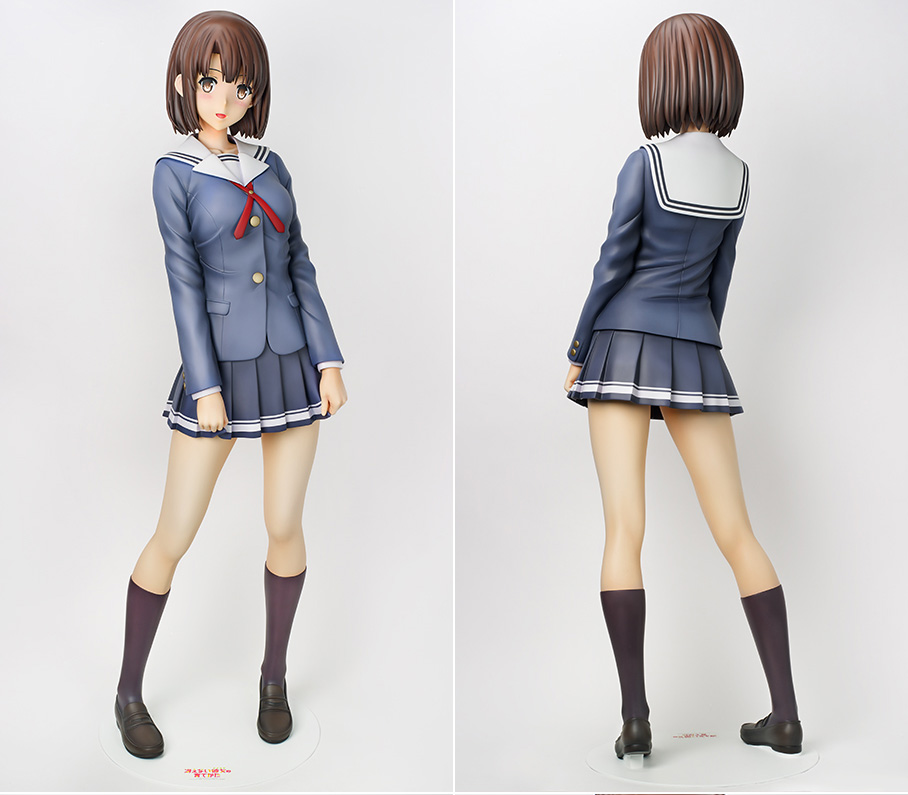 In order to purchase a figure, fans must enter the online raffle that is currently running till February 14, Valentine’s Day. Only one person can enter the raffle, one per account, and the 10 winners will be drawn on February 29th. Fans will then have to pay for Katou, where cancellations are not accepted. The figures will ship in June this year. 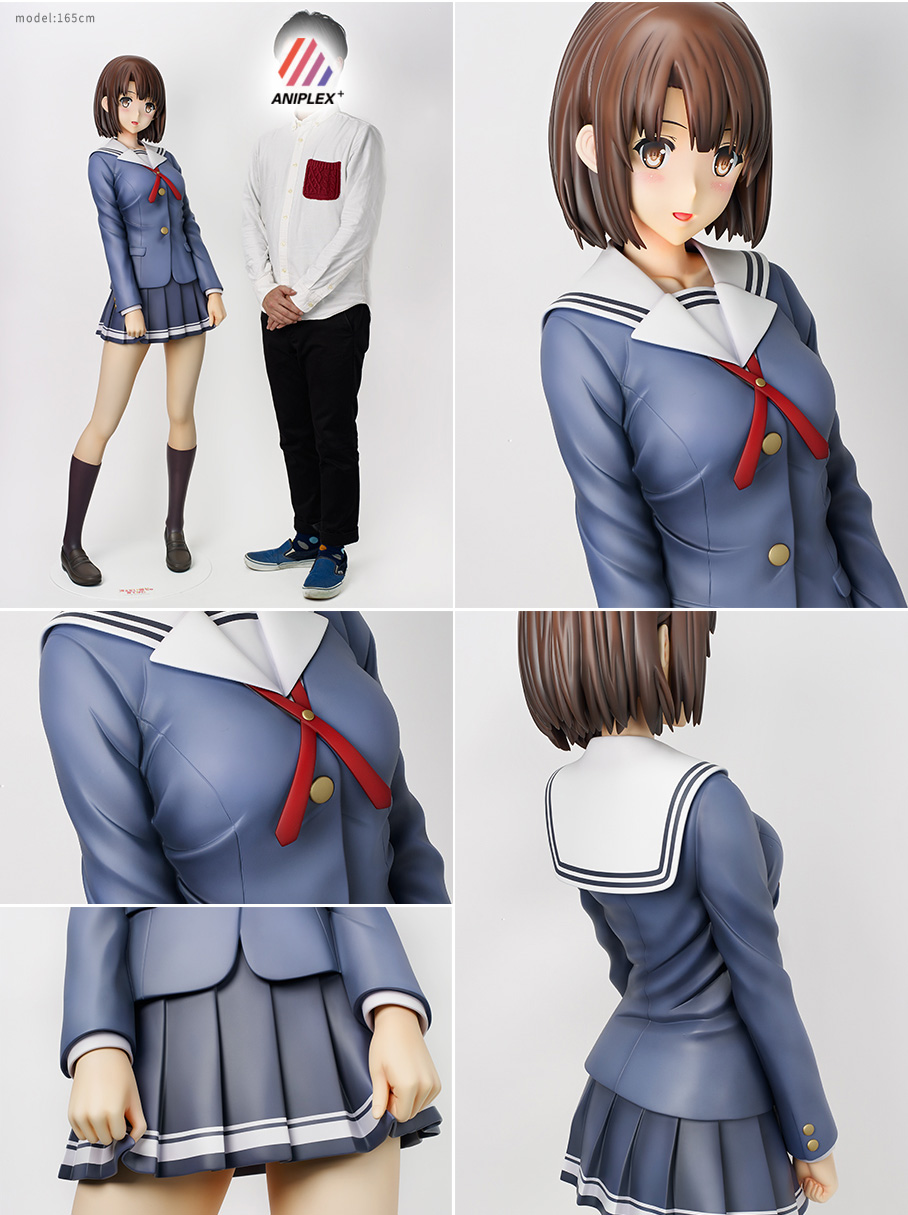 The main cast of the anime first season stars:

A second season of the anime is in production:

The life sized Megumi Katou figure is available only via a raffle, where the winners are given the option to buy one of 10 figures for ¥1,980,000 (~ US$16,800). The second season of the Saenai Heroine no Sodatekata anime has been revealed to be in production.