The official website for the recently announced anime project based on Kentarou Miura’s Berserk manga has revealed that the TV anime will begin its broadcast this July, during the Summer 2016 anime season. 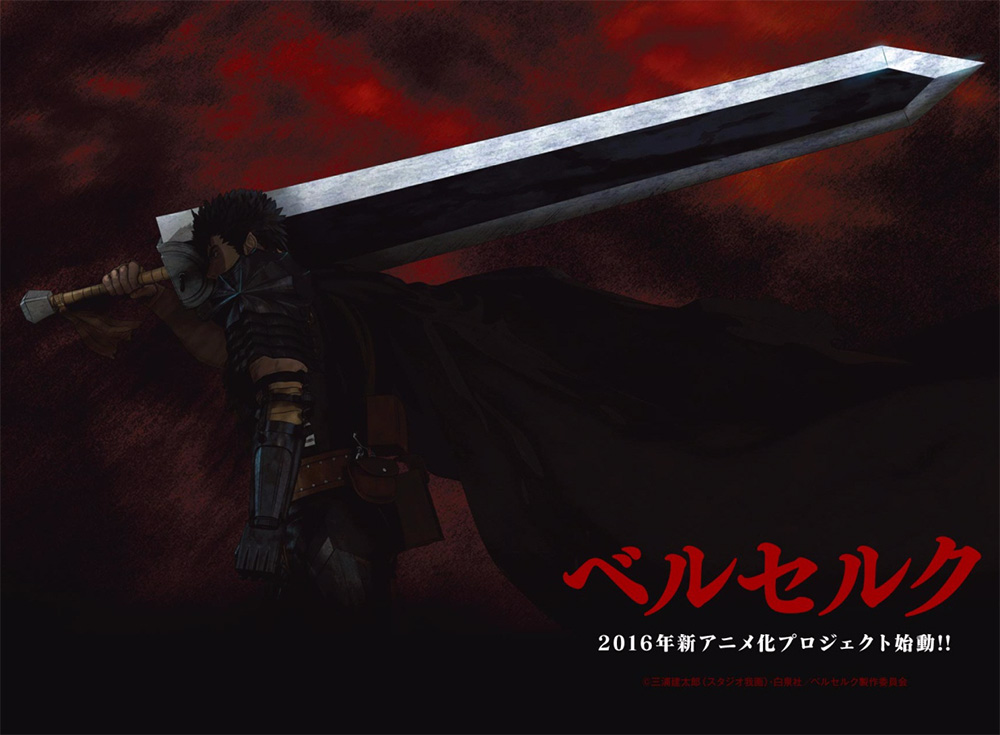 The anime will broadcast on MBS this july during its late night Animeism block and will also be airing on satellite network WOWOW.

Here is the PV for the anime:

The project itself was announced in the recent issue of Hakusensha’s Young Animal magazine. Miura comments in the issue that the manga will be on hiatus until Summer next year. He also mentions that the new anime project will depict the Guts as the Black Swordsman. The magazine has also announced that the 1997 TV anime adaptation of the series will be released as a Blu-ray boxset on April 20, 2016. The boxset will retail for ¥18,000 (~ US$148.80).

The anime’s tagline was also revealed:

The 2016 Berserk TV anime will air this July on MBS and WOWOW during the Summer 2016 anime season. Further information about the series will be revealed soon.