North American music producer Porter Robinson has announced on his Twitter that he is collaborating with Japanese animation studio A-1 Pictures (AnoHana, Sword Art Online) for an anime project titled Shelter the Animation. 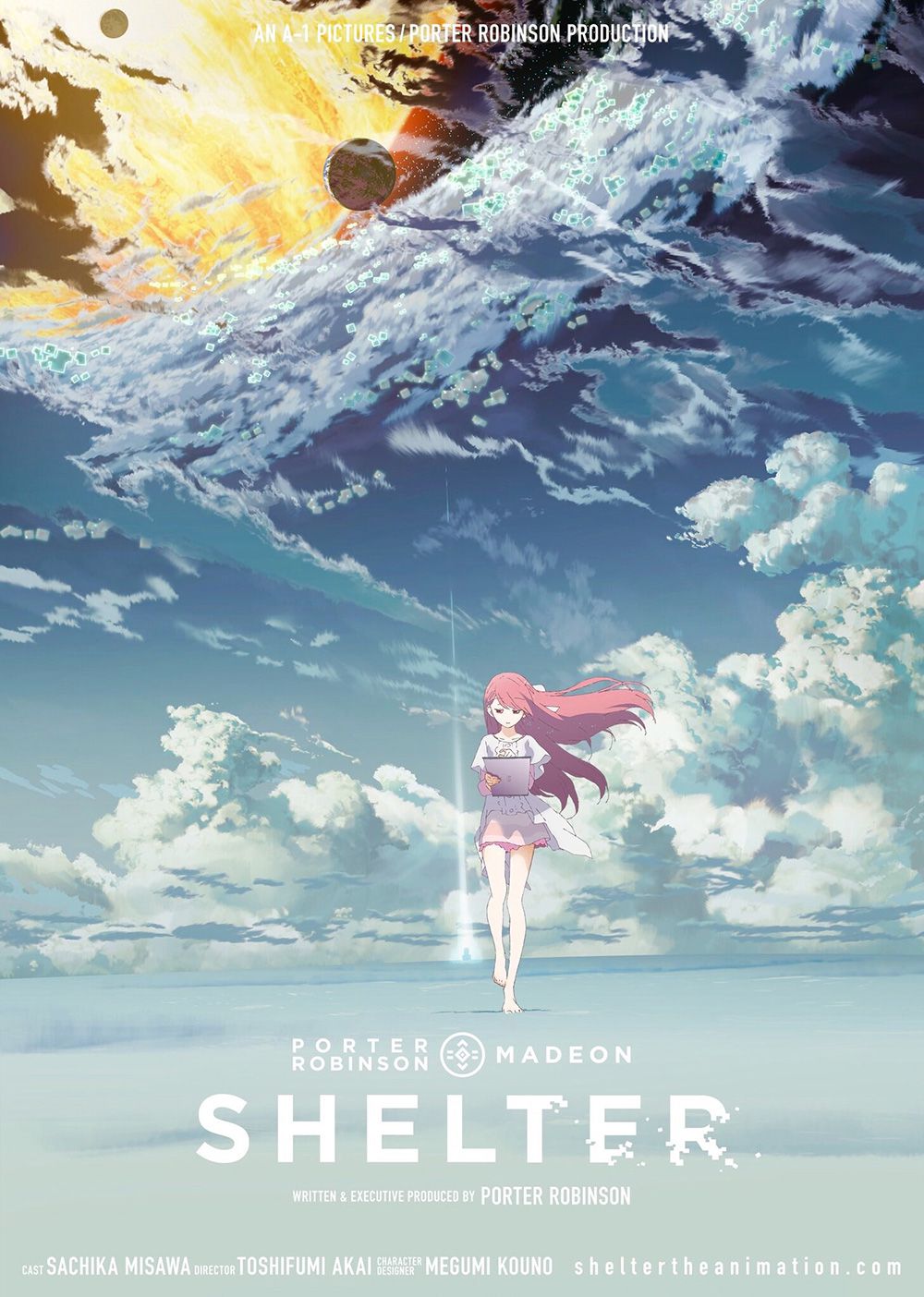 Robinson’s brother, Nick Robinson, mentions on Twitter that Porter is a fan of A-1 Pictures and its anime and has spent the year on the project. He also mentions that the anime will be out on October 18th.

my brother @porterrobinson spent 2016 secretly making something with his favorite anime studio A-1 Pictures (Anohana, etc). it’s out 10/18! pic.twitter.com/Lh8gQpdZF3

The first poster for the anime accompanies the announcement revealing the first cast member:

Porter will also be working with French music producer Madeon in the project.

You can visit the project’s website here (not yet live): http://sheltertheanimation.com/


“Shelter the Animation”, “Shelter”, image and all associated brands and titles © 2016 Porter Robinson Productions and A-1 Pictures