On the wraparound banner of the 21st and latest volume of Hajime Isayama’s Attack on Titan (Shingeki no Kyojin) manga it was revealed that the upcoming second season of the anime adaptation will start in April 2017. 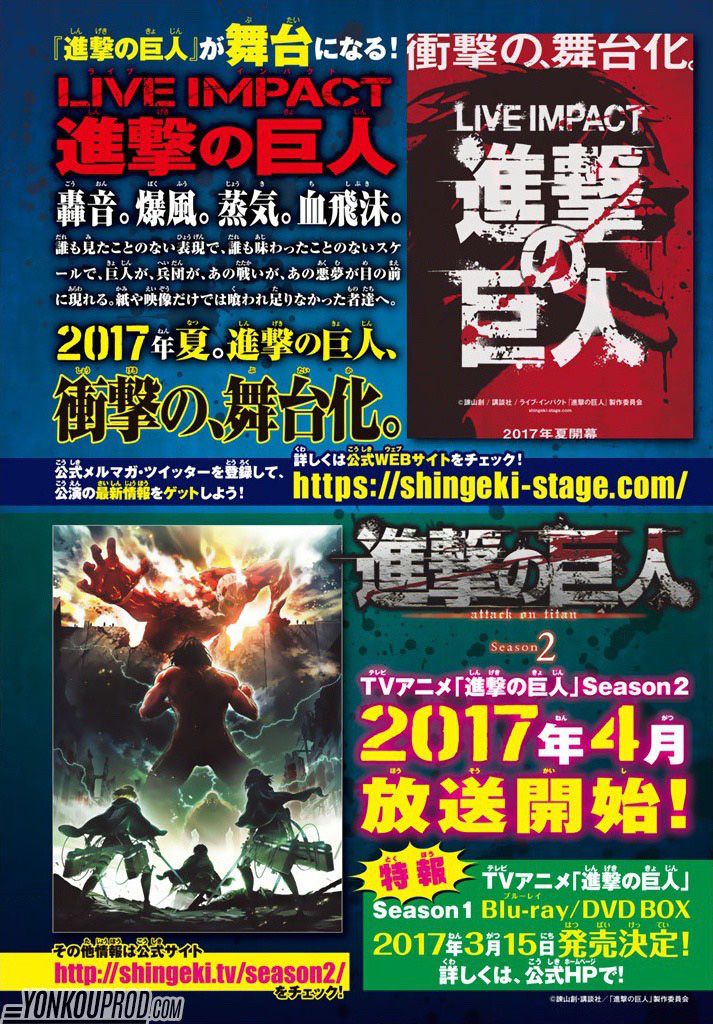 The second season was previously revealed to be airing during the Spring 2017 anime season, which does generally begin in April, however the actual month was not given. When season 2 was initially announced it was slated for 2016, however a report earlier this year rumoured that the series was delayed to 2017. 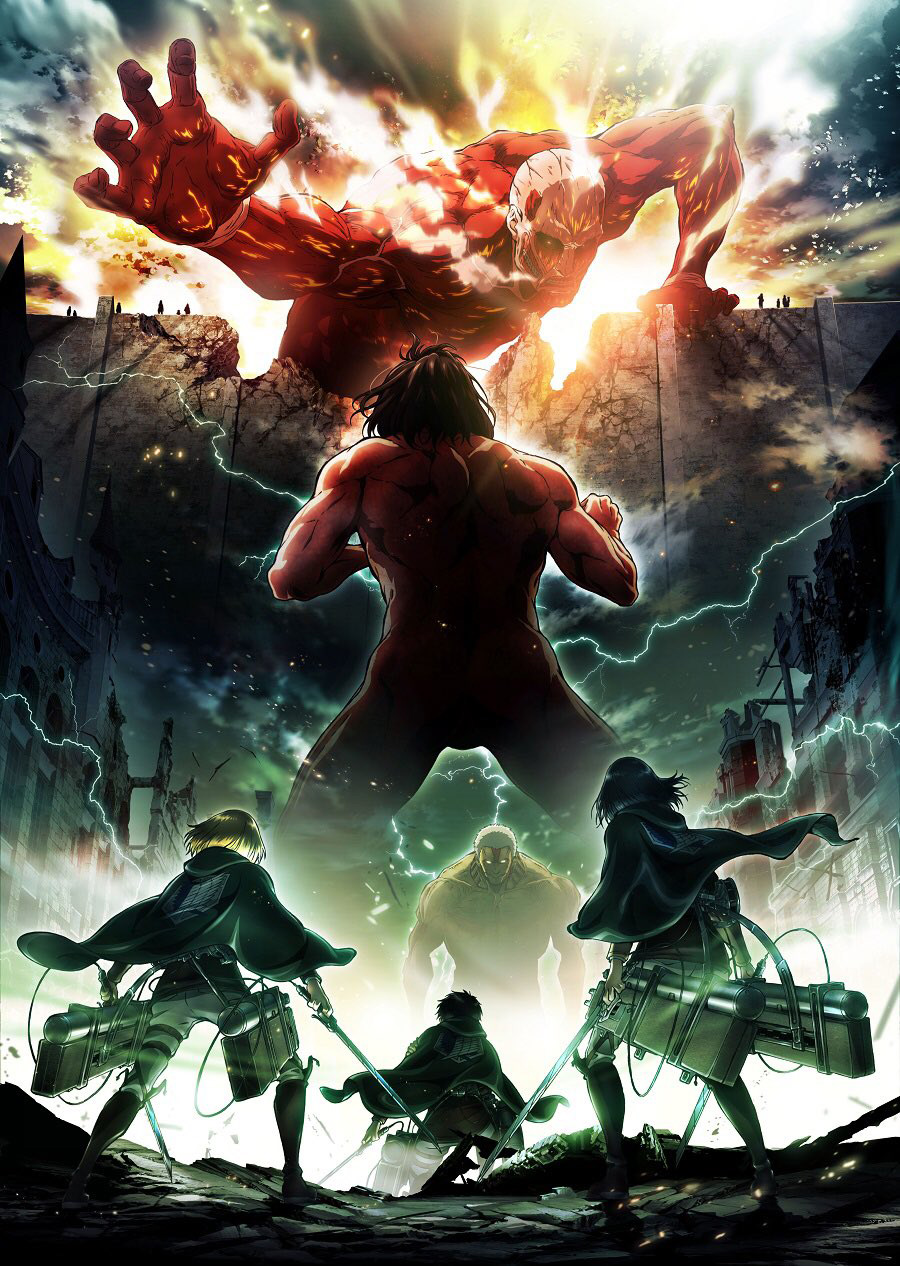 The second season of the Attack on Titan (Shingeki no Kyojin) anime is currently in production and will air next April in the Spring 2017 anime season. Further information about the series will be revealed at a later date.