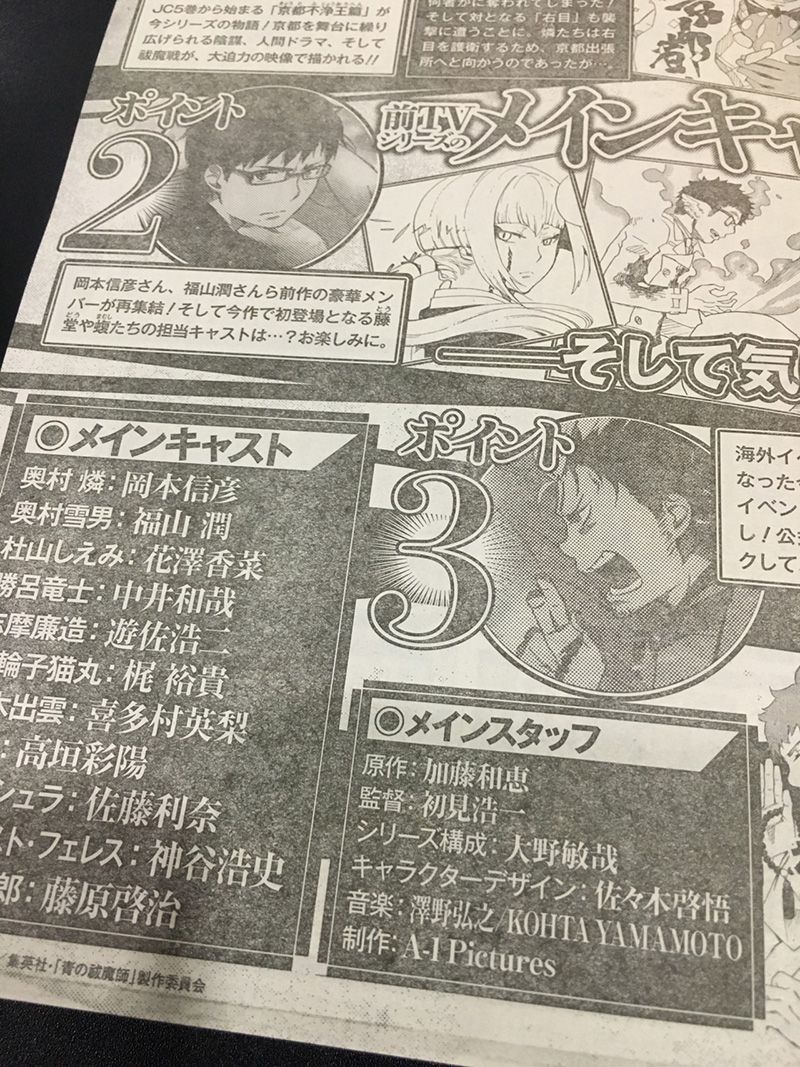 The main cast of the previous anime adaptations will return for the 2017 anime. The returning cast includes:

The leading members of the production staff were also revealed. Whilst animation studio A-1 Pictures (Sword Art Online, Shigatsu wa Kimi no Uso) will be back to produce the anime, there has been changes to the director and series composer:

The remainder of the returning staff members has:

Revealed details about the 2017 anime has not yet specified whether it will be a continuation (season 2) of the first anime, but did reveal a decision to restart the anime was made. The announcement also hints that the new series will feature the Impure King (Kyoto fujo-o-hen) arc, which would be taking place after the first season. 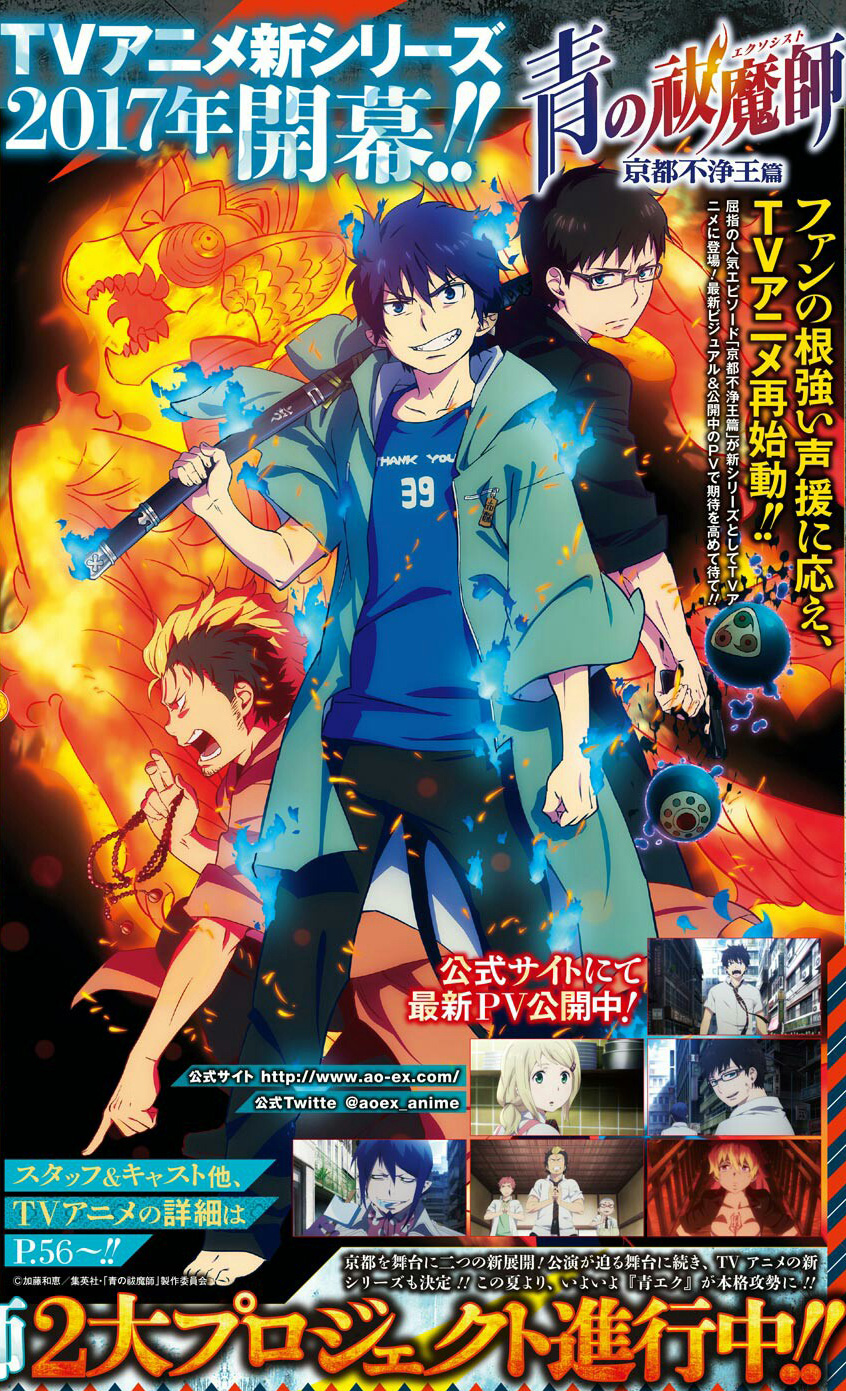 Additionally, there is a mysterious countdown timer on the anime’s official website ticking down to July 4th at 12:00am JST. That day, July 4, will also see the release of the manga’s 17th volume. The first promotional video of the 2017 anime is also set to release on the site. 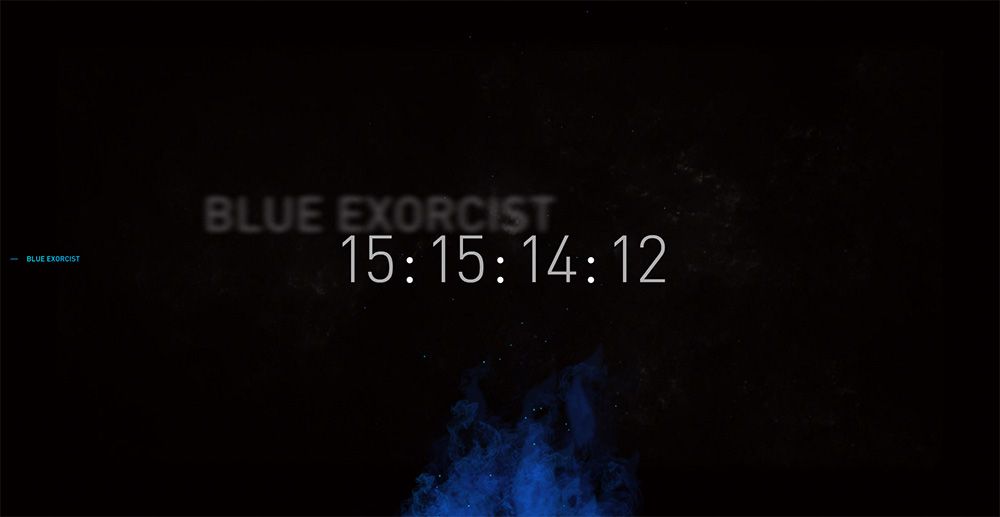 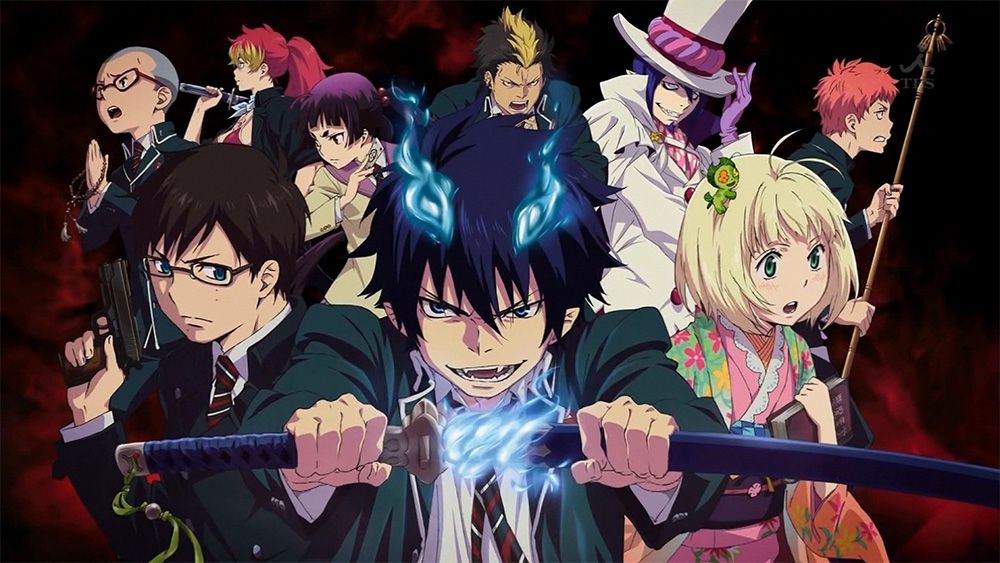 A brand new Blue Exorcist TV anime is in production for 2017. It has not been confirmed whether it is a sequel/season 2, but it is hinting as one. Further information will be revealed on July 4th.