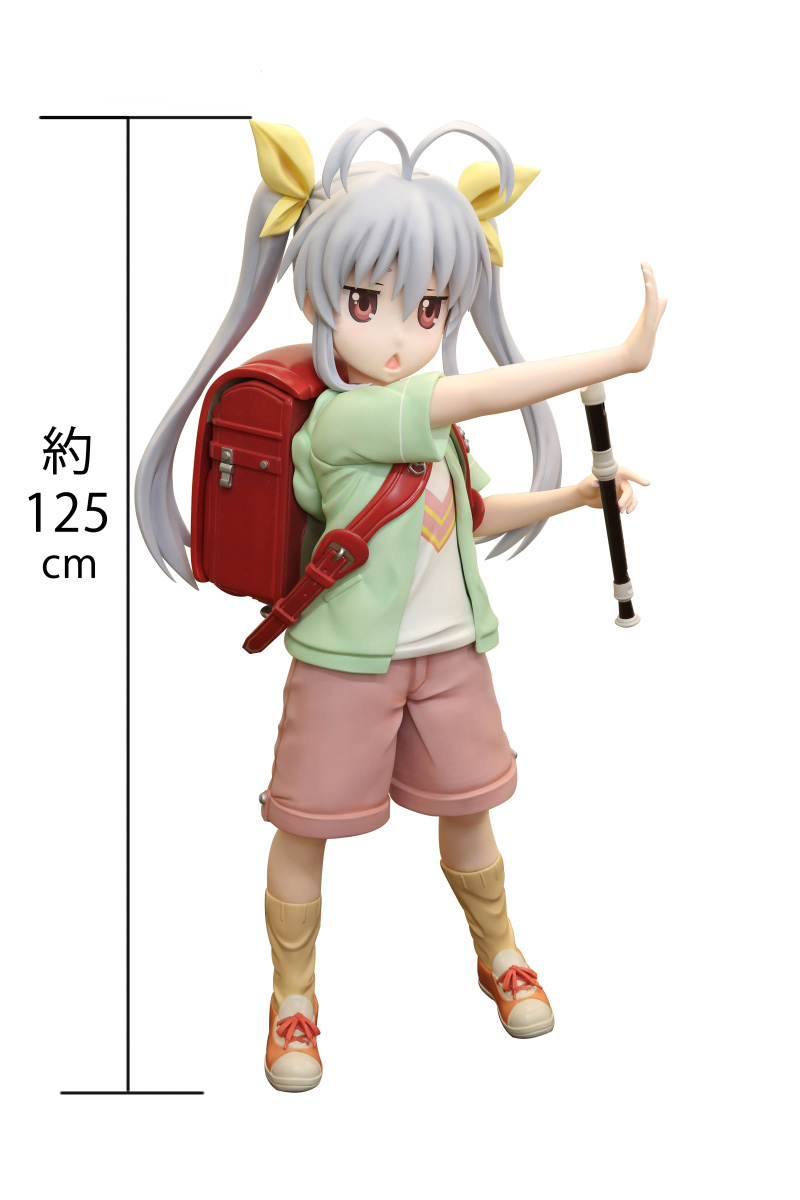 The figure is sculpted by Bifuru (PMG) standing at 125cm (4’1″) and is modeled after Renge in the recent 2015 anime adaptation of the manga, Non Non Biyori Repeat. Orders for the figure were avaliable at Wonder Festival with free shipping. The figure is selling for ¥789,000 (~ US$7,521).

Renge Miyauchi is voiced by Kotori Koiwai (Utsu-tsu in Gatchaman Crowds) in the anime.

Non Non Biyori is a comedy slice of life manga written and illustrated by Atto. The manga began in 2009 published in Media Factory’s Monthly Comic Alive magazine. To date there a total of 9 volumes have been produced, with the 8th volume scheduled to release on March 23rd next year. An anime adaptation of the series was made in October 2013. An anime adaptation of the series was produced in 2003 by Silver Link (Strike the Blood, Kokoro Connect) with Shinya Kawatsura (Kokoro Connect, .hack//Gift) directing. A second season debut in Summer 2015. To date the manga has sold over 1 million copies in Japan.

Orders for the life sized Renge were avaliable today at the Summer 2016 Winter Festival event. Further details about its release date, and public order date, will be revealed at a later date.