The first trailer has been released for the upcoming Love Live! Sunshine!! anime. This 10 minute lengthy trailer shows off the idols’ first single, as well as introducing them throughout the video and giving background details about the upcoming anime.

The Love Live! Sunshine!! anime is currently in production and is slated for July, during the Summer 2016 anime season.

Details about the anime were earlier revealed: 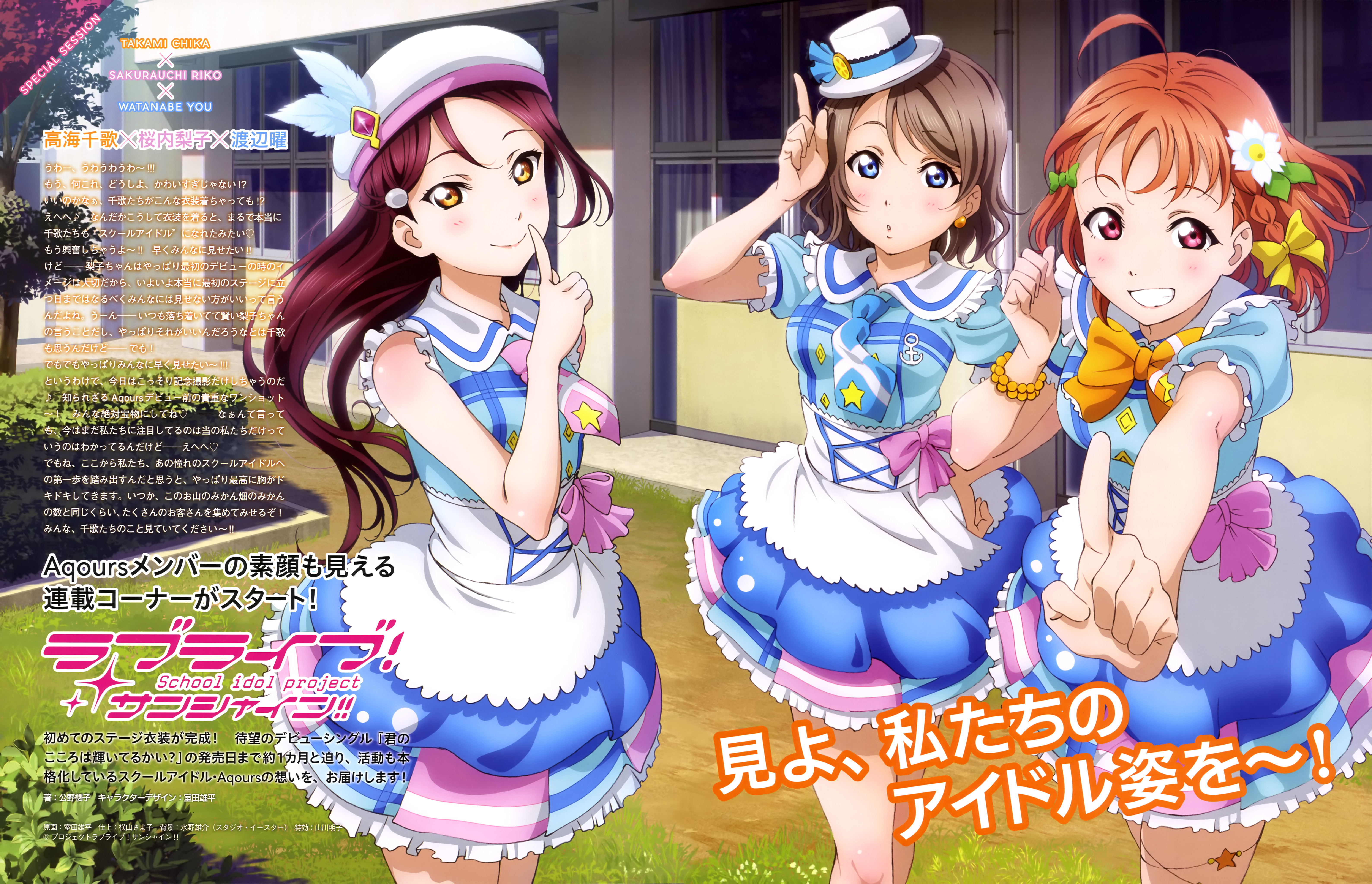