The MadoGatari art exhibition, the 40th Anniversary celebration project for studio Shaft, is coming to a close and as one last present a series of new figures and art are being put up as prizes.

The first lot of new merchandise are figures of the leading ladies from the campaign, in Banpresto’s CraneKing machines. Hitagi Senjougahara from Bakemonogatari and Madoka Kaname from Mahou Shoujo Madoka★Magica have joined forces in this new figure from Banpresto, being friends and even wearing each other’s outfits. They were previously revealed at the 2016 Prize Fair. Both figures are sold separately but can be joined together. The figures however are only available as prizes via Cranking’s arcade machines. 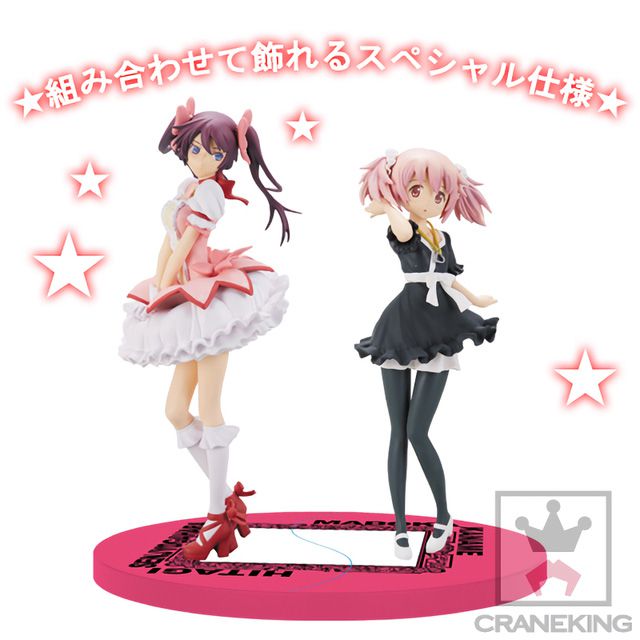 The Hitagi figure in Madoka clothes stands at 18cm tall: 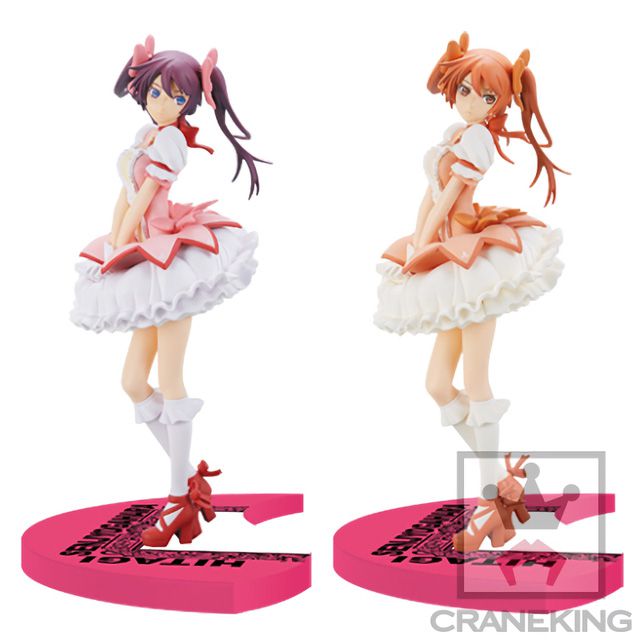 And the Madoka figure in Hitagi’s clothes stands at 17cm tall:

A special lottery will be held on November 12th where a massive MadoGatari prize can be won. The winner will receive: 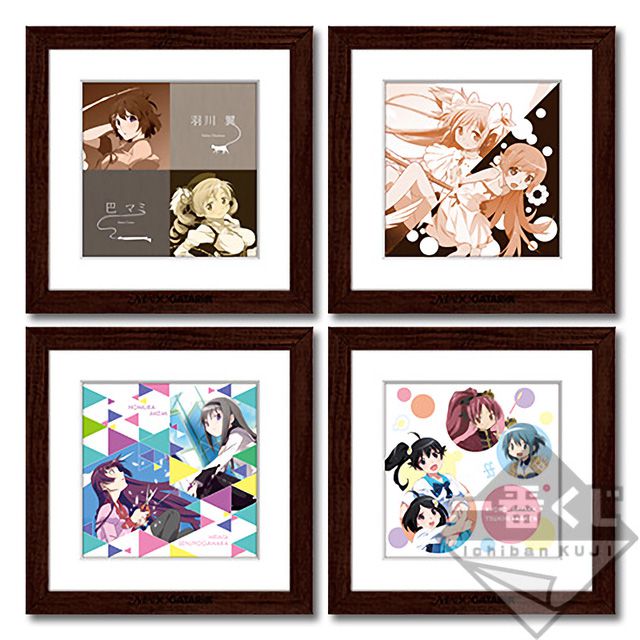 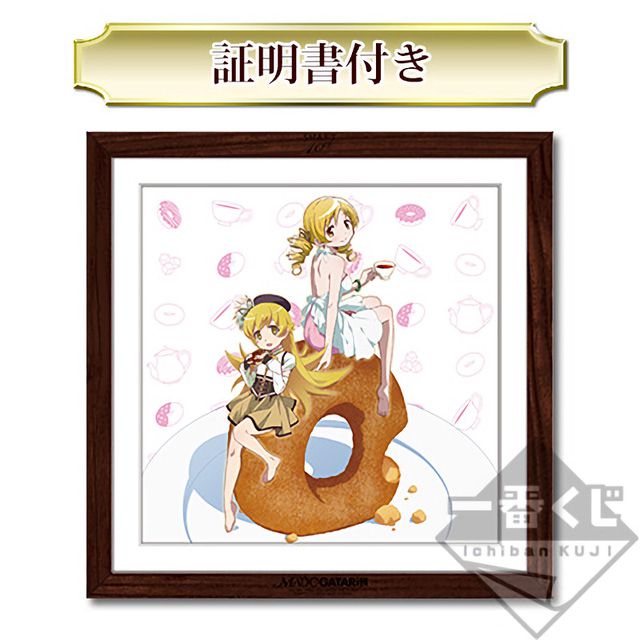 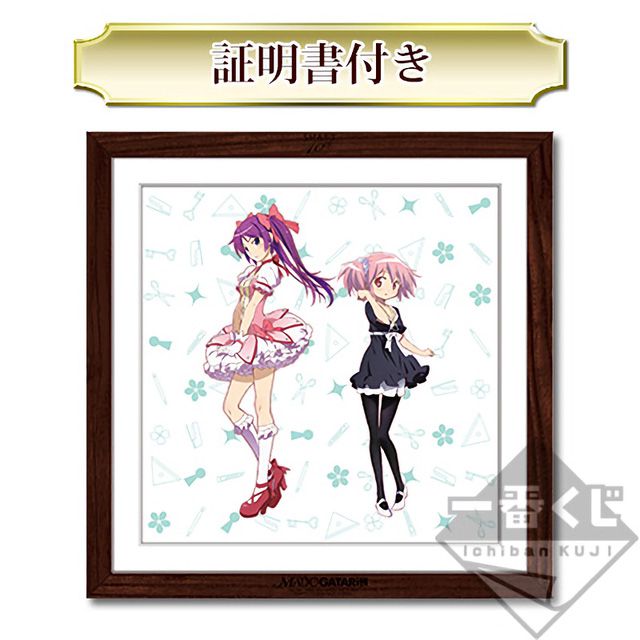 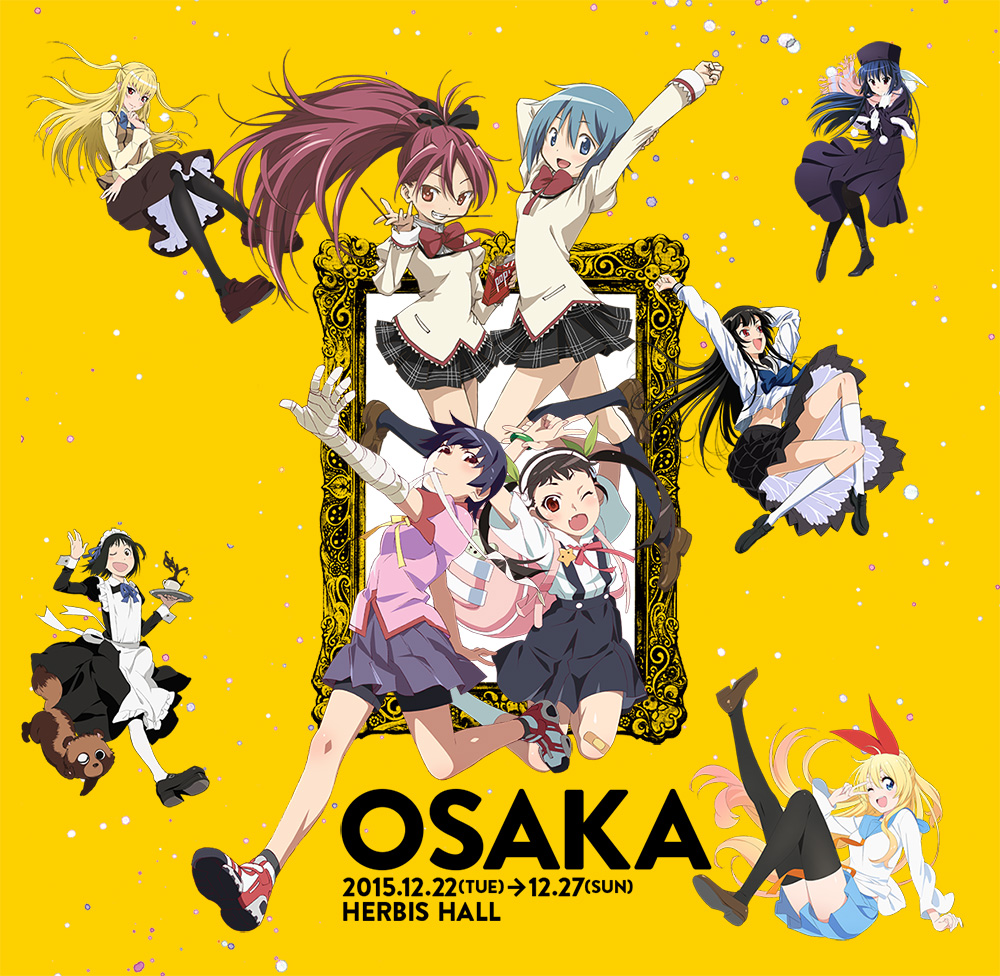 The MadoGatari figures of Hitagi and Madoka are currently available as prizes in CraneKing’s arcade machines across Japan. A special lottery will be held on November 12th, with various framed art as prizes.