A brand new visual for the upcoming Sword Art Online the Movie: Ordinal Scale anime film has been unveiled in the recent issue of Dengeki G’s magazine. The film itself is set to release in Japan in Spring 2017. 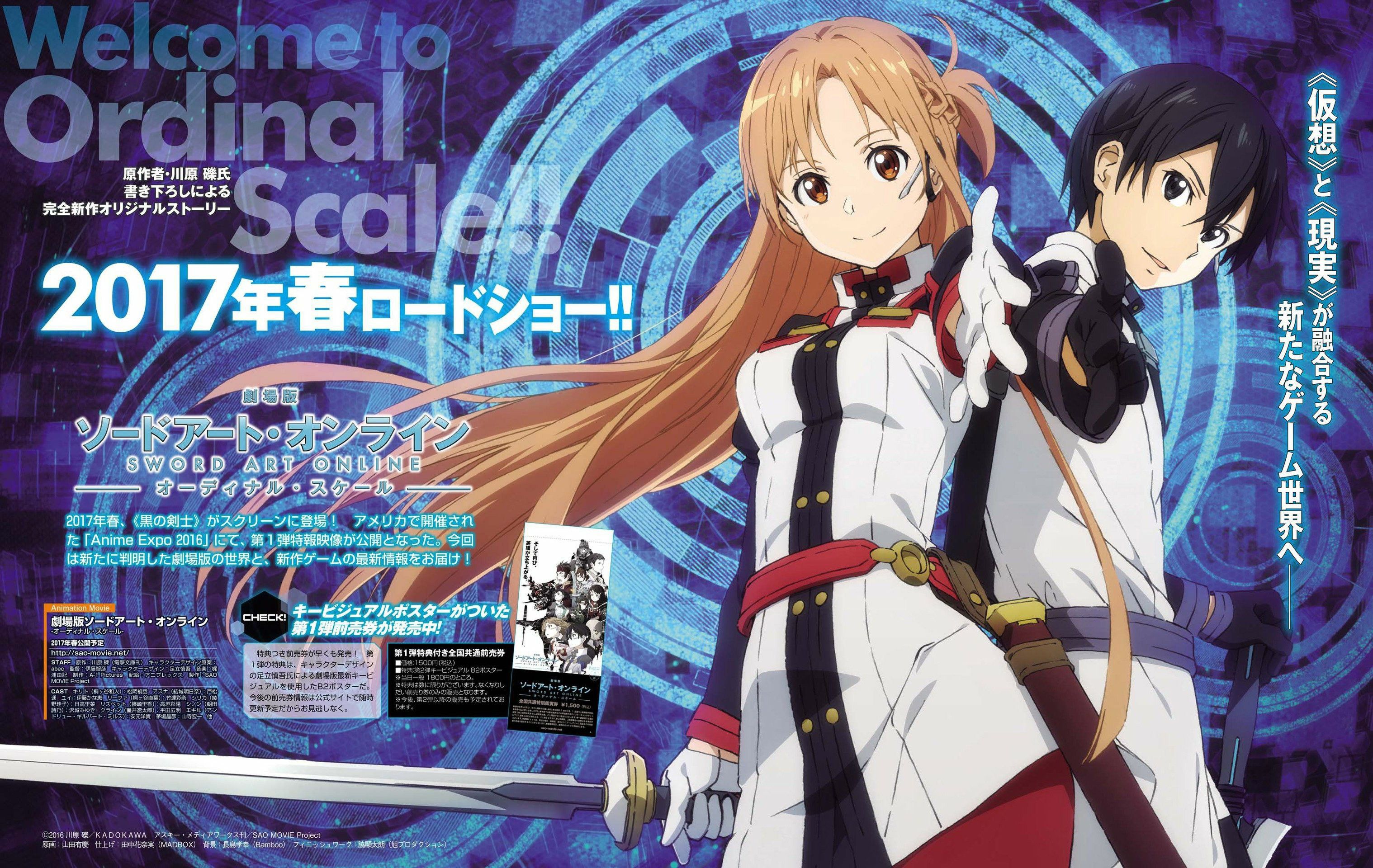 The film will release in Japan in over 150 theatres in Spring 2017. In addition, the International website of the movie has also echoed that the film is set for a Spring 2017 release in North America. The Spring 2017 season of anime generally runs from late March until June.

Sword Art Online the Movie: Ordinal Scale is in production and will release across over 150 Japanese theatres in Spring 2017. The movie will also be out across North America in Spring 2017. More information about the anime movie will be revealed in the upcoming months.