The newest issue of Shueisha’s V-Jump magazine has revealed a brand new visual for the Dragon Ball Super (Dragon Ball Chou) anime. Details about whether the new visual is for a new arc or a single episode, has not been confirmed. 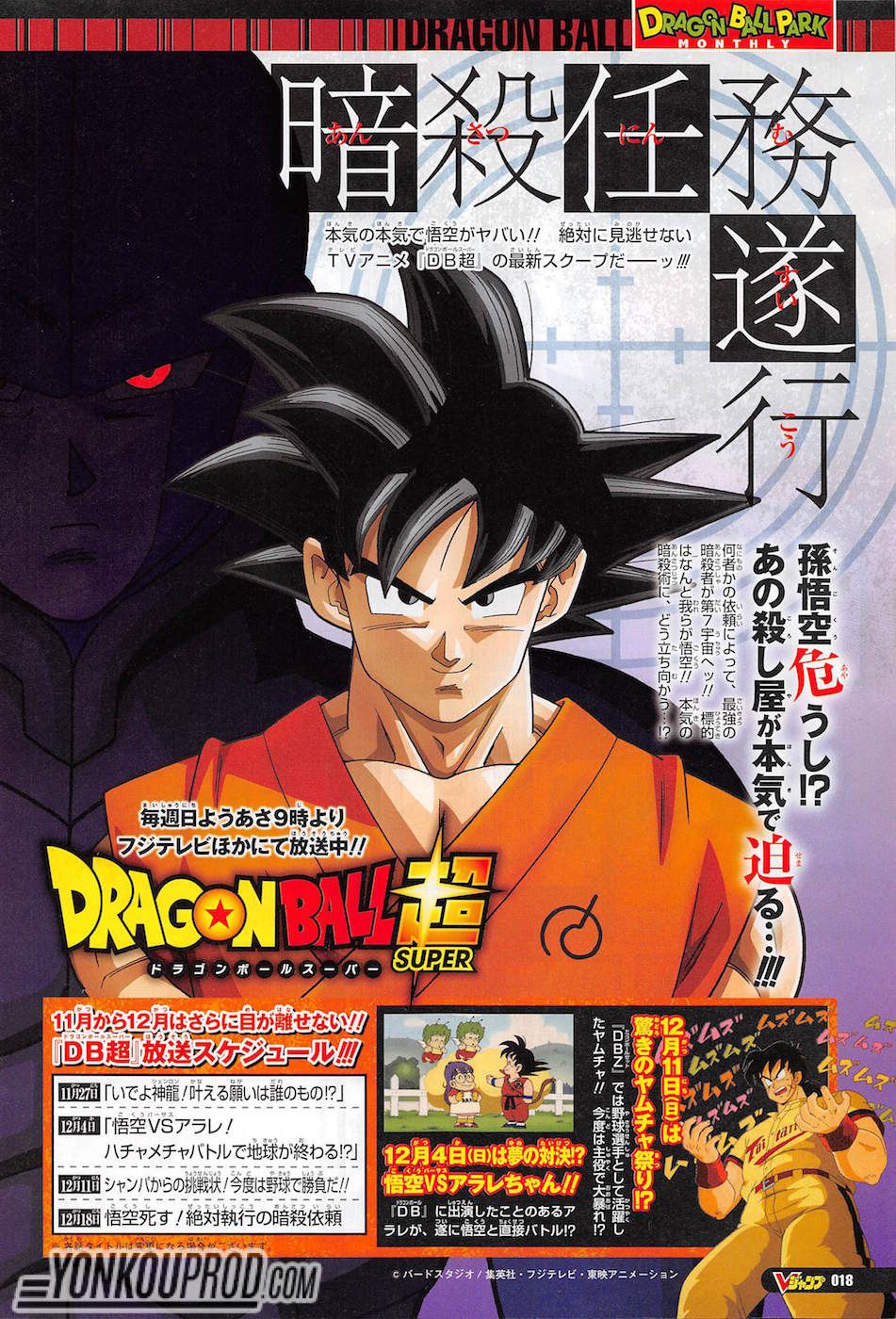 The new visual teases the return of the assassin Hit, from the Universe 6 arc, who has somehow made his way to the main universe of the Dragon Ball series. Hit will appear on Episode 71, airing on December 18, but beforehand there will be a series of one off episodes:

The new visual teases of a new episode that features the return of Hit, which begins from  Episode 71, on December 18. More information about whether it will be a single episode, mini arc or full arc, will be revealed in the upcoming weeks.