The official website of the anime adaptation of Tappei Nagatsuki and Shintarou Otsuka’s Re: Zero Kara Hajimeru Isekai Seikatsu (Re: Life in a Different World from Zero) light novel series has revealed a brand new visual for the 2nd cour/half of the anime. 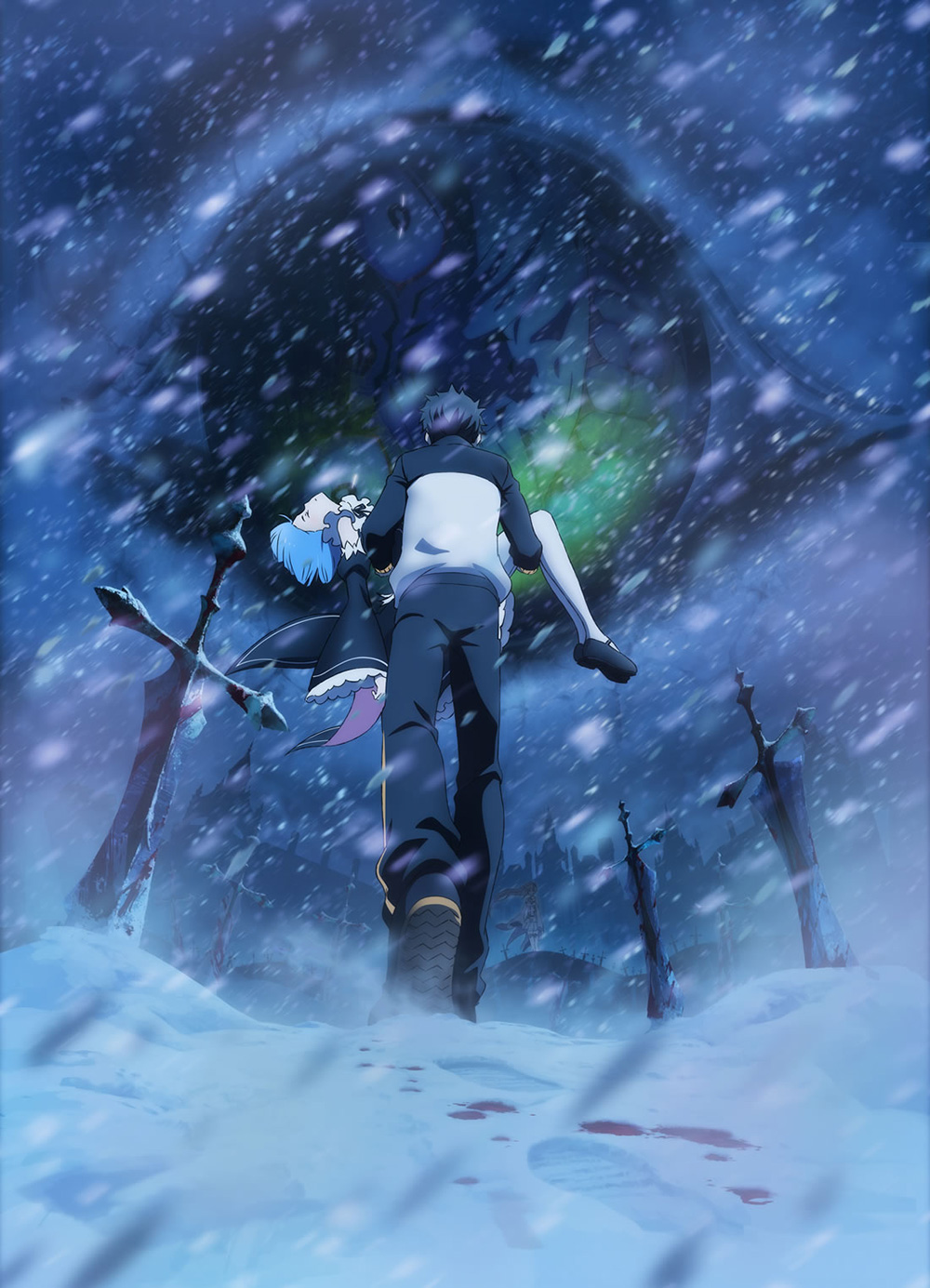 The Re:Zero TV anime currently every Monday at 1:05am JST on TV Tokyo. The anime also airs on TV Osaka on Wednesdays at 1:35am JST and on TV Aichi every Friday at 2:05am JST. The anime will run for a total of 25 episodes.

The anime will be split up into a total of 9 Blu-ray and DVD volumes. The next volume, #2, will release in Japan on July 27th, with the final volume releasing on February 24th, 2017.

The Re:Zero kara Hajimeru Isekai Seikatsu anime airs every Monday at 1:05am JST on TV Tokyo. The series will be a 2 cour series running for a total of 25 episodes.