In a preview of the upcoming issue of  Shueisha’s V-Jump magazine the next arc of the Dragon Ball Super (Dragon Ball Chou) anime: the Universe Survival Arc. The issue has also revealed that the arc won’t start until Sunday, February 5th, 2017. 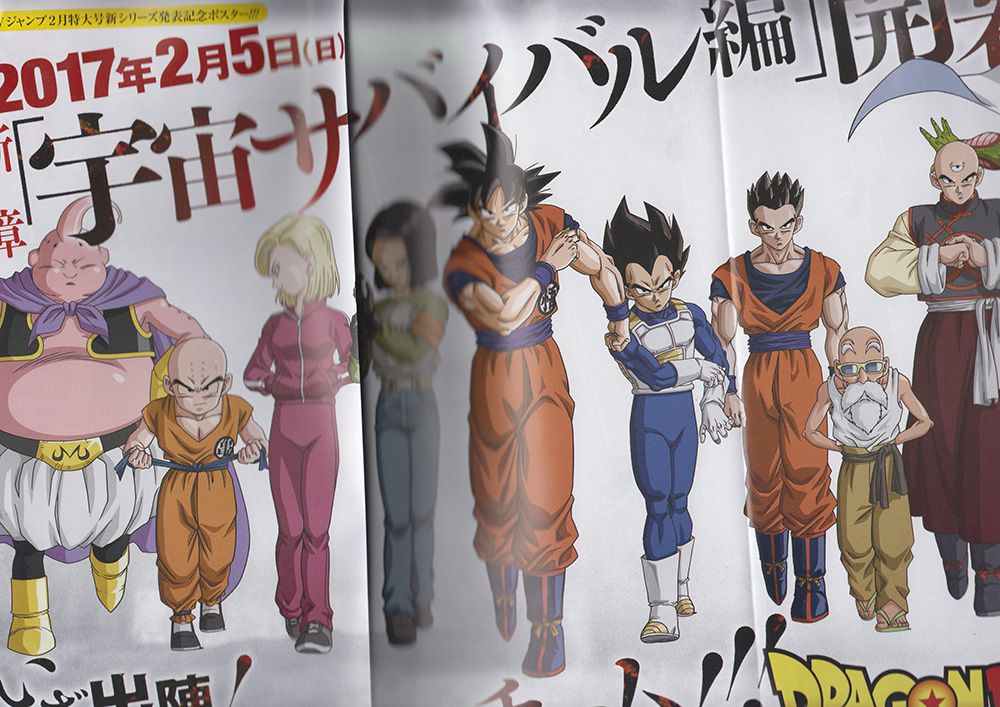 The next major story arc for Dragon Ball Super is Universal Survival Arc and will begin on February 5th. More information will be revealed in the next issue of V-Jump and at Jump Festa 2017.