The official Twitter account of animation studio Gainax West has revealed a brand series of projects for the Panty & Stocking with Garterbelt anime series. Three projects were revealed that consists of: a new product release, an exhibition and a theme cafe. The new project was teased late last month. 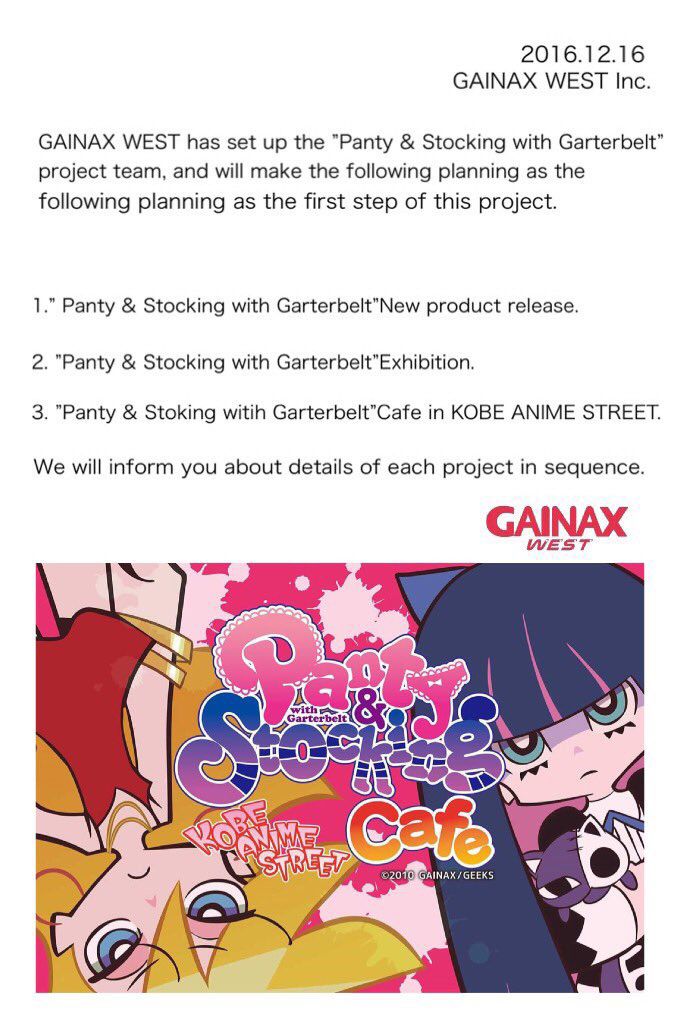 The three new items are part of a brand new project helmed by the new studio. The announcement also noted that it will be the first step in the overall project. The themed cafe will be held on Kobe Anime Street, Kobe, Japan. Further details about all three projects will be revealed at a later date.

Gainax West itself is a new branch of the Gainax animation studio that opened earlier this March. Yasuhiro Takeda (Gurren Lagann and Panty & Stocking with Garterbelt Producer) is currently head of the new studio.

Panty & Stocking with Garterbelt is a 2010 comedy anime produced by Gainax (Neon Genesis Evangelion, FLCL) and directed by Hiroyuki Imaishi (Gurren Lagann, Kill la Kill). The series is a 13 episode TV anime that aired in the Fall/Autumn 2010 anime season, with a follow up OVA. In addition to the anime, a short manga by TAGRO was published in  Kadokawa Comics Ace’s Young Ace magazine that year. 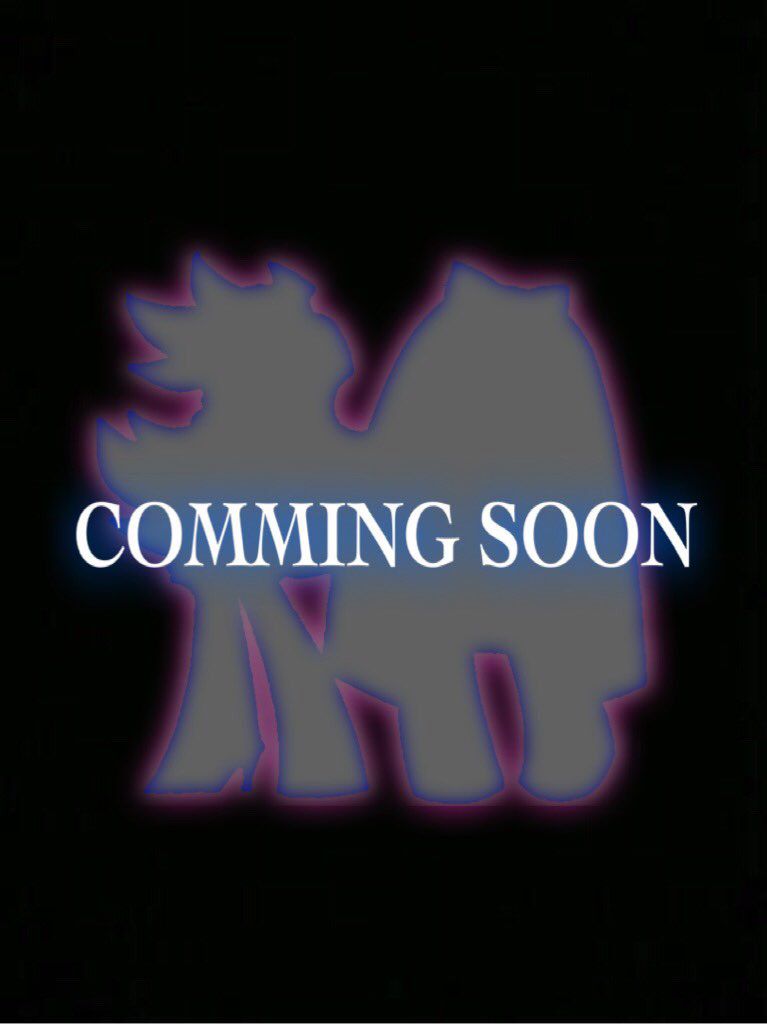 Three new Panty & Stocking with Garterbelt projects are in development: a new product, an exhibition and a cafe. Further details about the projects, and possible announcement of more projects, will be revealed at a later dat.