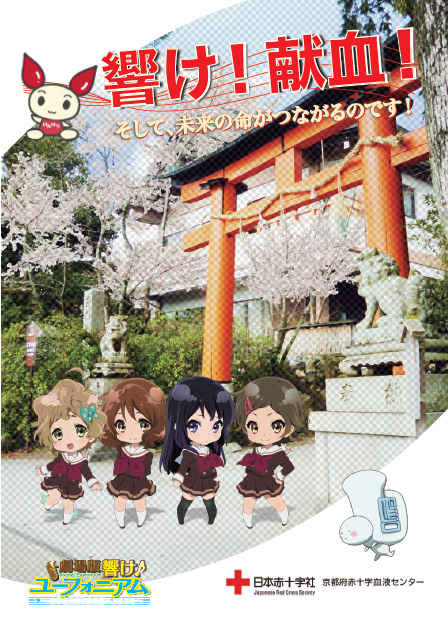 The campaign’s website briefly listed that the second season will air this Fall/Autumn, which generally begins in October, before been edited a short time later. It read:

To coincide with the second season’s premiere, we will run a similar campaign this fall.

The sentence on the page now reads:

We plan to launch a similar campaign soon, so look forward to it!

The campaign is to promote a local blood drive in Kyoto that will begin on  April 23rd, which is also the release of the Hibike! Euphonium compilation film, Gekijouban Hibike! Euphonium: Kitauji Koukou Suisougaku Bu e Youkoso (Sound! Euphonium the Movie: Welcome to the Kitauji High School Concert Band).

A compilation film of the anime was announced at the recent Kyoto Animation & Animation Do Fan Event, alongside the second season of the Hibike! Euphonium anime. Here is the main visual of the announcement: 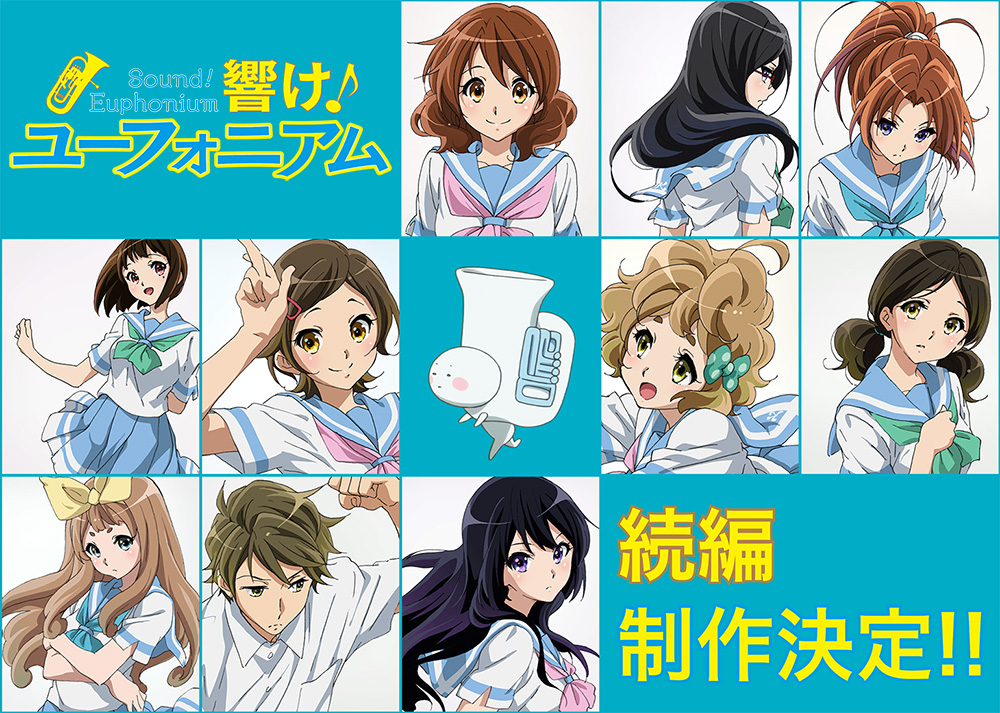 The compilation film will retell the events of the 13 episode series, depicting the band’s journey as they reach the prefectural band competition.

Here is the latest trailer for the movie, which also reveals the release date of April 23: 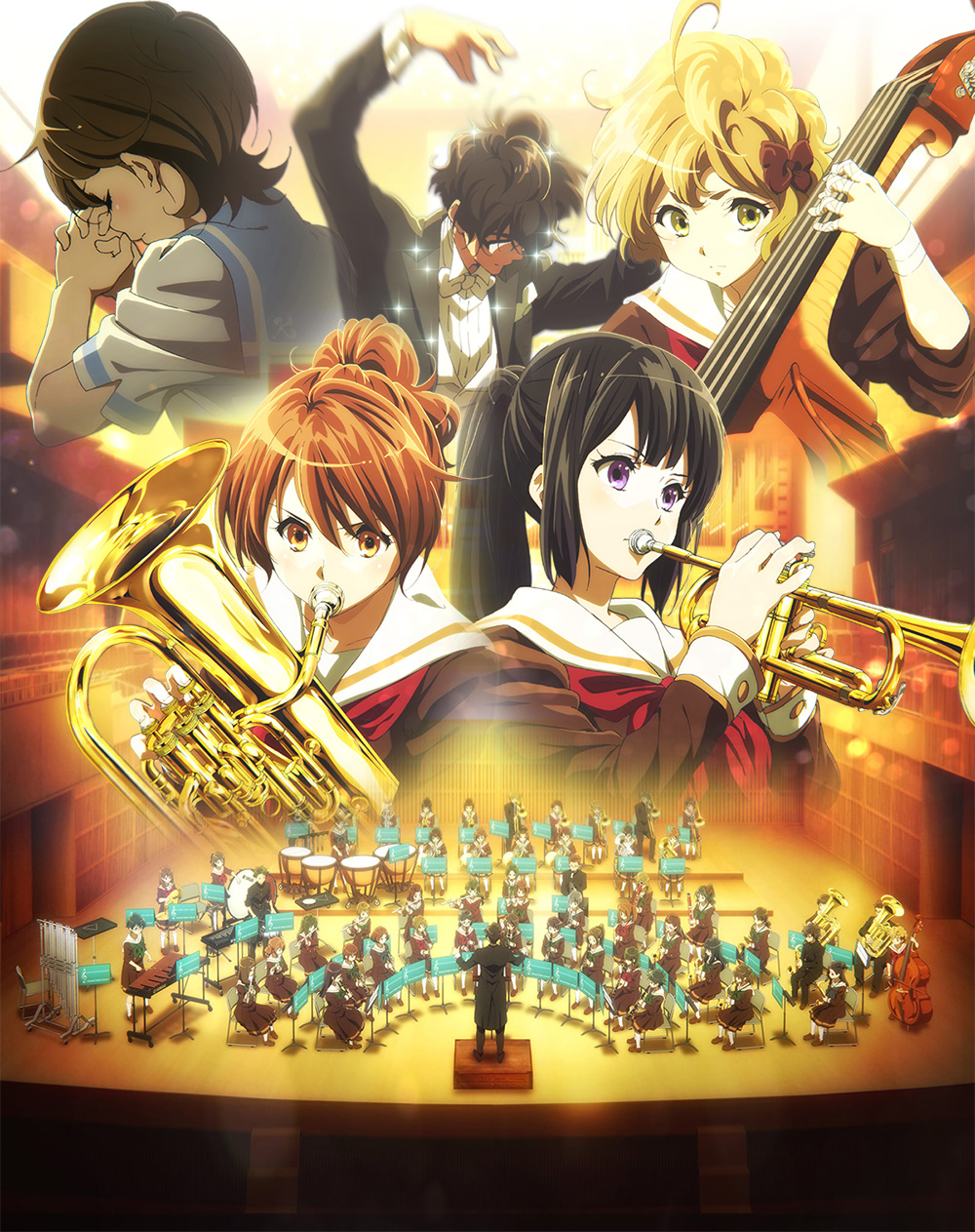