The official website of the currently ongoing anime adaptation of Tappei Nagatsuki and Shintarou Otsuka’s Re: Zero Kara Hajimeru Isekai Seikatsu (Re: Life in a Different World from Zero) light novel series has announced that the next three episodes are likely to be postponed.

The 8th, 9th and possibly 10th episode of the Re:Zero anime may be delayed on TV Tokyo, TV Osaka and TV Aichi from May 22nd to June 5th. The reason for this is due to the broadcast of the French Open. Depending on the French Open broadcast, the upcoming episodes may only air at a different time rather than a different day.

The anime will be split up into a total of 9 Blu-ray and DVD volumes, totalling 25 episodes. The first volume will release in Japan on June 24th, with the final volume releasing on February 24th, 2017. The first and last volumes will contain 2 episodes, whilst all the other volumes will feature three episodes. 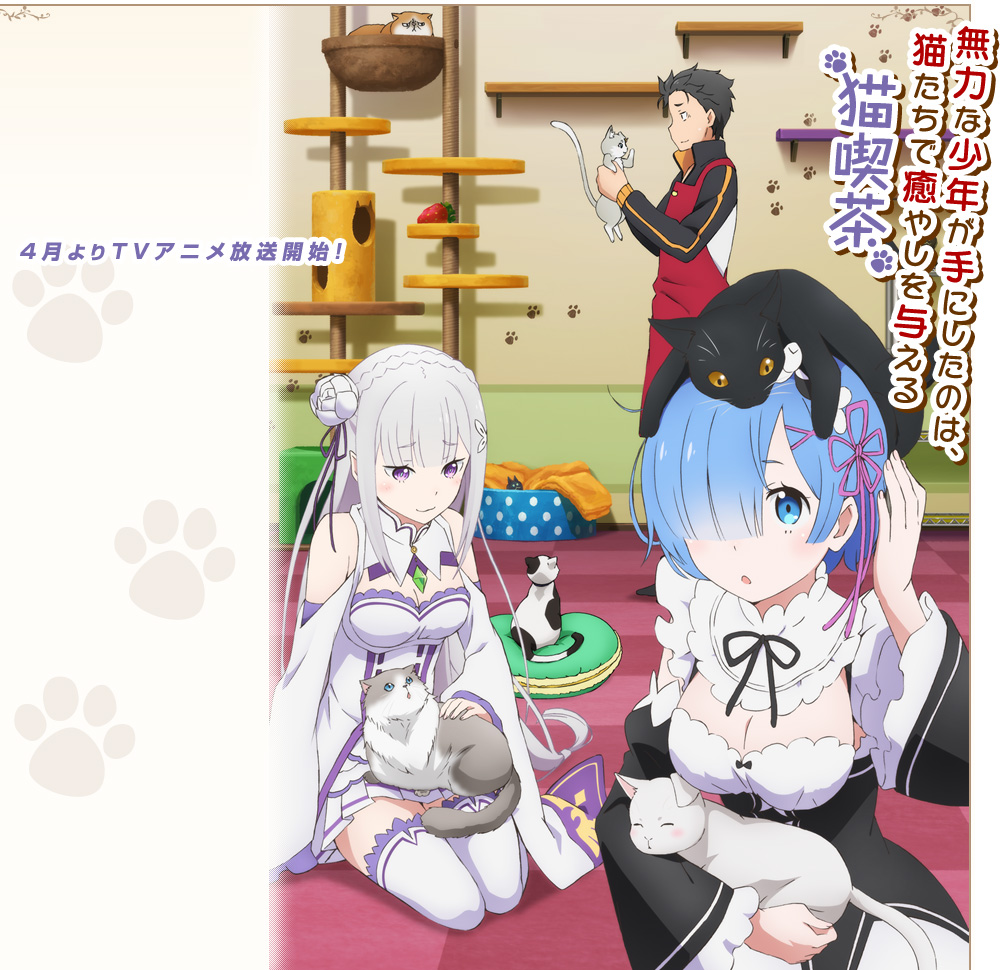 The next three episodes of the Re:Zero kara Hajimeru Isekai Seikatsu anime may be delayed due to the broadcast of the French Open. Further details about the correct times will be revealed at a later date. The series will be a 2 cour series running for a total of 25 episodes.