Following the success and popularity of the Asuna Alarm app Sony Media Communications are developing another app to help brighten up your day. This time, it is an all in one personal assistant featuring Megumi Katou from Fumiaki Maruto and Kurehito Misaki’s Saenai Heroine no Sodatekata (Saekano: How to Raise a Boring Girlfriend). 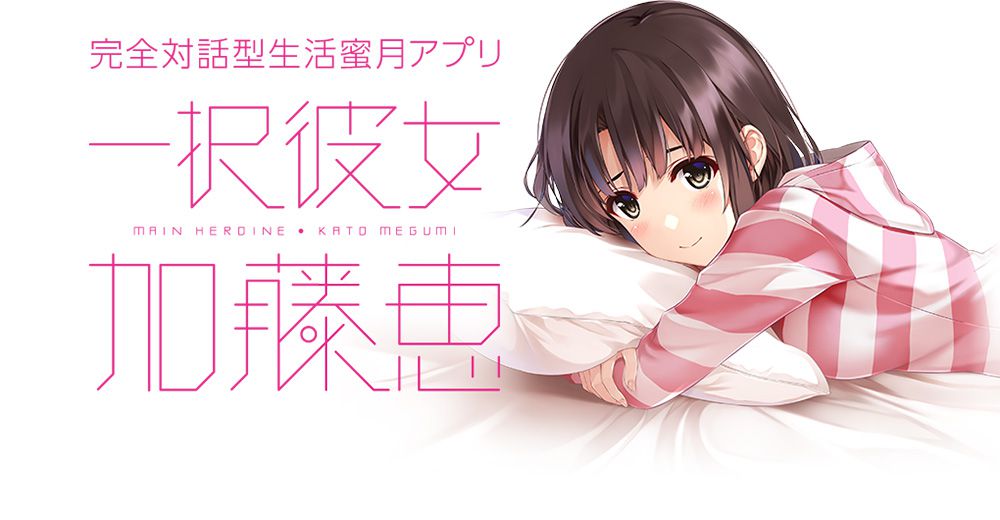 The Megumi Katou application will do a variety of tasks and even respond to certain commands. Kiyono Yasuno (Tina Kobayakawa in Wake Up Girls!) will of course be returning to voice Megumi Katou.

The app uses Live2D technology that allows accurate mouth movement to be in sync with the audio and fluid movement and touch response of characters. 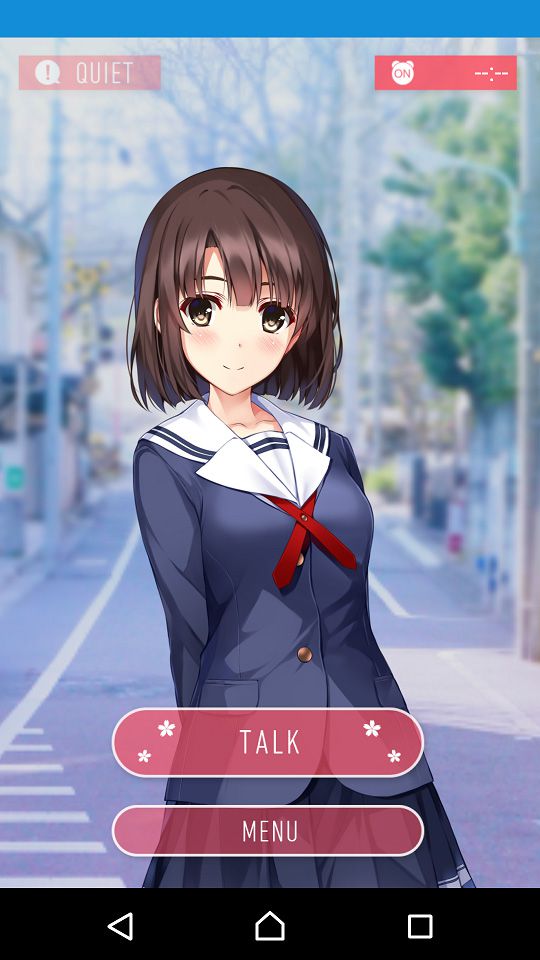 As with the Asuna application, Megumi will be able to call you by your name (or any name you set it to) and even answer questions. Basic commands like checking the weather, setting an alarm, reading the time, setting up reminders and even asking her that you want to be with her will elicit a response from Megumi.
You can find the full list of commands here: http://mezamane.com/megumi/talk/. 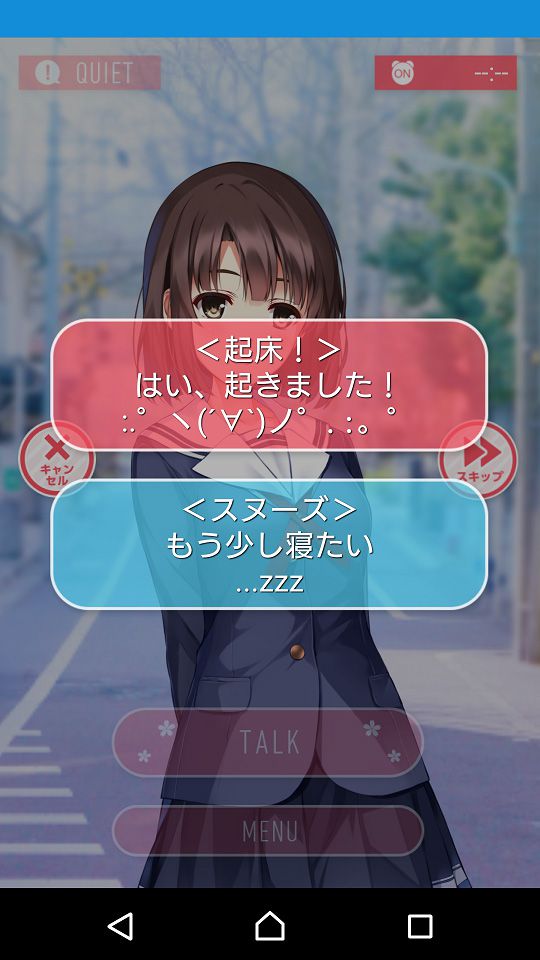 One of the key features of the app is the night mode, where Megumi will be sleeping right next to you. She will generally be breathing as she tries to sleep as you do, but if you are having trouble sleeping you can still have a small conversation with her until you get sleepy. Otherwise, you can sleep tight and listen to her soothing sounds.

Here is the trailer for the app showing off the night mode:

The app also features a mood barometer, where like a real girlfriend, Megumi’s mood will change from time to time. Her mood may impact some of the everyday things she will say, ranging from things like fortune telling to talking about the weather. 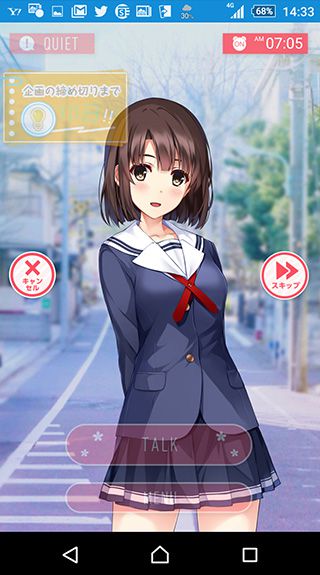 In addition, there will be additional costumes that Megumi can wear. At the current moment, only one other costume has been revealed so far, but more costumes will come at a later date. 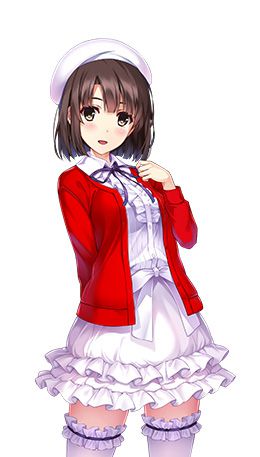 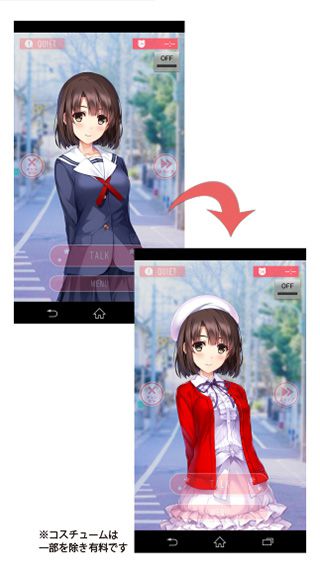 Some costumes may be able to be obtained through the app’s game function. During 10 days each month, you and Megumi will be able to collaborate on developing a game scenario. Each month, a new challenge arises where you must find the perfect solution for the game scenario.

Megumi may drop hints throughout the day on a possible answer. You can purchase energy drinks for Megumi to allow up to 10 hints a day. You can provide your answer to her once a day until you get the correct solution. If you do, you may get a special reward. If you get it wrong, you can try again the next day. Answers and challenges vary month to month and player to player, so there is little point in trying to cheat. 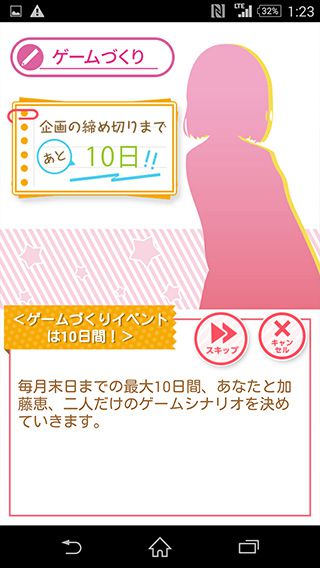 At the moment the application is currently in beta and only available on Android devices in Japan.
You can find the application via this link: https://play.google.com/store/apps/details?id=com.mezamane.megumi

Saenai Heroine no Sodatekata (Saekano: How to Raise a Boring Girlfriend) is a comedy, drama and romance light novel series written by Fumiaki Maruto and illustrated by Kurehito Misaki. The series began in 2012 in Fujimi Shobo’s Fujimi Fantasia Bunko imprint where a total of 8 compiled volumes have been published to date. The series also received three manga adaptations in 2013 from different artists and publications. The first main adaptation began in January in Fujimi Shobo’s Monthly Dragon Age magazine by Takeshi Moriki, the second is a spin-off titled Saenai Heroine no Sodatekata: Egoistic-Lily from Niito and was published in Kadokawa Shoten’s Young Ace magazine from February till May for 3 volumes last year. The third adaptation, titled Saenai Heroine no Sodatekata: Koisuru Metronome, began in August 2014 in Square Enix’s Big Gangan magazine. An anime adaptation of the series was produced for the Winter 2014/2015 anime season by Kanta Kamei (Usagi Drop, Ore no Kanojo to Osananajimi ga Shuraba Sugiru) and A-1 Pictures (Aldnoah.Zero, Sword Art Online). A second season was announced for Spring 2017.

You can find the app here: https://play.google.com/store/apps/details?id=com.mezamane.megumi
And the app’s website here: http://mezamane.com/megumi/

Source Article - Megumi Katou All in One Assistant Application