The latest issue of Dragon Magazine has revealed that the upcoming second season of the anime adaptation of Fumiaki Maruto and Kurehito Misaki’s Saenai Heroine no Sodatekata (Saekano: How to Raise a Boring Girlfriend) will feature the return of the first season’s staff. 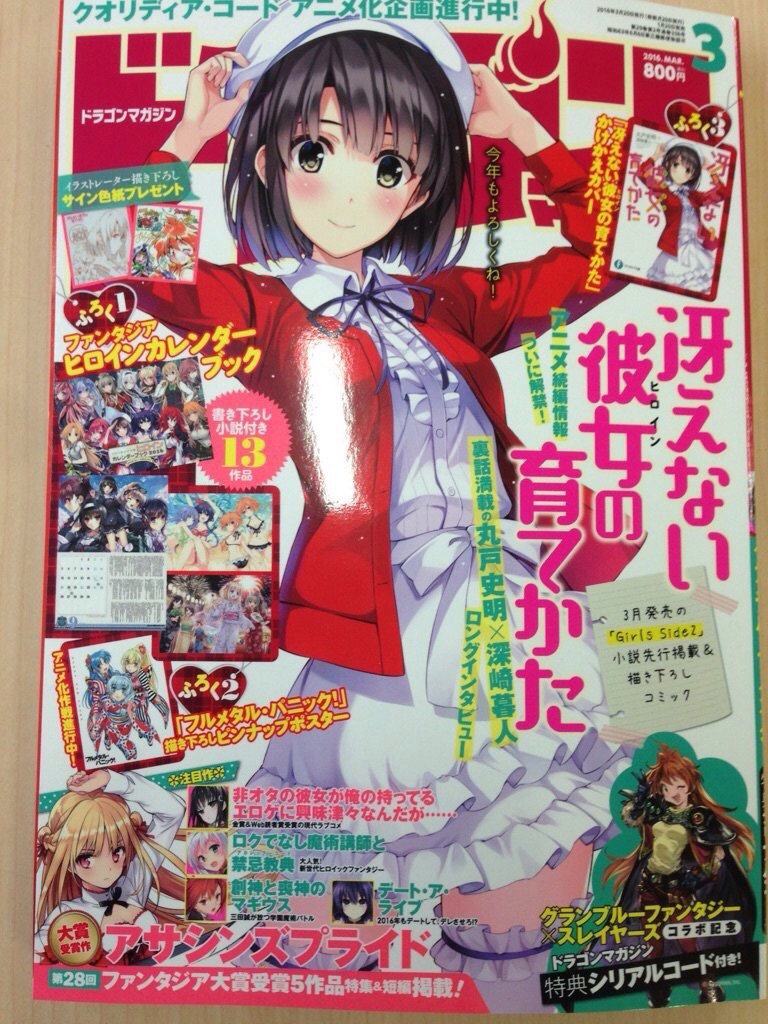 The issue has revealed that the main staff members from the first season will return for the second season. They include: