The newest issue of Shueisha’s Weekly Shonen Jump magazine has announced that Shuuichi Asou’s Saiki Kusuo no Ψ Nan (Saiki Kusuo no Psi Nan) manga will be adapted into a TV anime that will begin airing this July. The main cast and staff were also revealed. 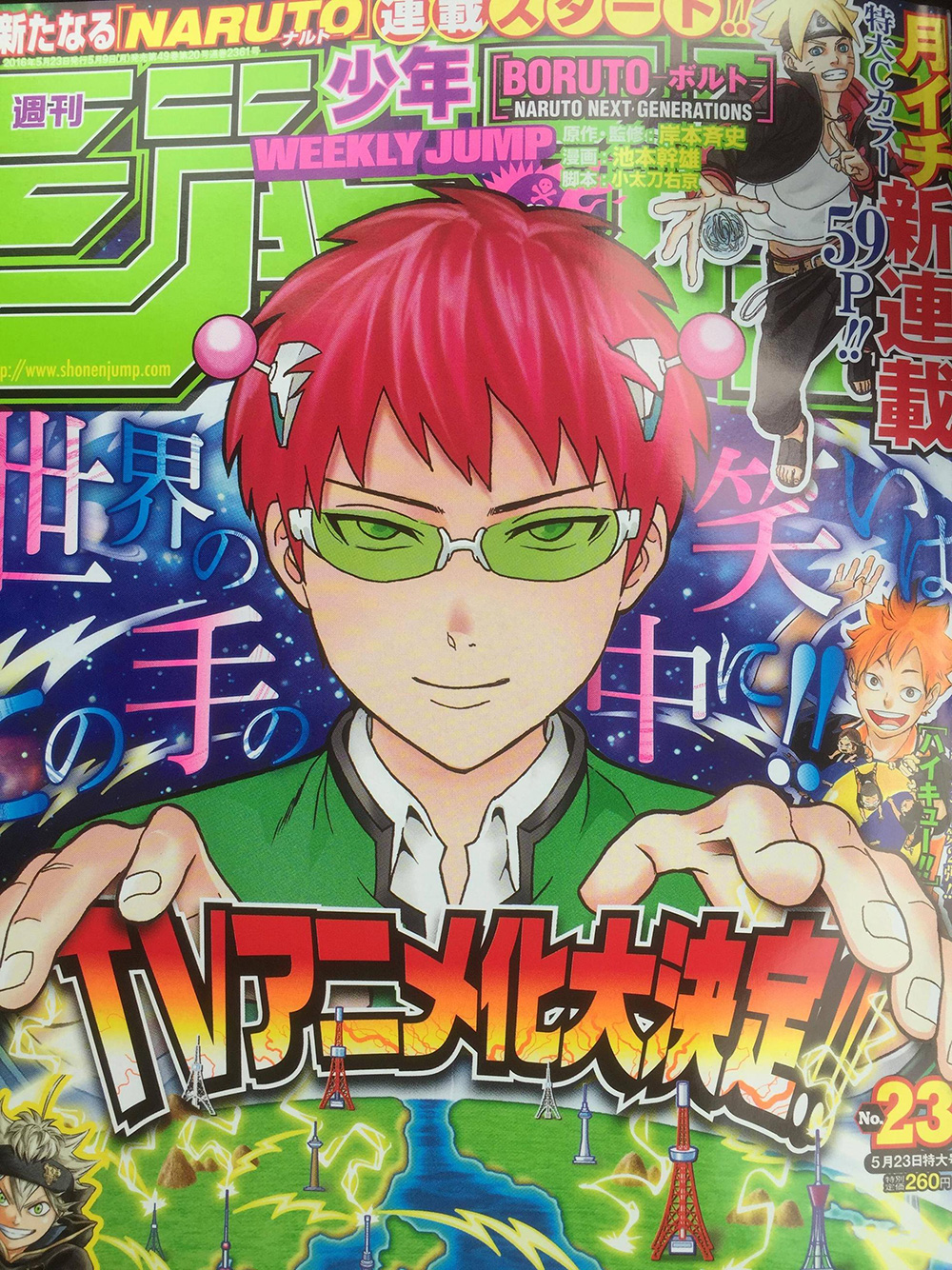 The anime will start its July debut with a double broadcast on TV Tokyo, airing in the morning during the Oha-Suta program and later at night.

The first members of the anime’s cast were also revealed:

Saiki Kusuo no Ψ Nan (Saiki Kusuo no Psi Nan) is a supernatural, comedy manga written and illustrated by Shuuichi Asou. The series began as a series of one-shot chapters in Shueisha’s Weekly Shonen Jump and Shueisha’s Jump Next! magazines in 2011, before being picked up as a full series under Weekly Shonen Jump in mid 2012. To date a total of 17 volumes have been published. An ONA was produced in late 2013 from Opera House (Pyuu to Fuku! Jaguar). The series has also inspired three voice comics, two novels and an appearance in the 2014 Shonen Jump’s J-Stars Victory VS video game. 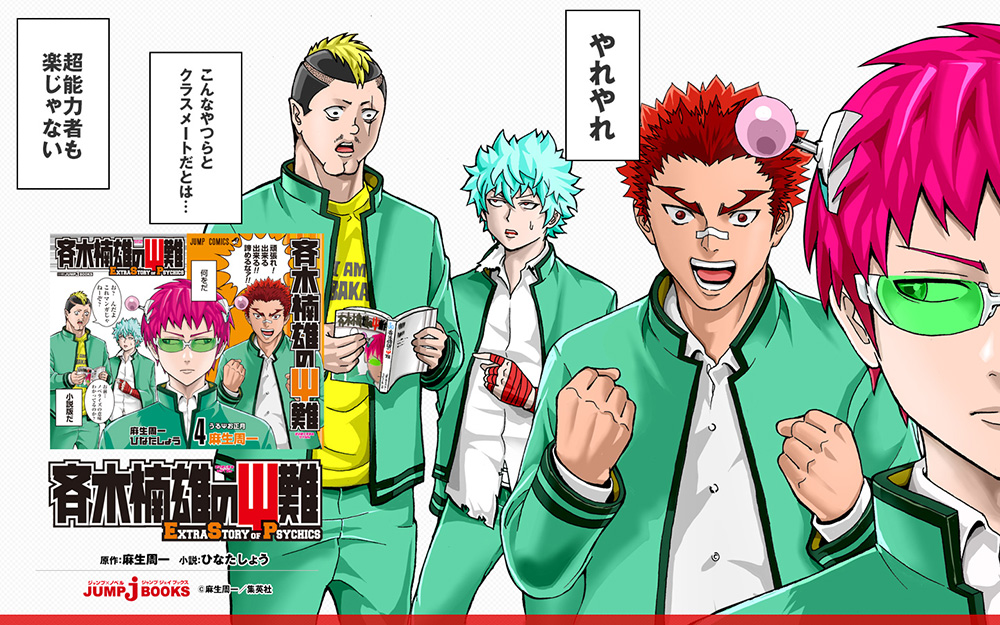 The Saiki Kusuo no Ψ Nan TV anime is being produced and will air this July on TV Tokyo, during the Summer 2016 anime season. Further information about the sieres will be revealed in the upcoming weeks.