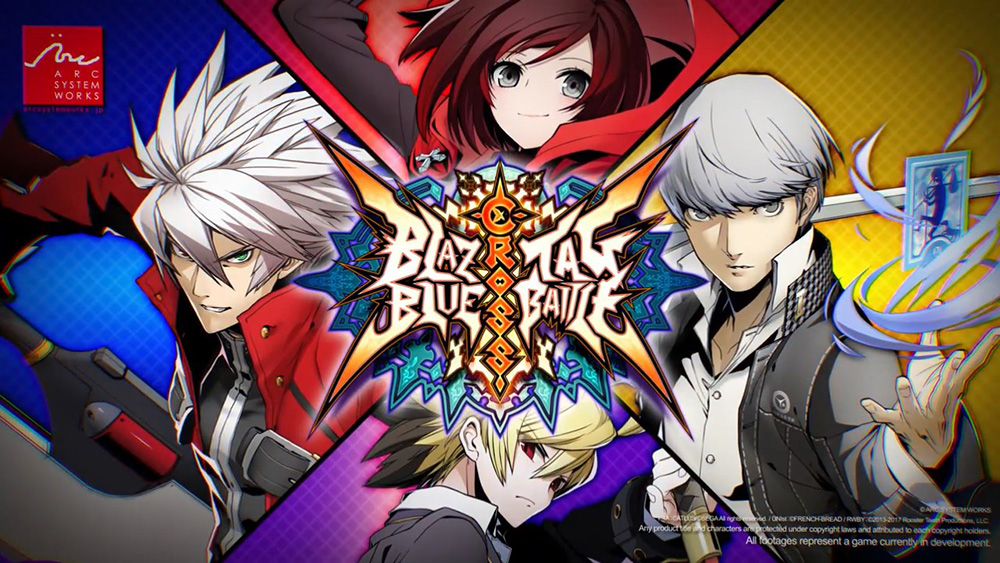 Here is the teaser trailer for the new game:

The announcement trailer shows off the main characters from each series in the crossover title:

Blazblue is one of Arc System Works’ key franchises, alongside Guilty Gear. Persona 4 Arena is a fighting game based on Atlus’ Persona 4 series developed by Arc System Works that released in 2012. Under Night In-Birth (UNIB) is a 2D fighter developed by French Bread, of Melty Blood fame, that originally released in 2012. RWBY is an online animated series produced by American media company Rooster Teeth, and will be the first fighting game based on the series.

As the title implies, the game will be a 2 player fighter with a tag in/tag out system. The game is set to release in 2018; more information about the game will be revealed at a later date. The developer is also currently developing Dragon Ball FigtherZ, a 2D fighter based on Akira Toriyama’s popular manga.