The official website for the anime adaptation of Kafka Asagiri and Sango Harukawa’s Bungo Stray Dogs manga has announced that the series will be receiving a new original anime film set to release on March 3rd, 2018. In addition, the first visual, cast, character designs, staff and trailer were also revealed. 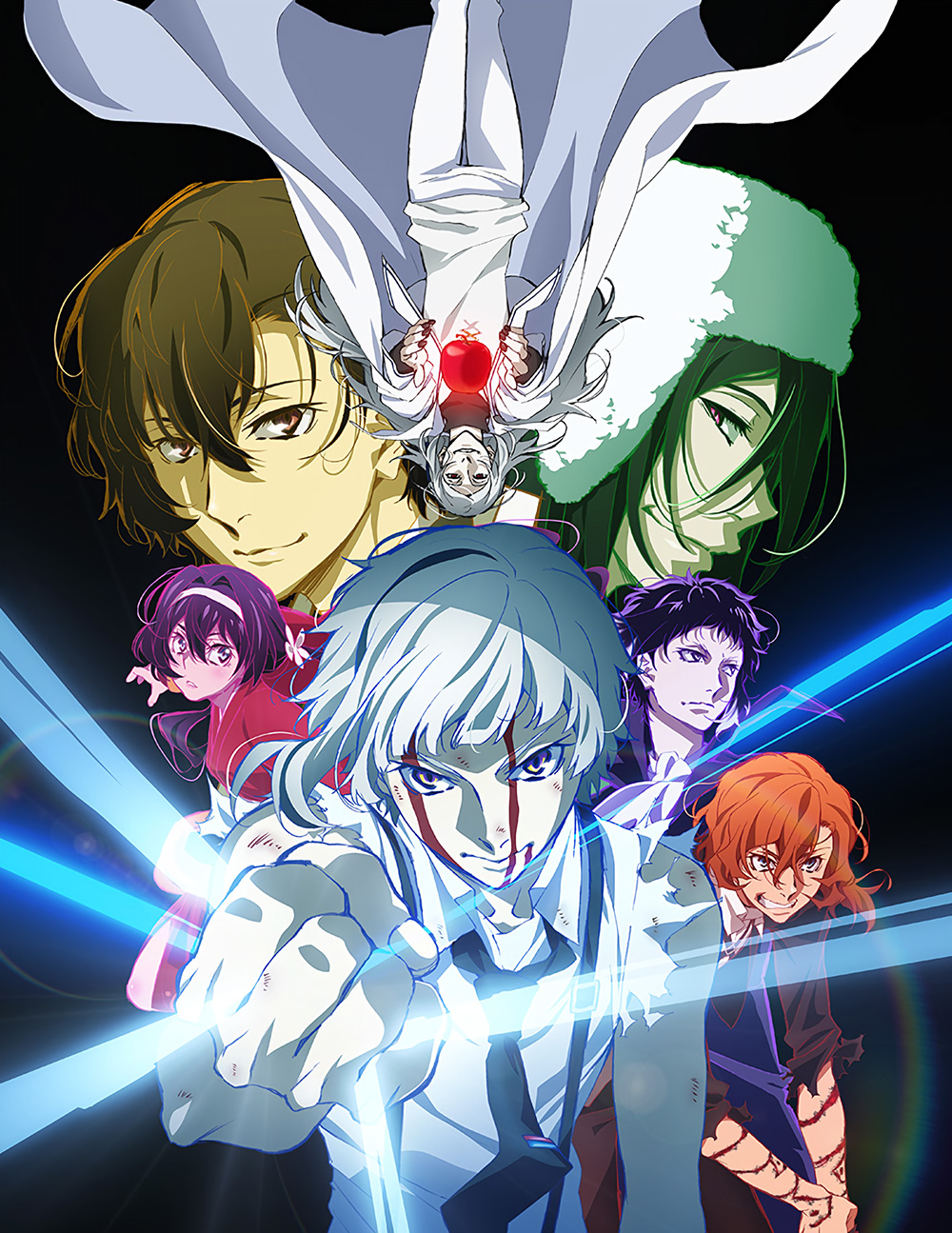 The upcoming film will be titled Bungo Stray Dogs: Dead Apple and will release in over 100 theatres across Japan on March 3rd, 2018. The film itself will feature a brand new original story. 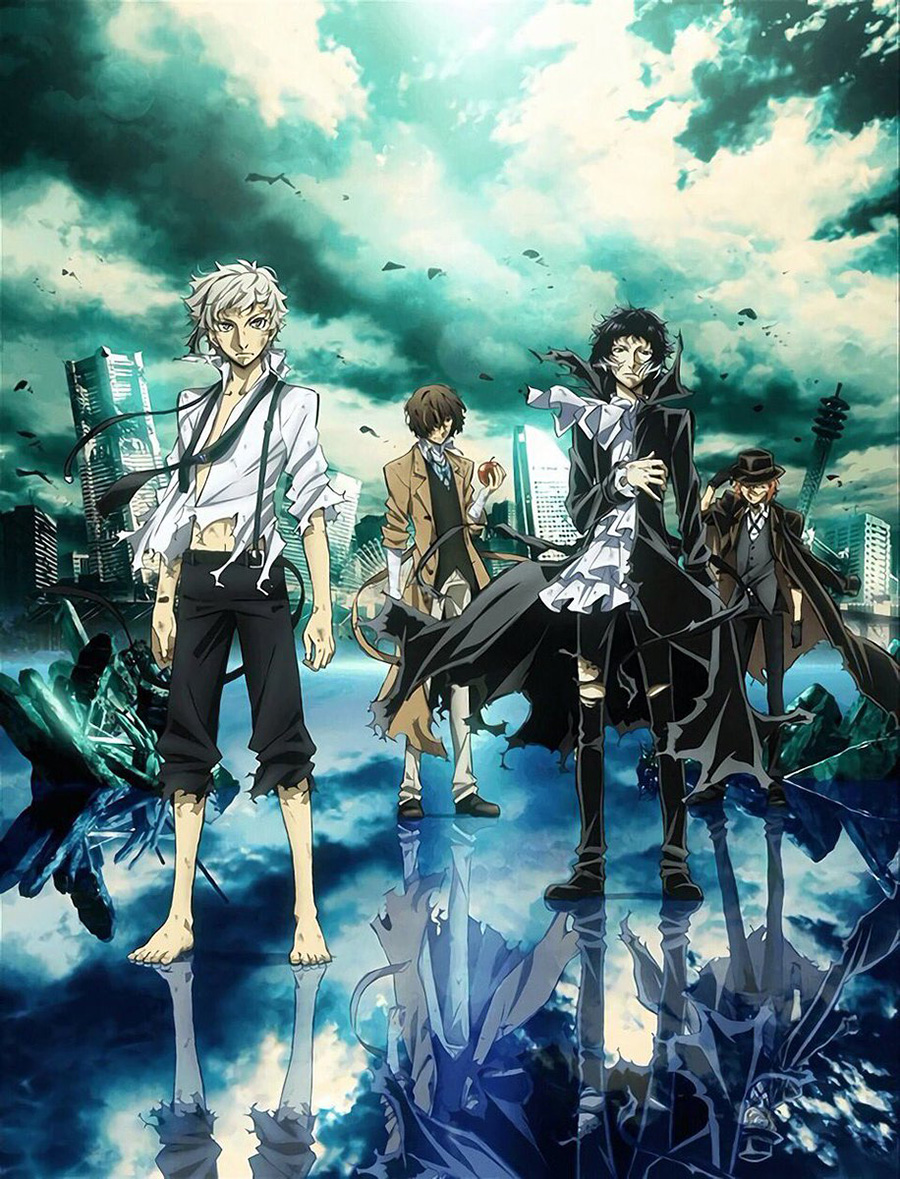 The main cast from the previous anime seasons will return to reprise their roles in the new film. Their updated character designs were also revealed. The main cast includes: 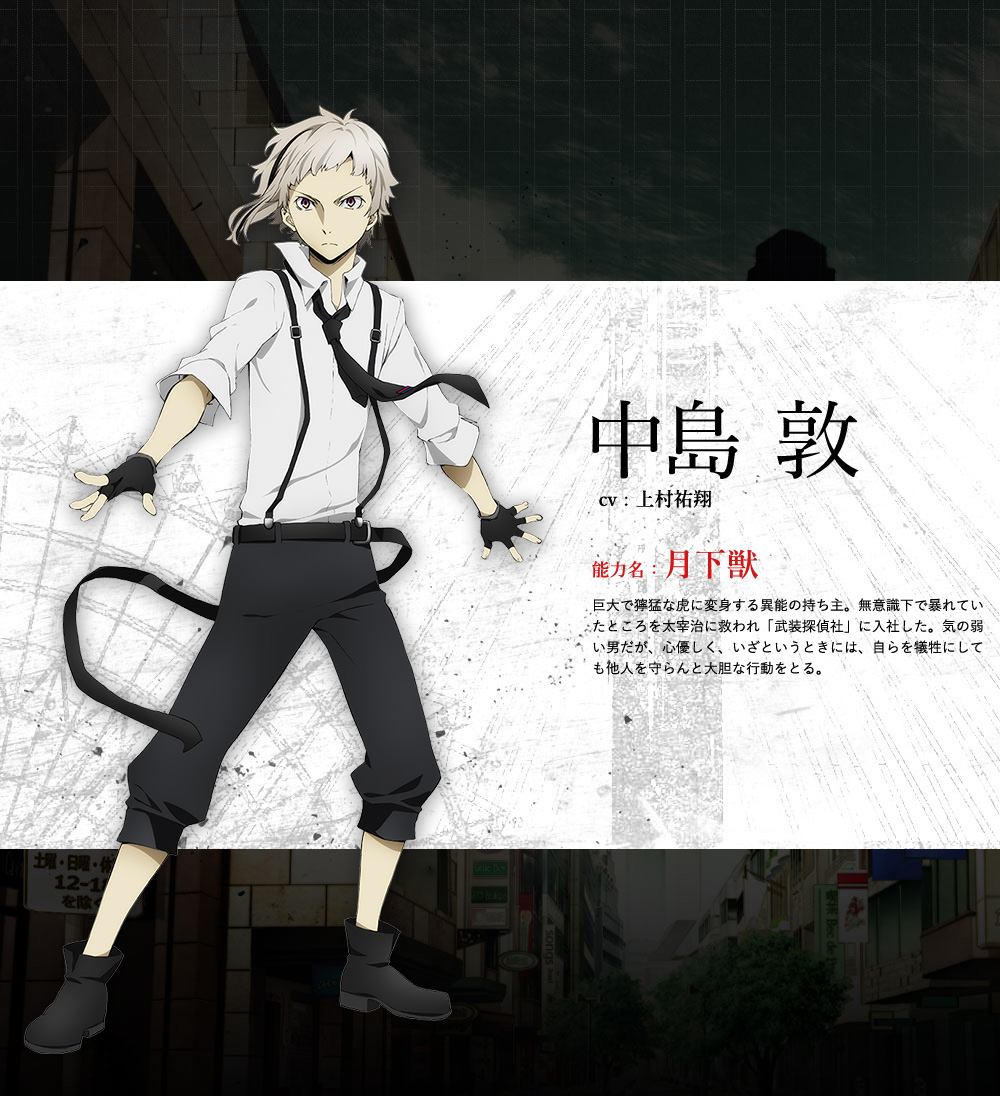 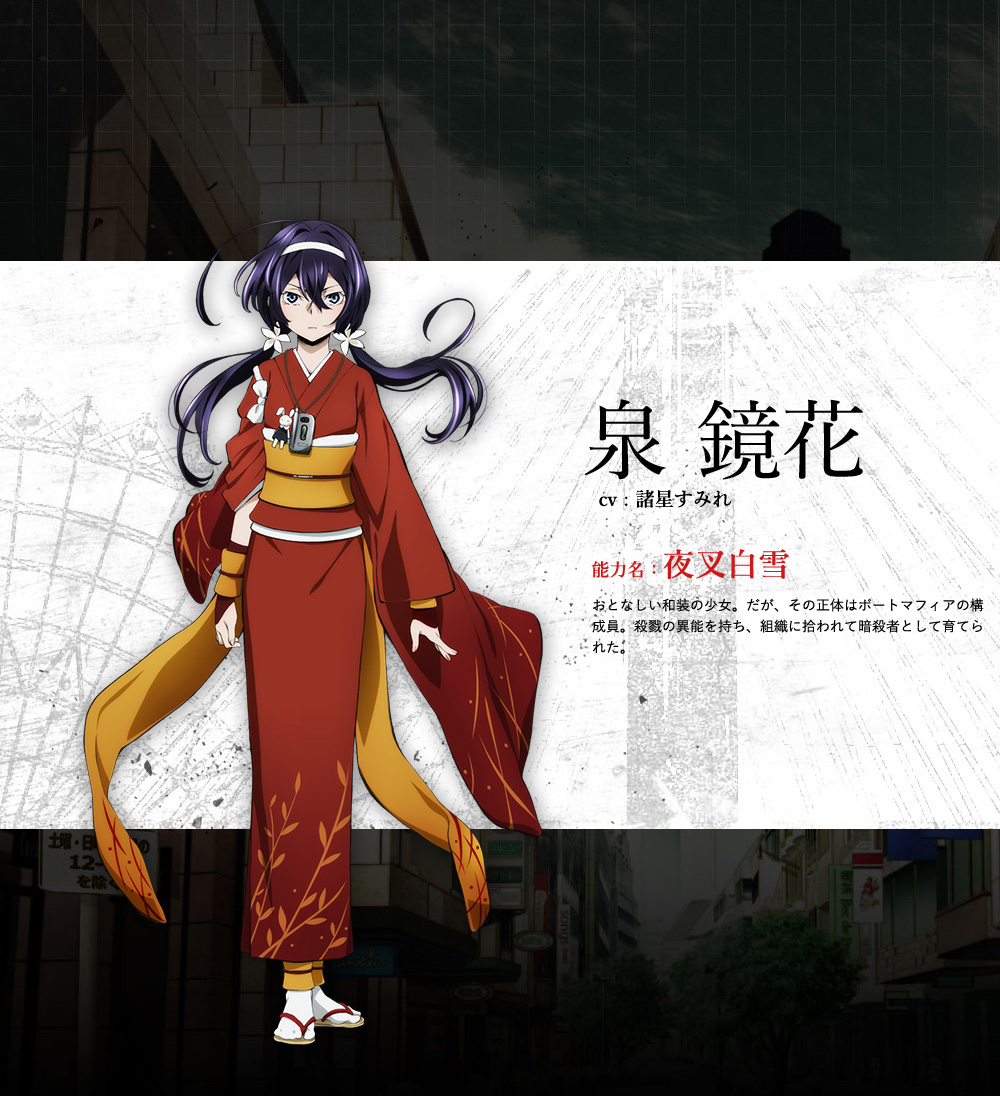 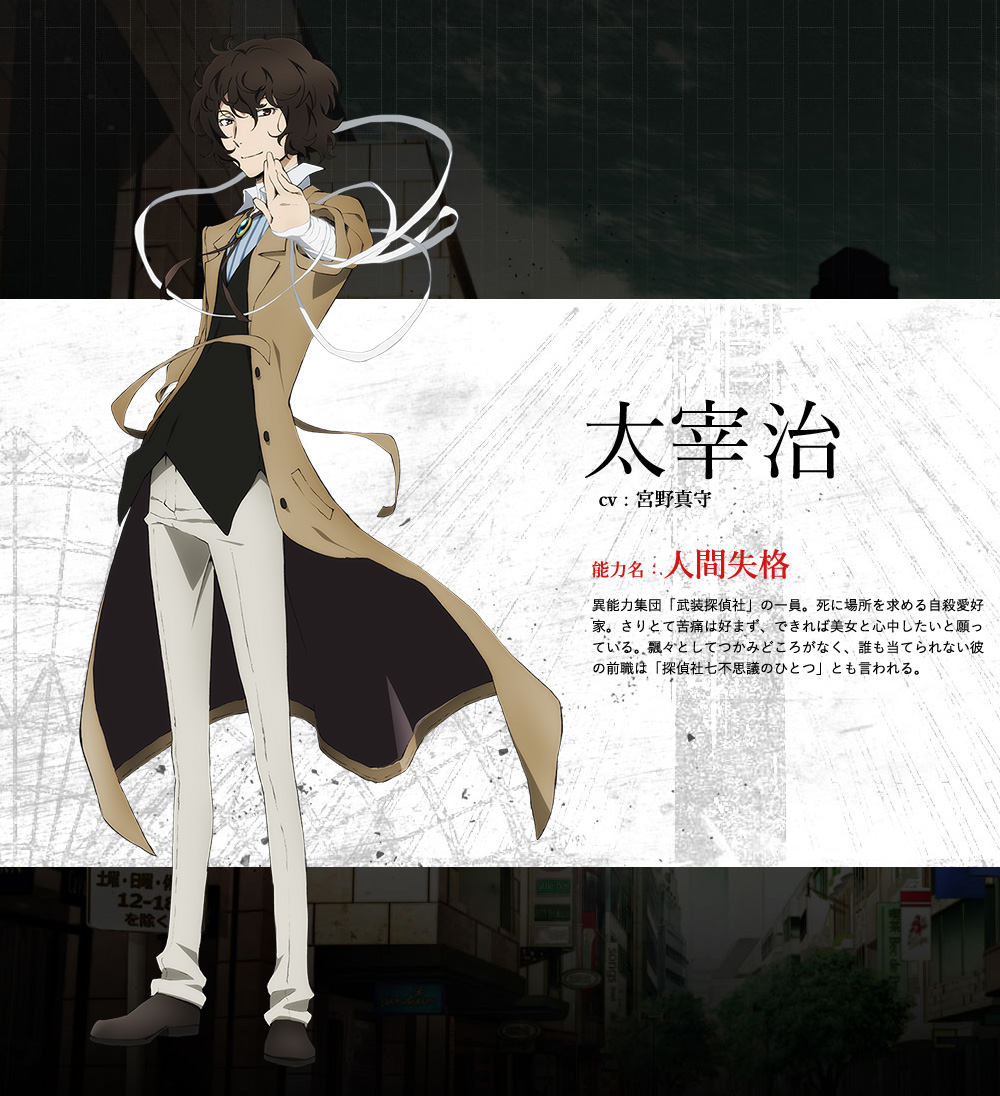 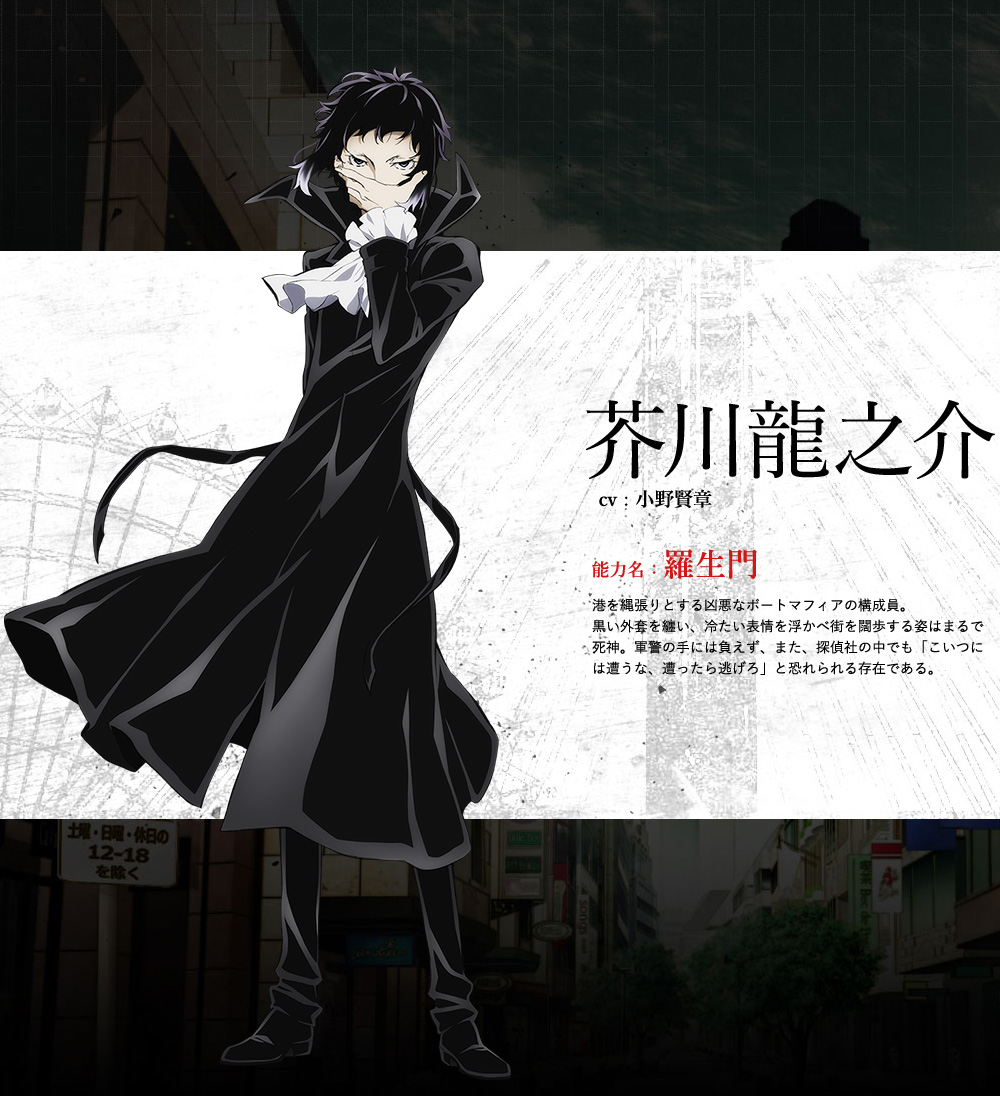 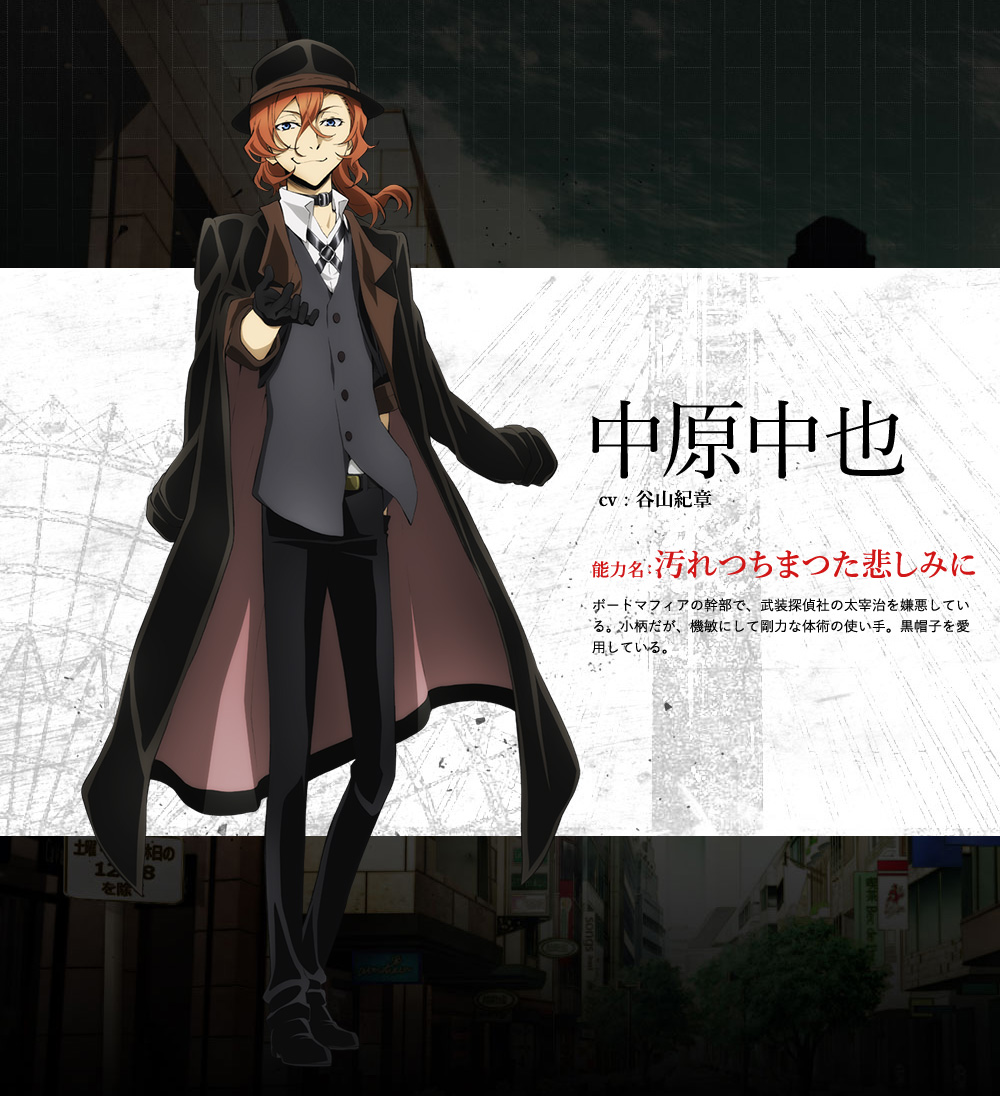 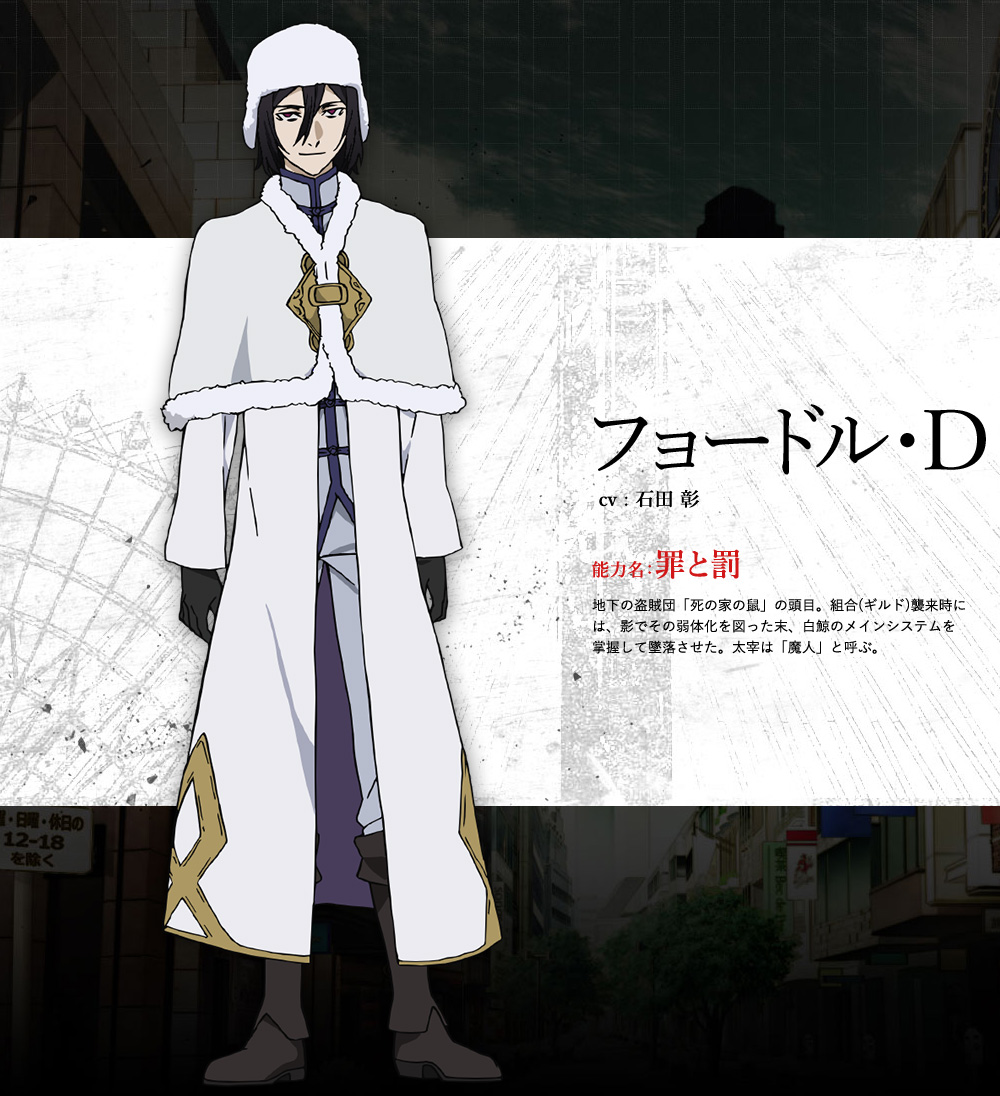 One new character has been revealed for the film:

The production staff from the previous seasons will return to produce Bungo Stray Dogs: Dead Apple:

An advanced ticket bundle will be available for order that will contain a ticket to the film and a clear file (limited quantities). The bundle will retail for ¥1,500 (~ US$13.20) and will start taking orders on November 18th. 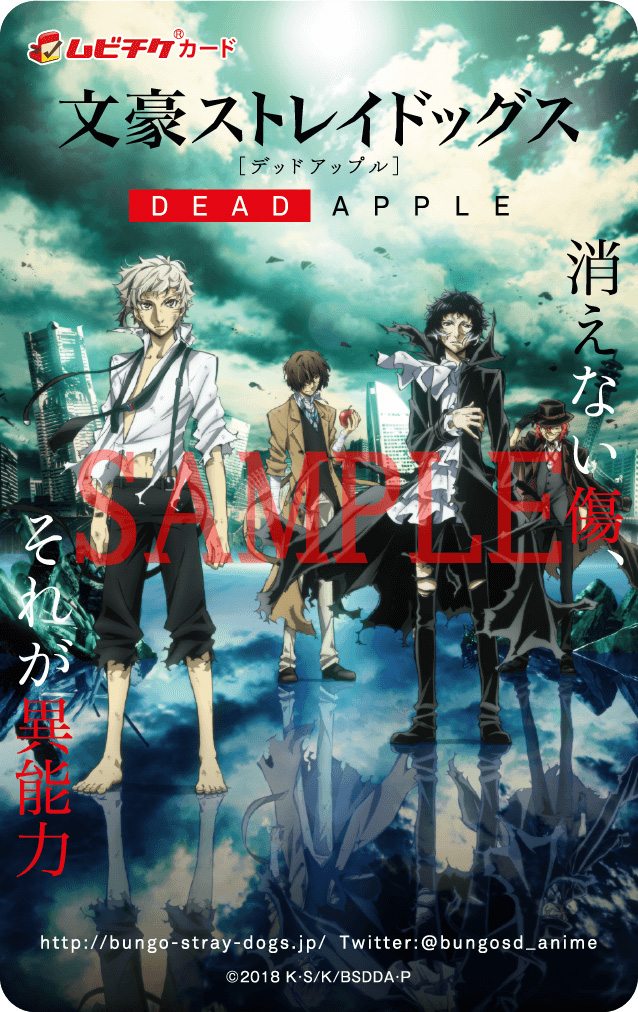 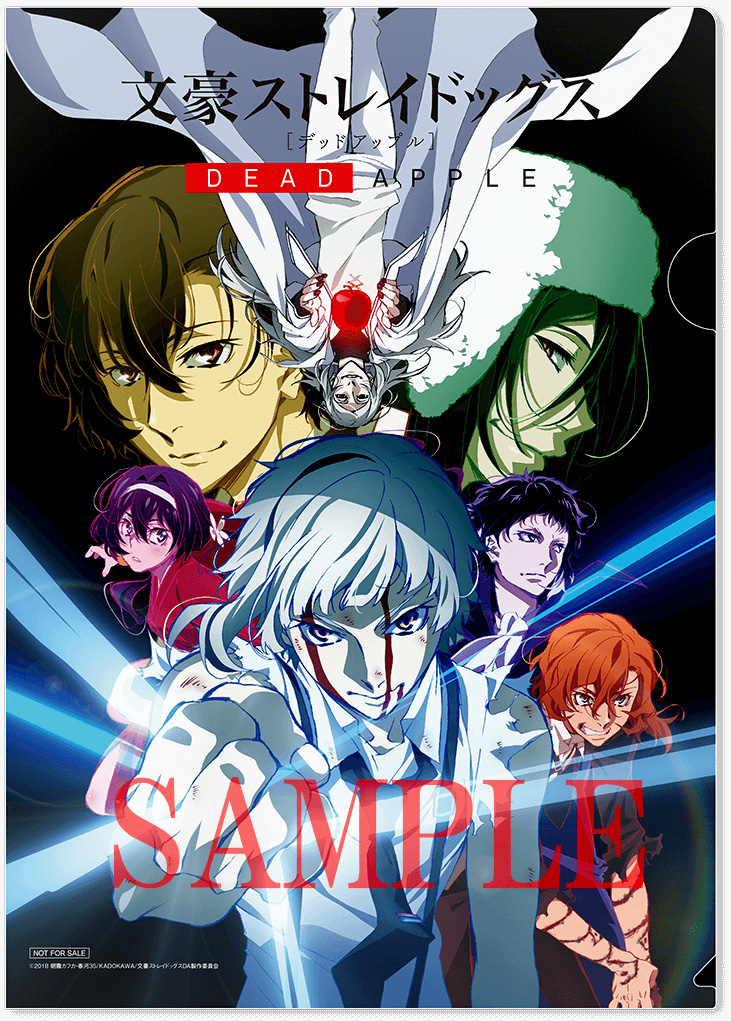 Two new trailers have been released for Bungo Stray Dogs: Dead Apple, introducing the return of the main characters and the new mysteries that will unravel in the film:

Bungou Stray Dogs is a supernatural mystery manga written by Kafka Asagiri and illustrated by Sango Harukawa. The series began in 2012, serialized under Kadokawa’s Young Ace magazine. To date a total of 12 volumes have been compiled and published. The series received a light novel adaptation in mid 2014 with a total of 5 volumes published. A TV anime adaptation for Bungou Stray Dogs was produced for the Spring 2016 anime season, running for a total of 12 episodes. The anime was directed by Takuya Igarashi (Soul Eater, Star Driver) and produced by Studio Bones (Fullmetal Alchemist: Brotherhood, Boku no Hero Academia). The anime was followed by a second season in the Fall/Autumn 2017 anime season, just as the first season finished.

While starving on a riverbank, Atsushi saves a rather eccentric man named Osamu Dazai from drowning. Whimsical suicide enthusiast and supernatural detective, Dazai has been investigating the same tiger that has been terrorizing the boy. Together with Dazai’s partner Doppo Kunikida, they solve the mystery, but its resolution leaves Atsushi in a tight spot. As various odd events take place, Atsushi is coerced into joining their firm of supernatural investigators, taking on unusual cases the police cannot handle, alongside his numerous enigmatic co-workers. 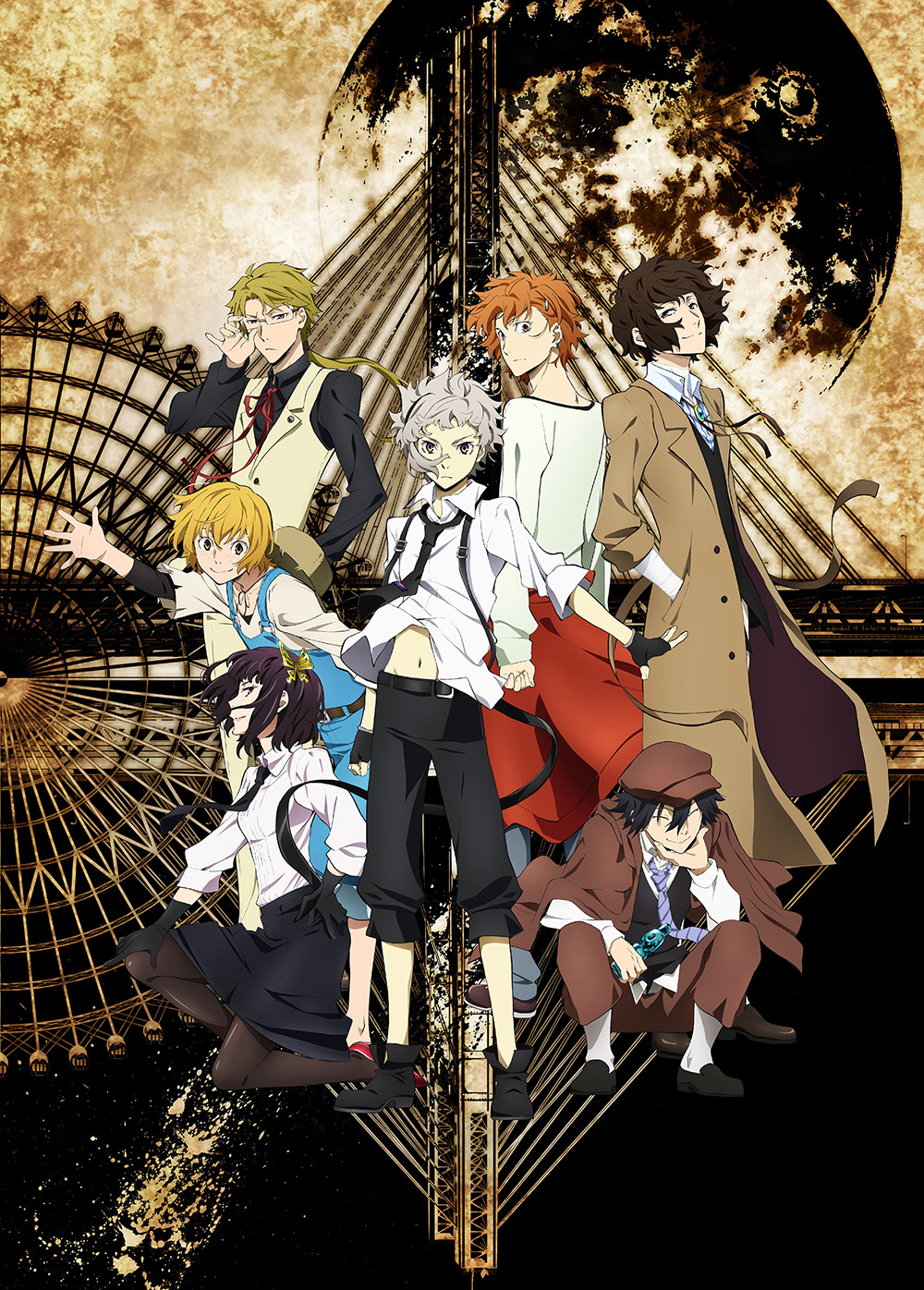 A brand new original anime film based on Bungou Stray Dogs is in production for a March 3, 2018 release, as Bungou Stray Dogs: Dead Apple. Further details about the movie will be revealed at a later date.