Animation studio Sunrise has released an updated version of the first promotional video for the highly anticipated third season of Code Geass, Code Geass: Lelouch of the Resurrection. The new video briefly shows of some scenes from the third season, featuring many returning characters and mechas.

A brand new Code Geass anime is in production under Lelouch of the Resurrection. A 3 part compilation film of the anime will be releasing in Japan in 2017.

In addition, there will also be 3 compilation films of previous Code Geass anime. The films are set to release sometime this year and will contain new audio. 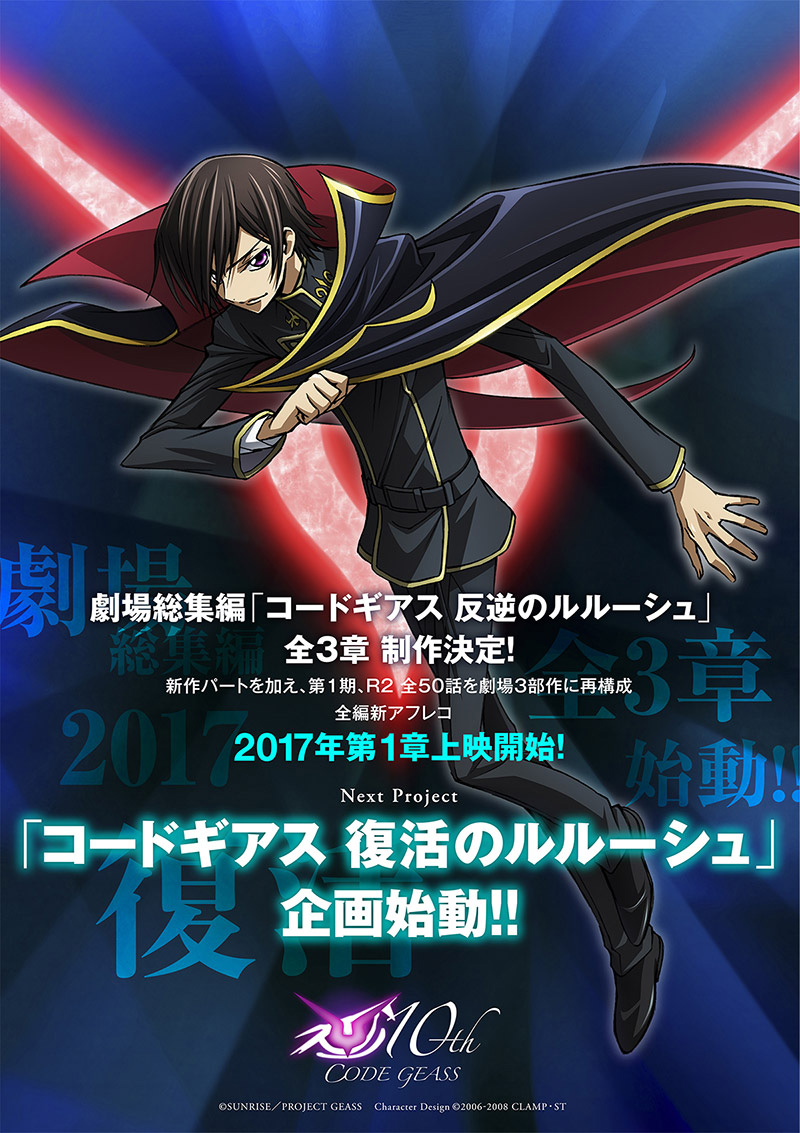