North American anime licensor and publisher Shout! Factory have released the first trailer for their upcoming home media release of Digimon Adventure tri. Chapter 1: Reunion (Saikai). This trailer gives us a small glimpse in what we can expect from the release’s English dub, which will be featuring many of the voice actors/actresses from the original dub.

Shout! Factory will be the official vendor of the Digimon Adventure tri. anime series and will be distributing the series on DVD and Blu-ray later this year. Chapter 4 was recently released in theatres in Japan.

Many members of the first anime’s English voice cast return, along with new cast members:

The main Digimon cast consists of: 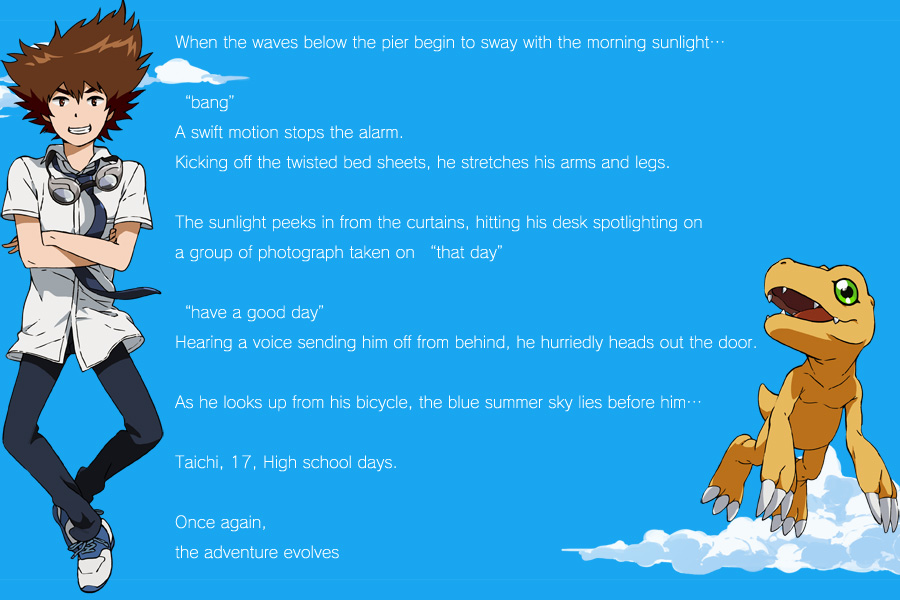 Here is the anime’s synopsis on Crunchyroll:

It’s been six years since that summer adventure when Taichi “Tai” Yagami and the rest of the DigiDestined crossed over to the Digital World. And nearly three years have passed since the final battle between Hikari Yagami’s group and BelialVamdemon. As the peaceful days passed by, at some point the gate to the Digital World closed. Not even the DigiDestined know what caused this, and time alone continues to pass.
On one such day, a Kuwagamon suddenly appears in Odaiba. Its rampage leaves the town in ruins, and the people there in turmoil. Taichi happens to catch sight of the Kuwagamon, and he chases after it all by himself in an effort to halt its rampage. But there’s nothing he can do against a Kuwagamon.
“It’s no use… I can’t do anything about this alone…”

Just as the Kuwagamon roars and attacks Taichi, his Digivice begins to emit a bright light…
“Taichi, look how big you’ve grown!”

With the sound of that nostalgic voice, the story once again begins to move in a big way.

Once again,
the adventure evolves