The official website of ufotable’s (Fate/Zero, Kara no Kyoukai) upcoming anime adaptation of the Heaven’s Feel route in Type-Moon’s Fate/stay night visual novel, Fate/stay night – Heaven’s Feel, has revealed details for the advanced ticket set that will be sold at Comiket 92. 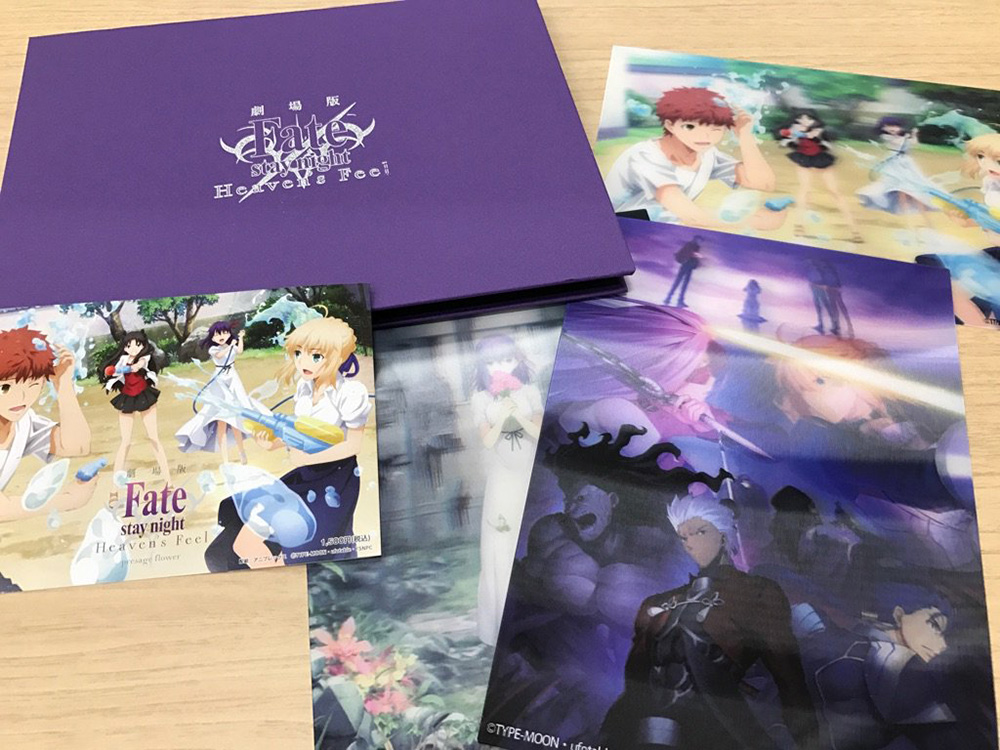 Available at Comiket 92 from the 14th, fans will be able to pre-purchase advance tickets for the films film in the trilogy, Fate/stay night: Heaven’s Feel – I .presage flower. which will release on October 14.

The bundle can also be purchased online via the official Aniplex store, which will be shipped to your location from August 26th.

Here is the latest visual for Fate/stay night: Heaven’s Feel – I .presage flower:

Advanced tickets for the first film in the anime triolgy adaptation of the Heaven’s Feel route in Fate/stay night, Fate/stay night – Heaven’s Feel: .presage flower, will go on sale at Comiket 92 from August 14. The film will be releasing in Japan on October 14th. Further details about the anime will be revealed later in the year.