The official website of the anime adaptation of Hideaki Sorachi’s Gintama manga has revealed the first key visual for the series’ upcoming 6th season, Gintama: Porori Arc, which will air on October 2nd. 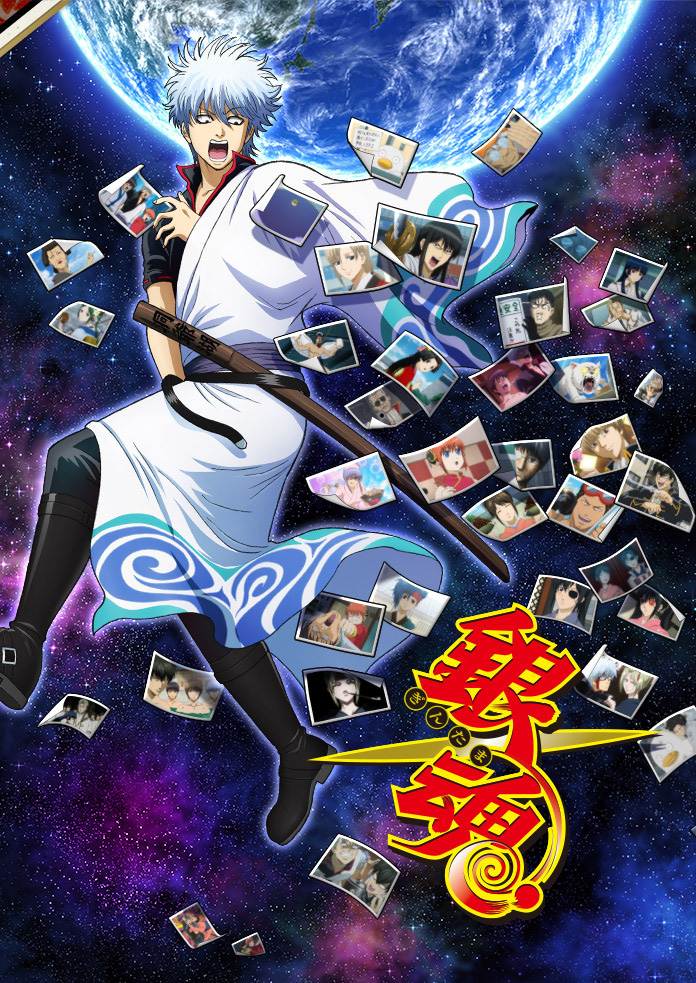 The new Gintama anime will be the 6th official season for the series. The new series will premiere on Monday at 2:05am JST on Tokyo MX, TV Hokkaido, TV Aichi, TV Setouchi and TVQ Kyushu. Every episode thereafter will air in the 1:3am JST time slot. The anime will also air on TV Osaka on the 3rd at 1:05am JST.

The Opening theme song was also revealed and will be the song VS by JRock group Blue Encount:

The 5th season of the Gintama anime aired during the Winter 2016/2017 anime season for a total of 12 episodes. 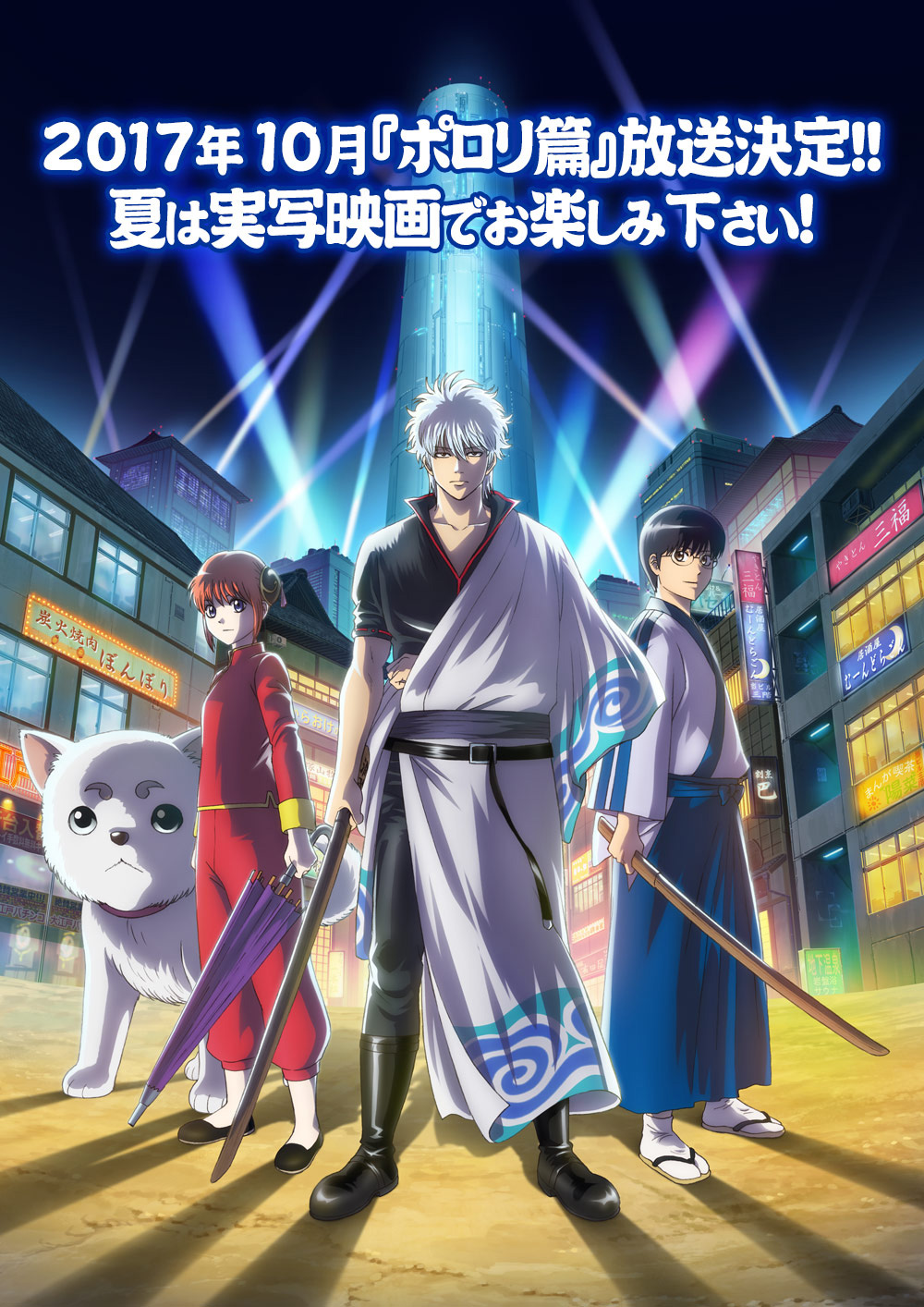 A new TV anime adaptation of the Gintama manga is in production and will debut on October 2nd at 1:35am JST on Tokyo MX, during the Fall/Autumn 2017 anime season. Further information about the anime will be revealed at a later date.