The official website of the TV anime adaptation of Natsume Akatsuki and Kurone Mishima’s Kono Subarashii Sekai ni Shukufuku wo! (Give Blessings to This Wonderful World!) series has announced that an OVA of the series will be bundled with the light novel’s 12th volume. 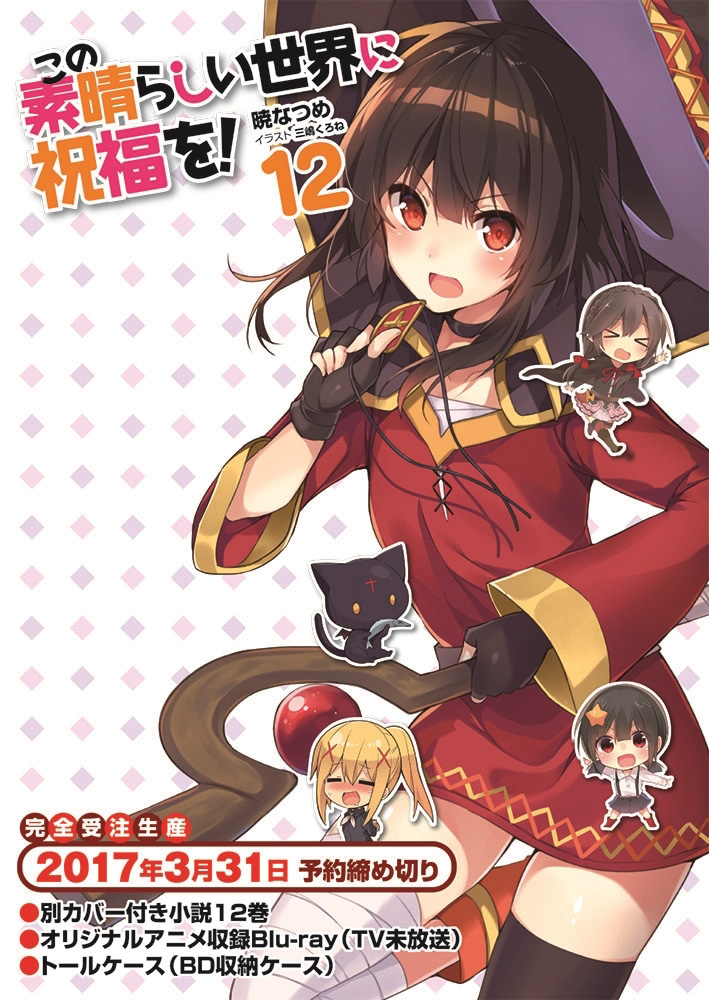 A special edition of the light novel’s 12th volume will be bundled with an OVA on Blu-ray, an episode that was not aired. The bundle will also feature a special box of the volume’s cover art (above). The volume will release in Japan on July 24.

There are a total of 5 Blu-ray and DVD volumes for the anime’s second season (not to be confused with the light novels), similar to the first. Each volume will contain 2 episodes as well as a special limited edition PC Game, an illustration box drawn by original artist Kurone Mishima, a disc sleeve drawn by character designer Koichi Kikuta, audio commentary, Web Radio, a side story script, and a special booklet. The first volume released on March 24 with the first 2 episodes.

The second season of the KonoSuba anime aired for a total of 10 episodes during the Winter 2016/2017 anime season, on Thursdays on Tokyo MX at 1:05am JST

The main cast of the KonoSuba anime includes:

Here is the promotional video for the second season:

Kono Subarashii Sekai ni Shukufuku wo! (Give Blessings to This Wonderful World!) is a fantasy adventure light novel series written by Natsume Akatsuki and illustrated by Kurone Mishima. The series began in October 2013 being published under Kadokawa Shoten’s Sneaker Bunko imprint, where a total of 10 volumes have been produced to date, topping 2 million sales in print. A spin-off light novel series titled Kono Subarashii Sekai ni Bakuen o! is also being produced alongside the parent novel, with 3 volumes to date. A manga adaptation is currently being serialized in Fujimi Shobo’s Monthly Dragon Age magazine. The series received an anime adaptation during the Winter 2015/2016 anime season. 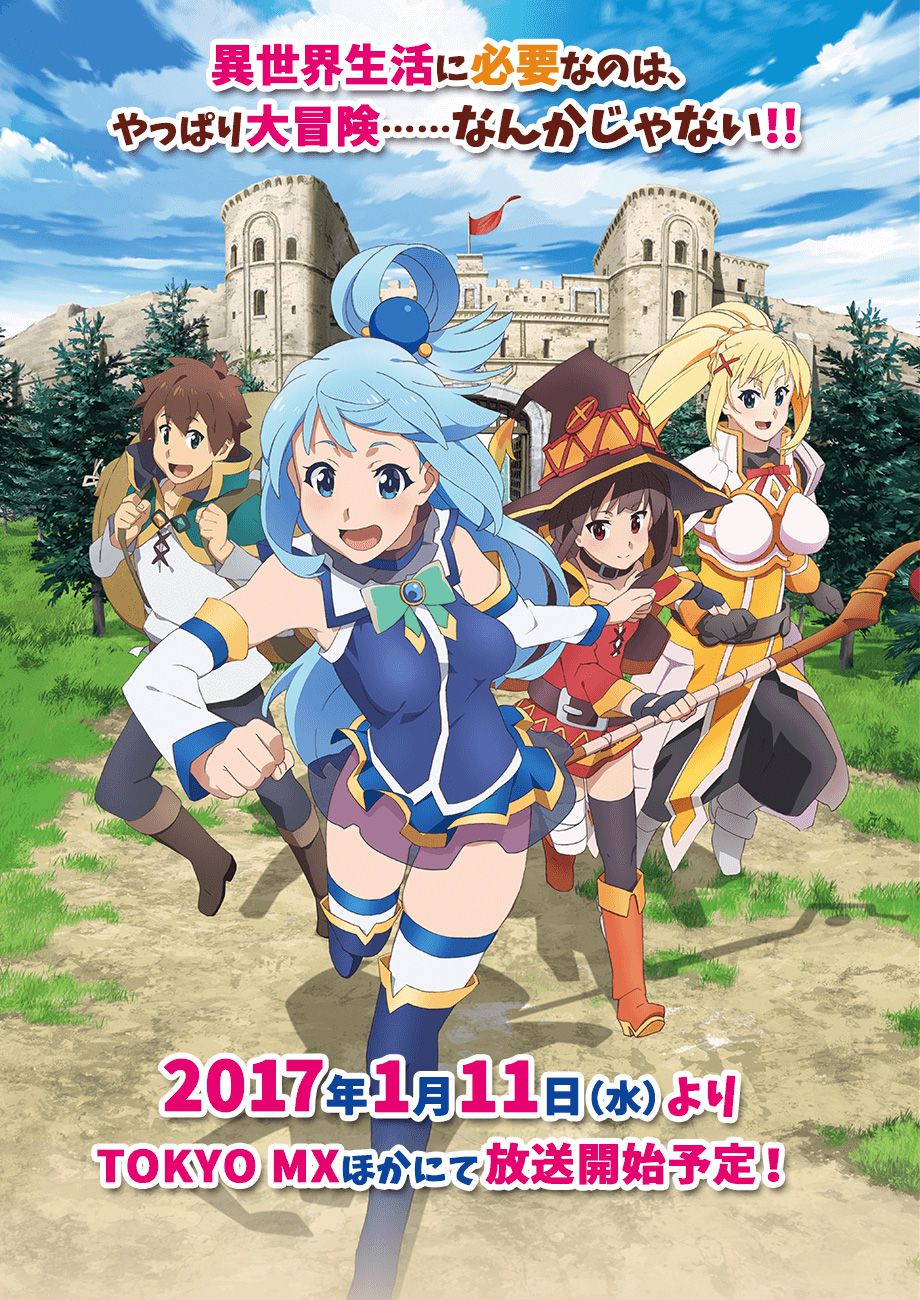 An OVA of the second season of Kono Subarashii Sekai ni Shukufuku wo! anime will be bundled in a special edition of the light novel’s 12th volume. The volume and OVA will be released on July 24. Further information will be revealed at a later date.