Japanese music producer Lantis has announced that for the 10th anniversary for the anime adaptation of Kagami Yoshimizu’s Lucky☆Star manga, a special soundtrack boxset will be released this August. In addition, a new visual for the anime was released to celebrate 10 years since the anime debuted in April 2017. 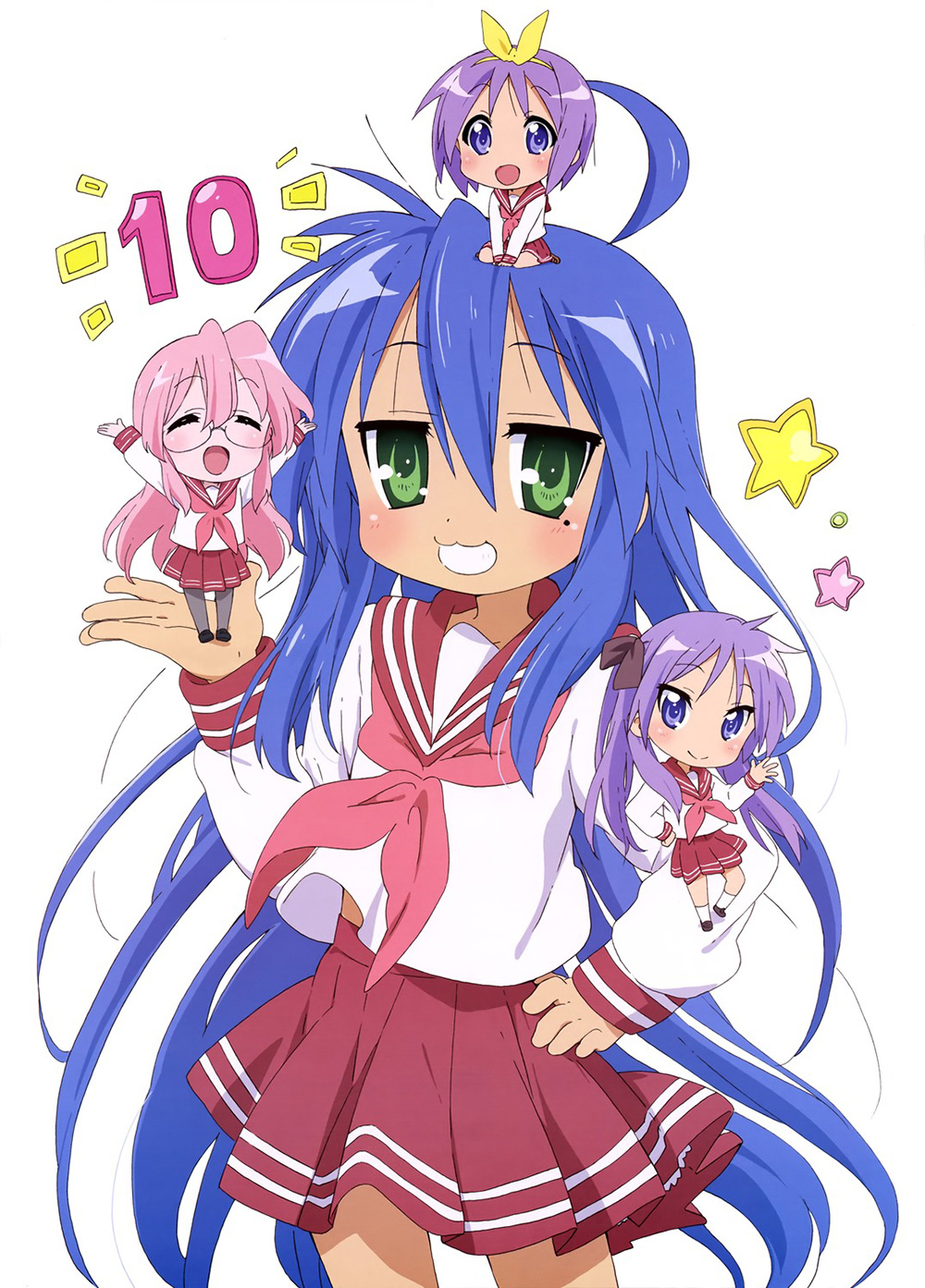 The soundtrack will feature 4 CDs of over 50 songs with a special jacket illustration from Kyoto Animation (K-ON!, Free!). All previously released singles and albums will be combined into this one boxset. The full track list includes

Lucky☆Star is a 4-koma manga written and illustration by Kagami Yoshimizu. The series began serialisation in 2004 in Kadokawa Shoten’s Comptiq magazine. To date a total of 10 volumes have been compiled. Since its release the series has been a major hit in Japan selling over 1.8 million copies as of 2008. The manga has received numerous light novel and video game adaptations, as well as an anime adaptation in 2007. The anime was produced by Kyoto Animation (K-ON!, Free!) and directed by Yutaka Yamamoto (Senyuu, Wake Up, Girls!) and Yasuhiro Takemoto (Hyouka, The Disappearance of Haruhi Suzumiya). The series has also received many spin-off manga, including Yoshimizu’s Miyakawa-ke no Kuufuku, which also received an anime adaptation last year.

Having fun in school, doing homework together, cooking and eating, playing video games, watching anime. All those little things make up the daily life of the anime—and chocolate-loving—Izumi Konata and her friends. Sometimes relaxing but more than often simply funny!

2017 will be the 10th anniversary of the Lucky☆Star anime adaptation. Lantis will be releasing a special soundtrack boxset containing over 50 songs to celebrate this August. Further details will be revealed at a later date.

You can visit the anime’s official website here: http://www.lucky-ch.com/