The official website has launched for Mamoru Hosoda’s upcoming 2018 anime film Mirai no Mirai (Mirai of the Future), where it has revealed that the movie will release on July 20, 2018. The site has also revealed the first key visual and trailer for the May 2018 movie. 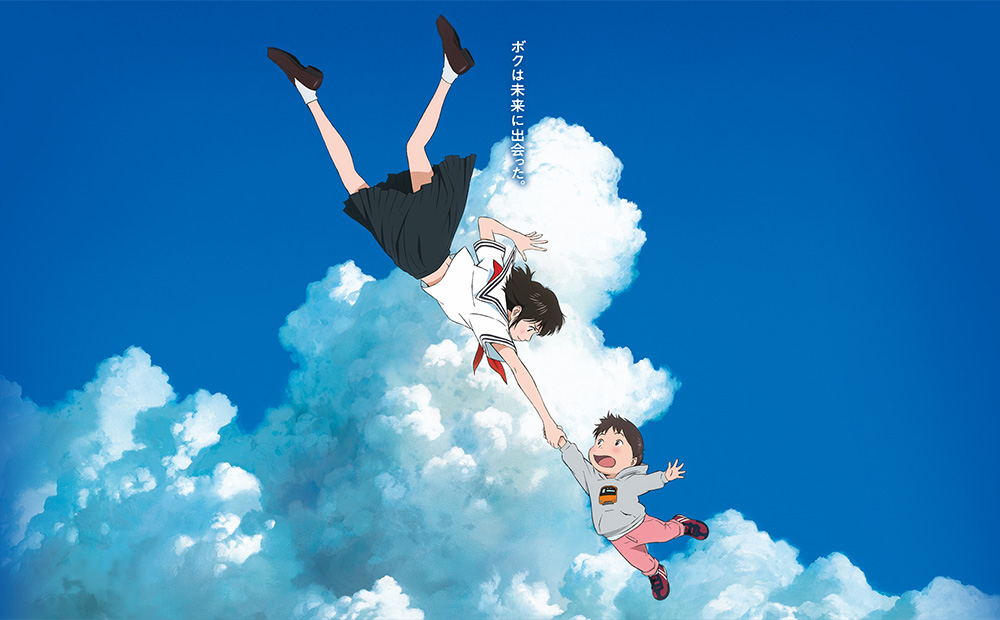 The film will be released in theatres across Japan on Friday, July 20, 2018. The film was initially set to release in May in Hosoda’s announcement.

Here is the film’s first trailer, introducing to us the main premise and characters:

Mirai follows a 4-year old boy who is struggling to cope with the arrival of a little sister in the family, until things turn magical. A mysterious garden in the backyard of the boy’s home becomes a gateway allowing the child to travel back in time and encounter his mother as a little girl and his great-grandfather as a young man. These fantasy-filled adventures allow the child to change his perspective and help him become the big brother he was meant to be.

Hosoda will be directing the film and will once again produce the film with his studio, Studio Chizu (Wolf Children, Bakemono no Ko). He also wrote the movie’s screenplay, but did get some help from opinions and experiences of fellow producers.

In a recent interview, Hosoda describes his film being about siblings. His previous films all revolved around a particular theme, with The Girl Who Leapt Through Time featuring youth, Wolf Children featuring family, and Bakemono no Ko focusing on fatherhood.

Mirai no Mirai draws inspiration from Hosoda being a father, where the main character is named Mirai, which is also his daughter’s name. The film’s main conflict will echo his experiences of being the eldest child, with how the newest sibling Mirai’s parents, which made her ferociously jealous. It will focus more closely to human drama than Hosoda’s two most recent films.


“Mirai no Mirai”, “Mirai of the Future”, images, video, and all associated brands and titles © 2017 Mamoru Hosoda and Studio Chizu