The official website of the upcoming anime film adaptation of Tozen Ujiie’s Seitokai Yakuindomo 4koma manga has revealed the main cast and production staff for the July 21st film. 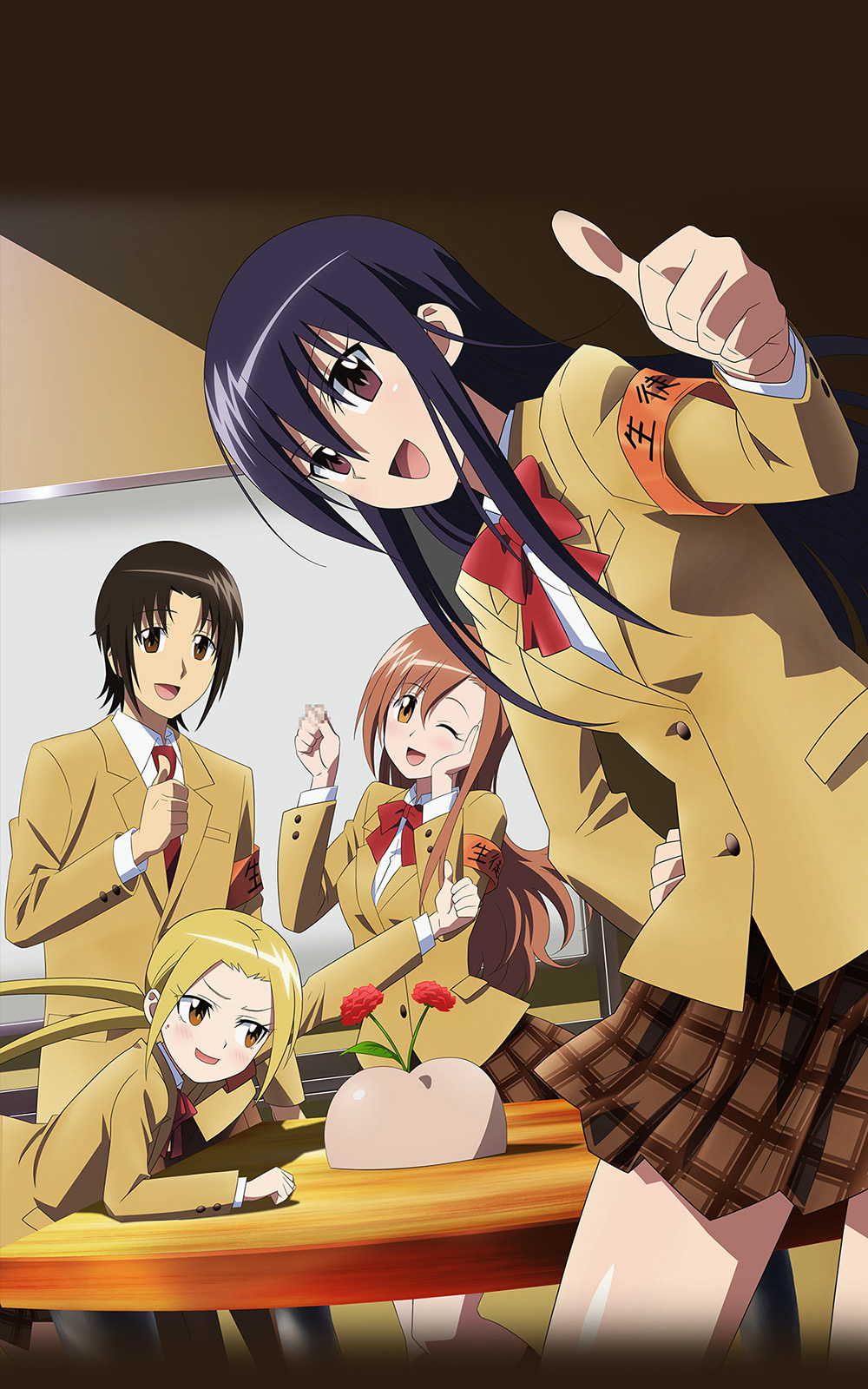 The main cast from previous anime seasons and specials will return to reprise their roles in the upcoming movie:

The production staff from the previous Seitokai Yakuindomo TV anime will return to produce the film:

The anime film adaptation of Seitokai Yakuindomo is currently scheduled to release in theatres across Japan on July 21st. The main theme song of the anime will be performed by Triple Booking, an idol unit that features the main cast.

Seitokai Yakuindomo is a 4koma series written and illustrated by Tozen Ujiie. The manga began serialization in 2007 in Kodansha’s Magazine Special magazine, and eventually in Kodansha’s Weekly Shonen Magazine in late 2008. To date the series has a total of 13 volumes released. The series received an anime adaptation in 2010 from studio GoHands (Coppelion, K) and directed by Hiromitsu Kanazawa (Asa Made Jugyou Chu!, K). The series was soon followed by a series of OVAs, a second season of the anime that aired in 2014 and further follow up OVA. 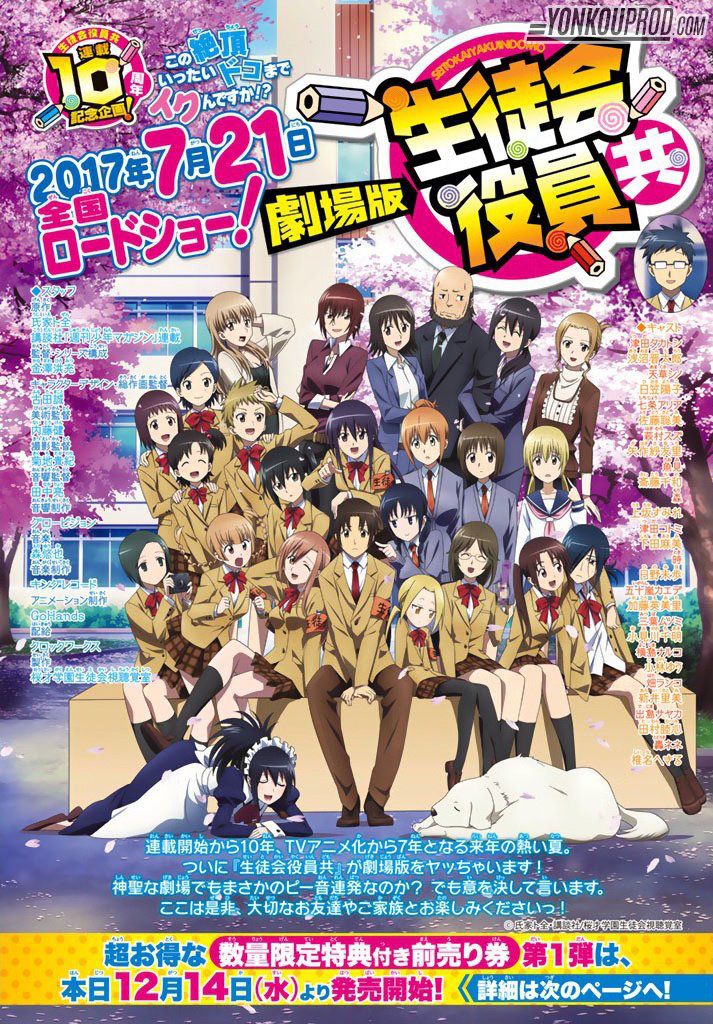 An anime film based on Seitokai Yakuindomo is currently in the works and will be released in Japan on July 21, 2017. Further details about the anime will be revealed at a later date.