The official Twitter account of Japanese book chain Yoshimi Bookstore has revealed a flyer announcing a TV anime adaptation of Yusagi Aneko and Seira Minami’s Tate no Yuusha no Nariagari (The Rising of the Shield Hero) light novel series has been greenlit. The first promotional video for the anime has also been released, revealing the production staff and first footage. 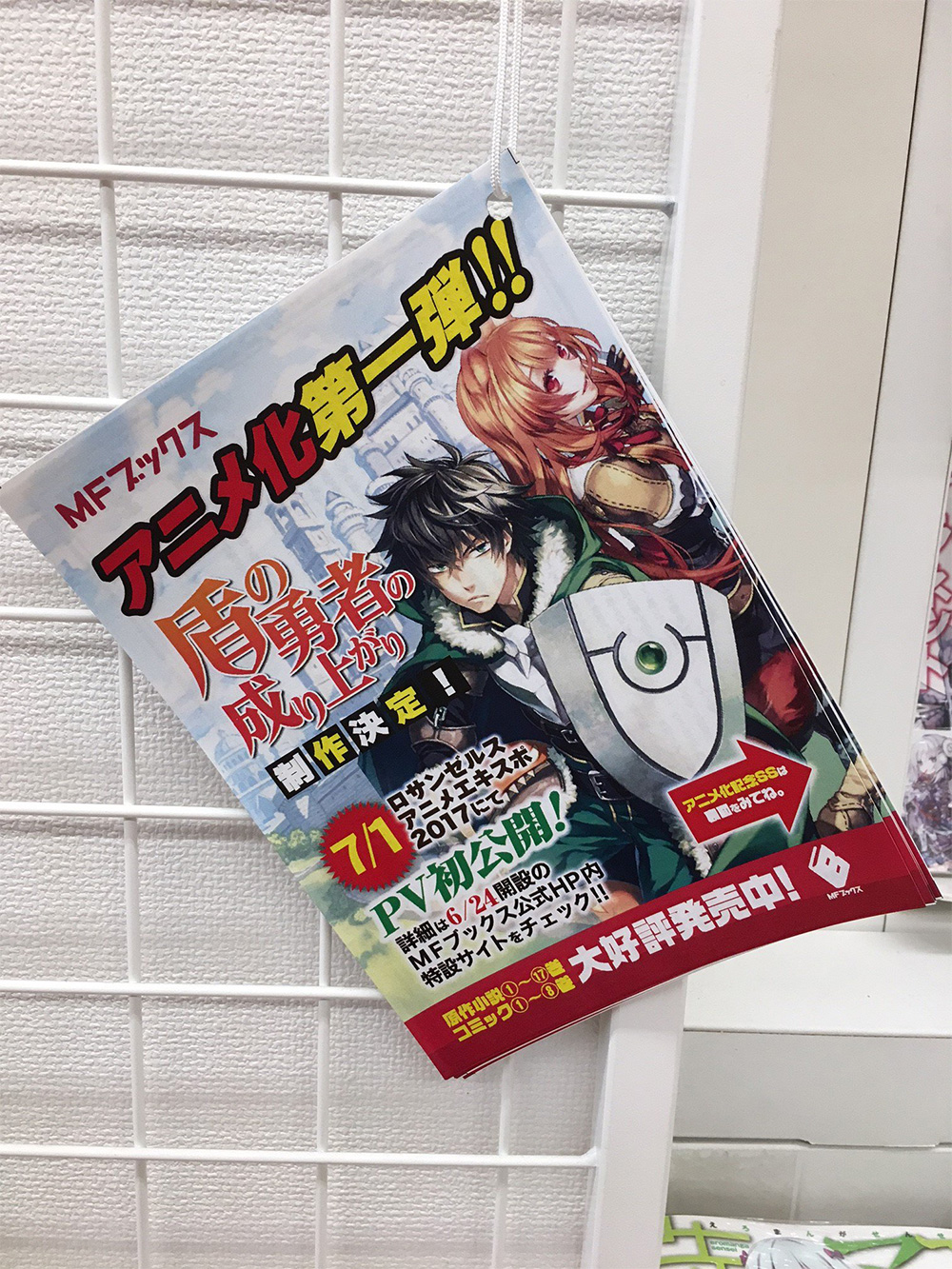 The first promotional video for the anime was released, which showcases the first footage and look at the series and reveals the main staff:

The first set of character designs were also revealed for the main characters: Naofumi Iwatani, Raphtalia and Firo: 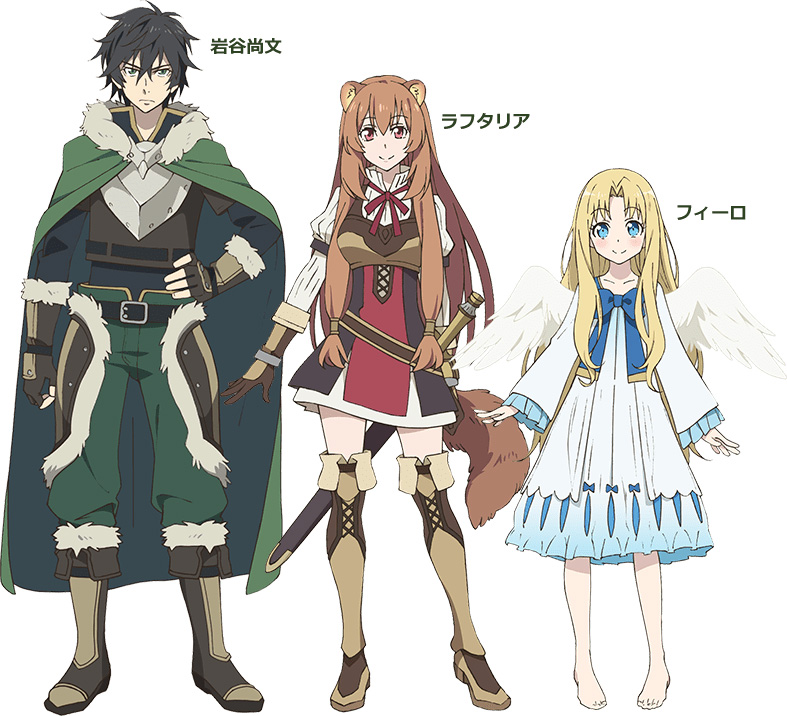 A new visual was also revealed on the light novel’s official website: 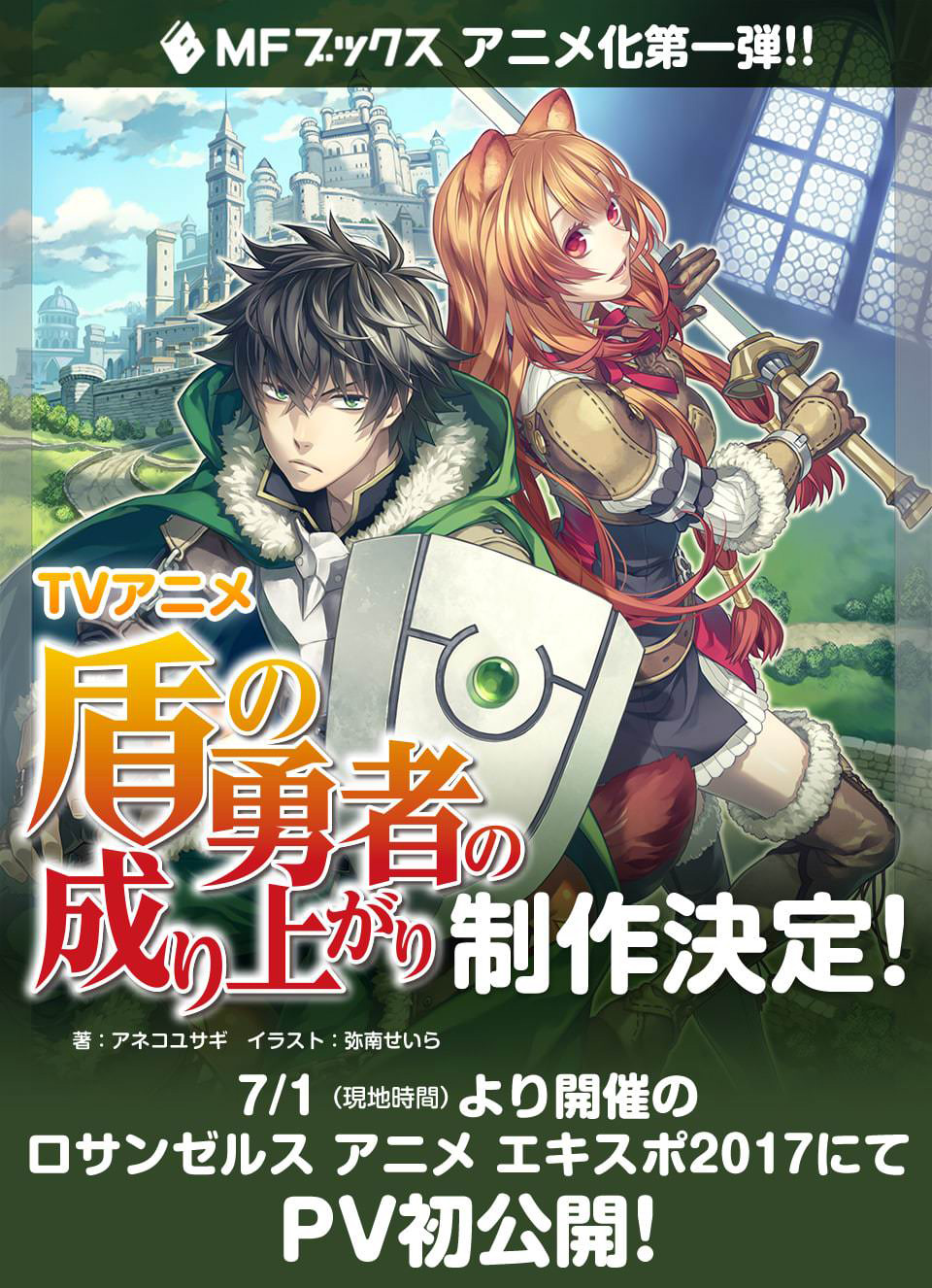 Tate no Yuusha no Nariagari (The Rising of the Shield Hero) is a fantasy light novel series written by Yusagi Aneko and illustrated by Seira Minami. The series began in the as a web novel produced on Shousetsuka ni Narou. Publisher Media Factory picked up the series in 2012 under their MF Books imprint, where to date a total of 17 volumes have been published, with the 18th volume releasing in Japan on August 25. The novels received a manga adaptation in early 2014, being published in Kadokawa’s Monthly Comic Flapper magazine with a total of 7 compiled volumes.

Here is the seies synopsis from MAL:

Thrust into Melromarc and given the title of “Shield Hero,” otaku Naofumi Iwatani is labeled the weakest due to his lack of offensive capability and apparent inexperience. When the heroes part ways to start their journeys, he only has one willing companion: the beautiful princess Malty Melromarc. However, she soon betrays him, steals all his money, and accuses him of taking advantage of her.

For his alleged crimes, Naofumi is branded a criminal and made outcast of society. With hatred filling his heart, he sets out alone, vowing vengeance against those who wronged him.

A TV anime adaptation of the Tate no Yuusha no Nariagari light novel series has been announced and is in production. Further details about the anime will be revealed at a later date.


“Tate no Yuusha no Nariagari”, “The Rising of the Shield Hero”, images, video, and all associated brands and titles © 2017 Yusagi Aneko, Seira Minami, Media Factory and Kinema Citrus