The official website of the upcoming anime adaptation of Kana Akatsuki and Akiko Takase’s Violet Evergarden light novel series has opened, revealing that the series will debut in January 2018. In addition, a new visual, cast member, staff, and promotional video were also revealed.

The site has revealed that Yui Ishikawa (Mikasa Ackerman in Attack on Titan) will voice the titular character Violet Evergarden. 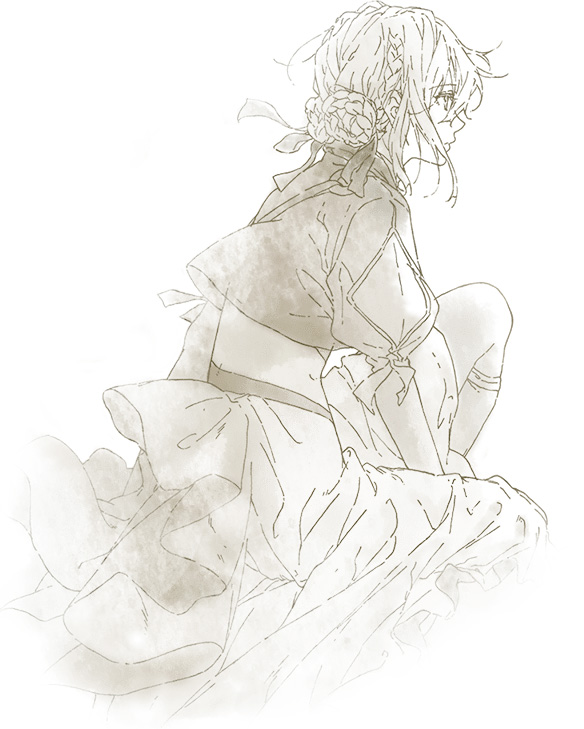 Here is the first promotional video of the anime, which announces the air window and main staff:

Here is the first commercial for the anime, produced by Kyoto Animation:

Here is the second commercial:

The anime will have a world tour premiering the first episode, starting with Anime Expo 2017 on Sunday, July 2nd. The event will showcase the first footage of the anime, as well as a Q&A session with the director, Ishikawa and TRUE. The anime will also premiere at AnimagiC 2017 in Germany on the weekend of August 4th, at the 2017 Kyoto Animation & Animation Do Fan Event on October 21st, and at AFA Singapore 2017 on the weekend of November 24.

The Violet Evergarden TV anime by Kyoto Animation finally has an air window: January 2018, during the Winter 2017/2018 anime season. Further details will be revealed at a later date.