Chinese streaming service iQiyi has revealed that the fourth season of the anime adaptation of Yuuto Tsukuda and Shun Saeki’s Shokugeki no Souma (Food Wars: Shokugeki no Soma) manga will run for a total of 25 episodes. The series will be a 2 cour anime airing over 2 consecutive seasons. 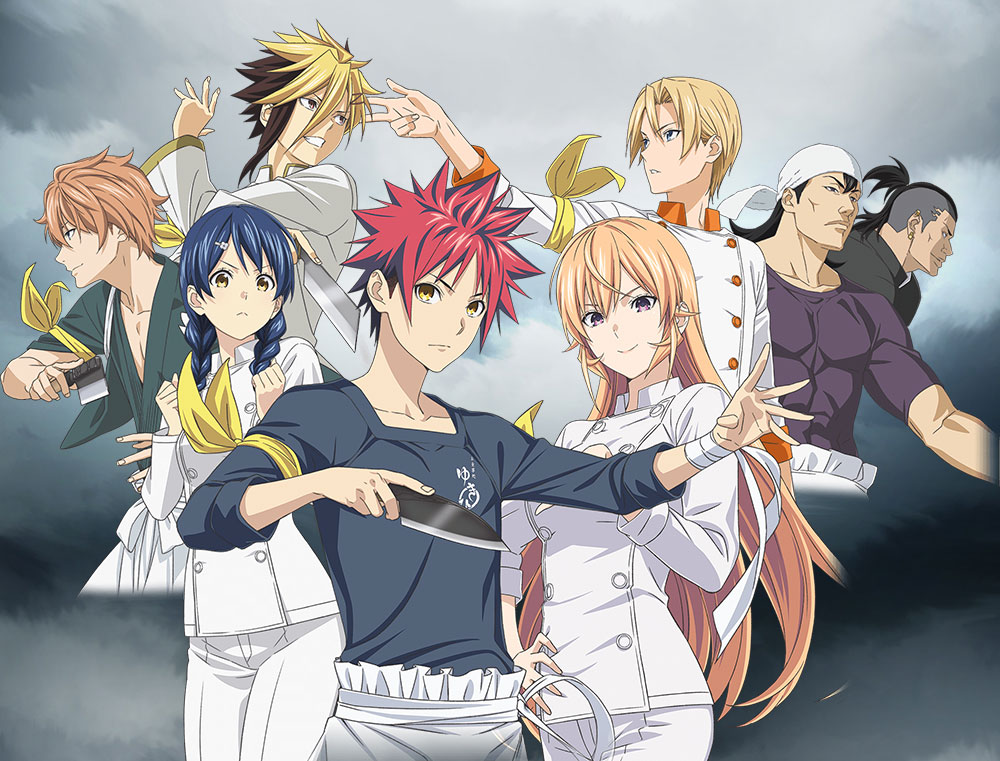 Shokugeki no Souma Season 4, Shokugeki no Souma: Shin no Sara (Food Wars! The Fourth Plate) is currently airing in the Fall/Autumn 2019 anime season. The anime airs every Saturday at 12:30am JST on Tokyo MX, BS11 and AbemaTV.

Shokugeki no Souma (Food Wars: Shokugeki no Soma) is a comedy, ecchi cooking manga written by Yuuto Tsukuda, illustrated by Shun Saeki with Chef Yuki Mirosaki adding recipes to the manga. The series began serialization in Shueisha’s Weekly Shonen Jump magazine in late 2012 and to date has a total of 29 compiled volumes released. The manga itself has sold over 2 million copies to date. An anime adaptation of the series was produced for Spring 2015, directed by Yonetani Yoshitomo (Tiger & Bunny Movie 1: The Beginning, Hoshi no Umi no Amuri) and produced by J.C. Staff (Toradora!, Sakurasou no Pet na Kanojo). A second season aired in Summer 2016 with a third season in the Fall/Autumn 2017 anime season. The second part of the third season premiered in the Spring 2018 anime season.

The fourth season of Shokugeki no Souma anime is currently airing during the Fall/Autumn 2019 anime season. It will run for a total of 25 episodes, set to end in the Winter 2019/2020 anime season.