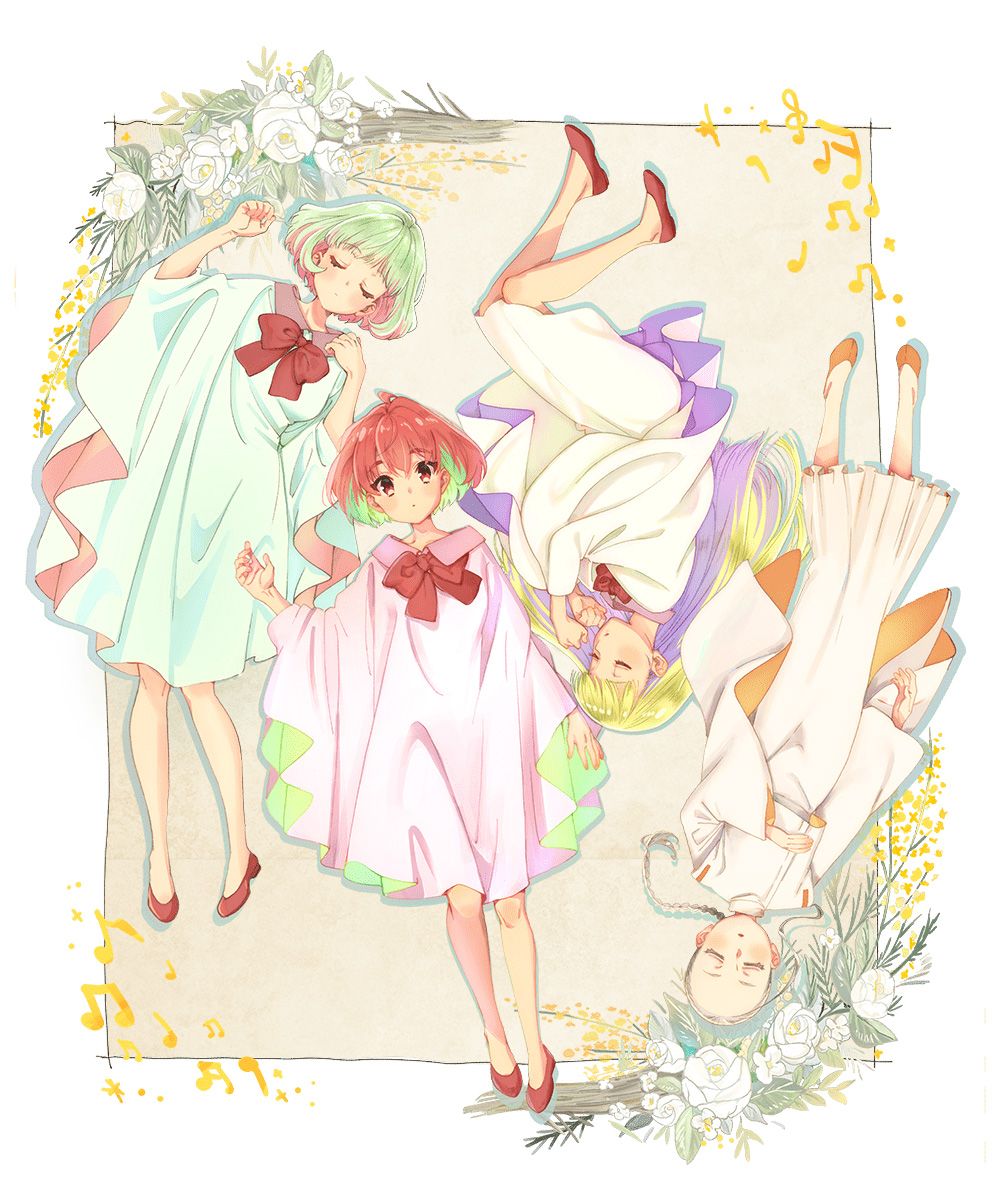 The anime itself features the Healer Girls, an idol group formed by the main cast members. Their first song was performed on Anison Days, a cover of UNISON SQUARE GARDEN’s
Sugar Song to Bitter Step:

Healer Girl, a brand new original TV anime from Studio 3Hz has been announced and is currently in production.