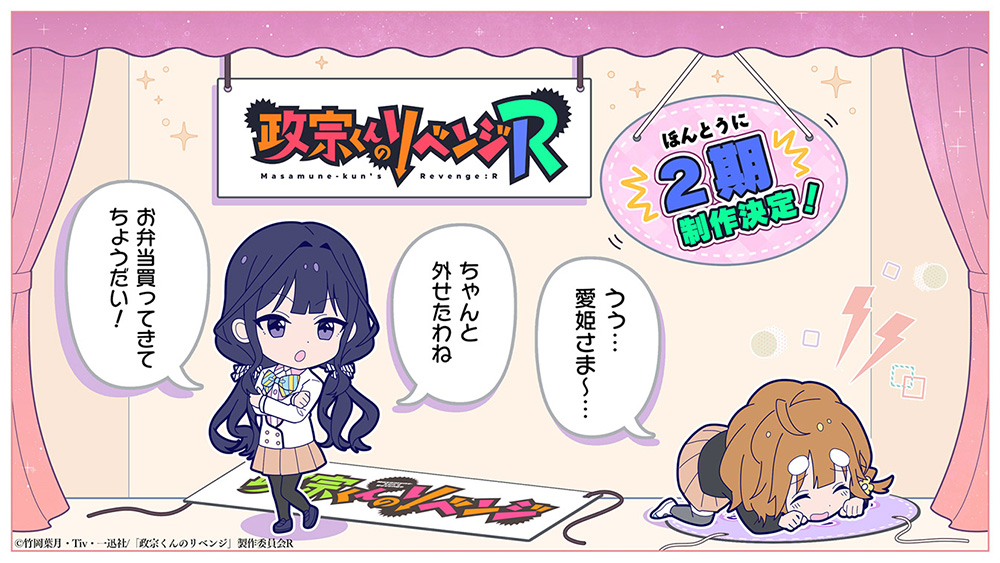 The first season of Masamune-kun no Revenge aired in the Winter 2016/2017 anime season and ran for a total of 12 episodes and an OVA.

Masamune-kun no Revenge (Masamune-kun’s Revenge) is a romantic comedy manga written by Hazuki Takeoka and illustrated by Tiv. The series ran from October 2012 until June 2018 for a total of 11 volumes, under Ichijinsha’s Monthly Comic Rex magazine. A TV anime adaptation of the series aired in Winter 2016/2017 for 12 episodes, directed by Mirai Minato (Fate/kaleid liner Prisma☆Illya, Jahy-sama wa Kujikenai!) and produced by Silver Link (Non Non Biyori, Fate/kaleid liner Prisma☆Illya). 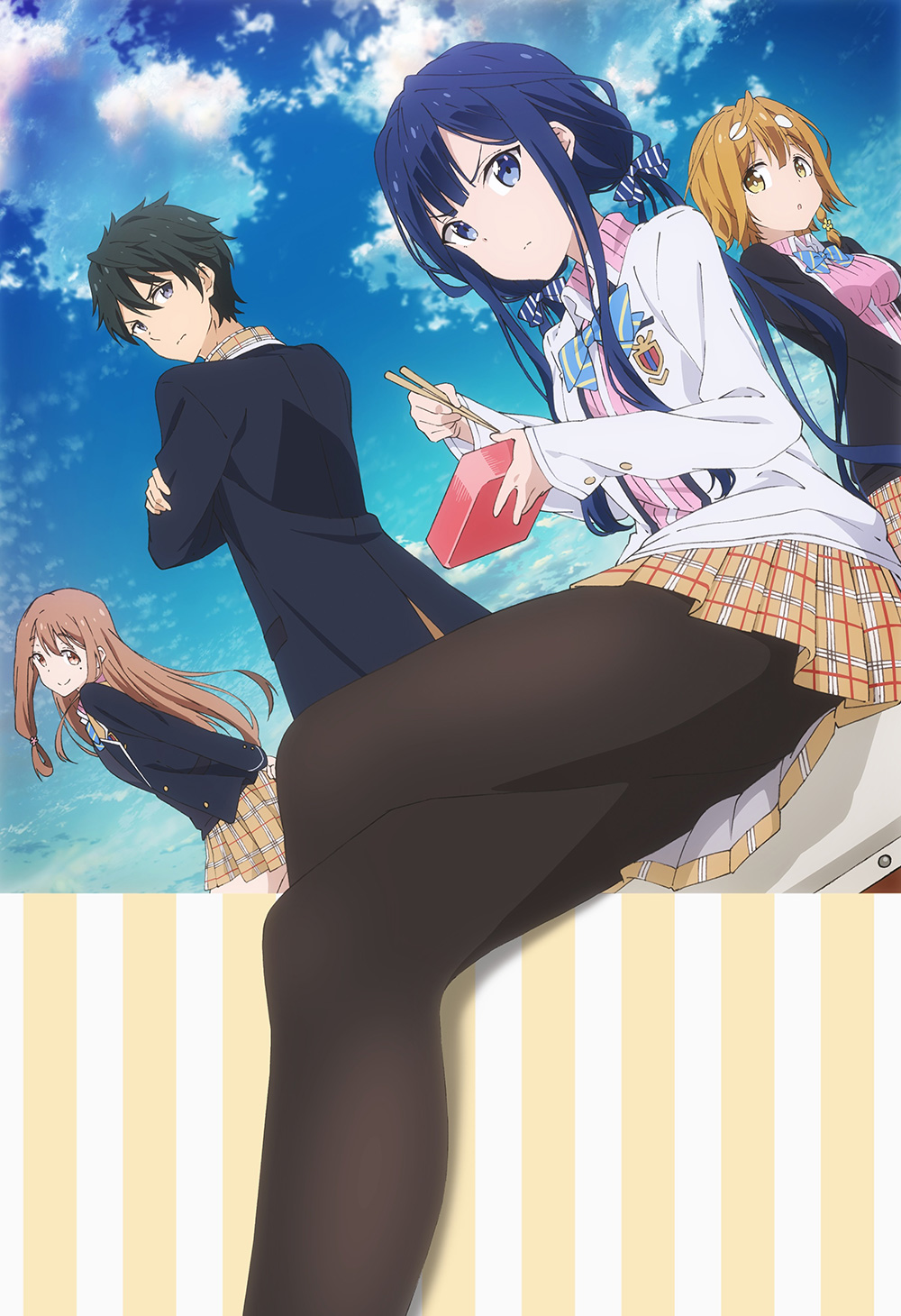 A second season of the Masamune-kun no Revenge TV anime has been announced and is in production.