The official website for the TV anime adaptation of ONE and Yuusuke Murata’s One Punch-Man has announced that a third season of the TV anime is in production. In addition, a teaser visual for the upcoming visual was also released. 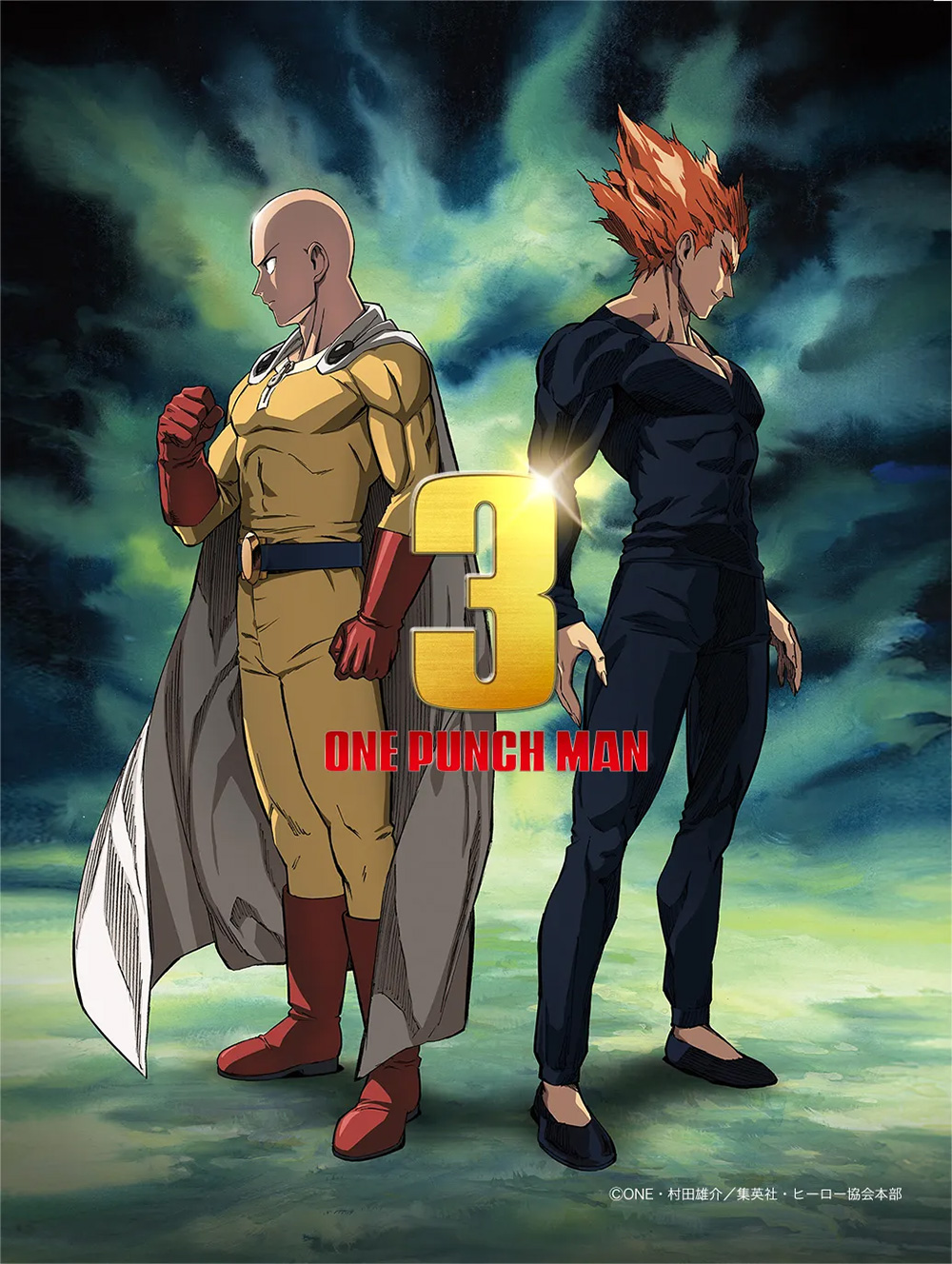 One Punch-Man is an action, comedy manga written by ONE and illustrated by Yuusuke Murata. The series began in 2009 as a free online webcomic written by ONE, before being picked up by Shueisha and being featured in their Young Jump magazine publication in mid-2012, with Murata illustrating. To date, a total of 26 compiled volumes have been released, the latest volume released on June 2nd. The series has become a phenomenon in Japan, selling over 30 million copies as of April 2020. The series was adapted into a 12-episode TV anime in October 2015, directed by Shingo Natsume (Space Dandy, Hori-san to Miyamura-kun) and produced by studio Madhouse (No Game No Life, Wolf Children). The second season premiered in the Spring 2019 anime season, and featured different production staff.

The 3rd season of One Punch-Man has been announced and is currently in production.