Online media streaming platform and producer Netflix announced at their recent Netflix Anime event a brand new original anime that will premiere this year: Vampire in the Garden. The anime will be produced by Wit Studio. The first key visual, cast and staff members were also revealed. 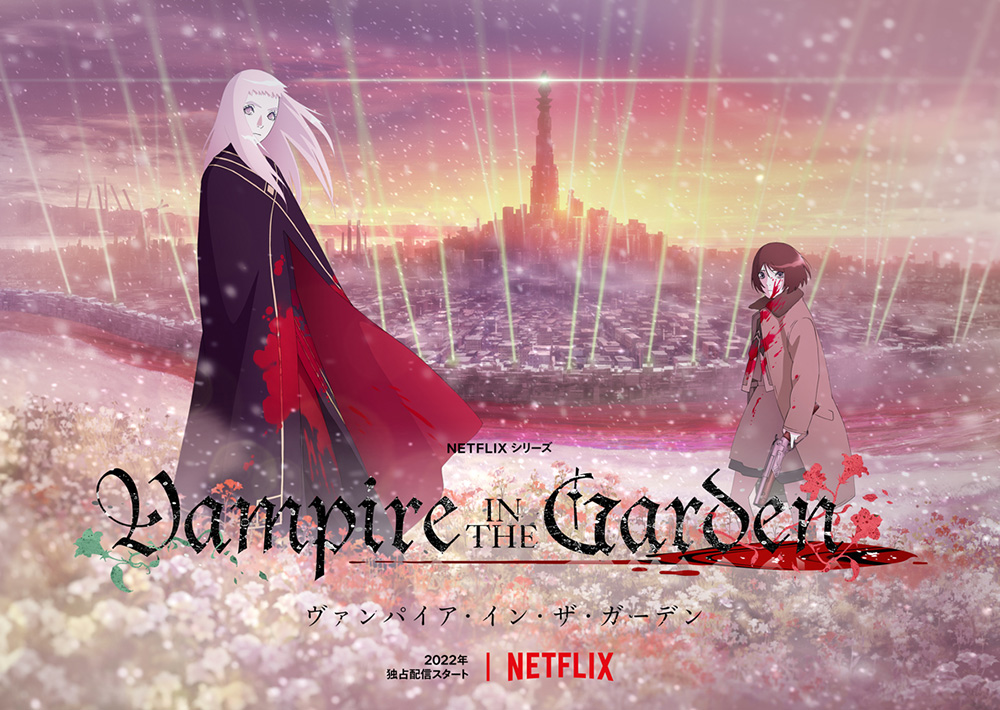 The two leading cast members are as follows:

The members of the production staff include:

Once, vampires and humans lived in harmony. Now, a young girl and a vampire queen will search for that Paradise once again. In the divided world of the future, two girls want to do the forbidden: the human wants to play the violin, and the vampire wants to see a wider world.

A brand new original Netflix anime, titled Vampire in the Garden, is currently in production to be streamed on the platform exclusively this year.