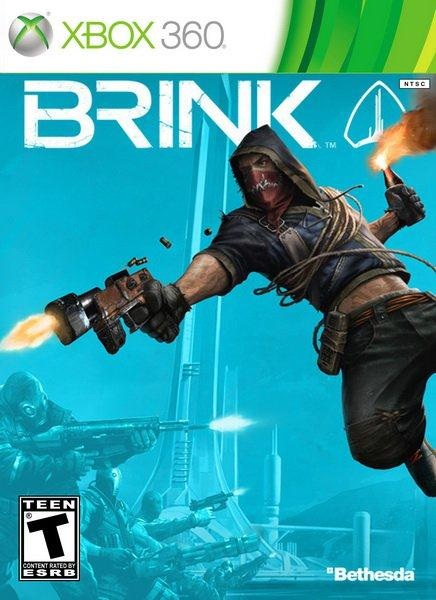 With many first person shooters out in the market, there are few that have the potential to be the next big thing. Promised as a fast paced, tactical and customizable game Brink delivers those promises but come short on everything else. Brink has many problems technically, with textures on maps taking a long time to render and the Ai that does horrendous in single player. Thankfully the promises made were enough to bring some light into Brink, which would’ve been a disaster.

Set in a futuristic utopia called the Ark, you have an option to begin the game with- to save the ark or to escape it. This plays a big role into which faction you get placed in the campaign, the Resistance or the security. Either way you will be able to play as both and both factions have their own missions that interlock with each other. The security fight to save the ark from the troublesome resistance and the resistance try to escape the incompetent government of the ark. Deciding which to go for decides either you escape or defend the ark successfully after the campaign. 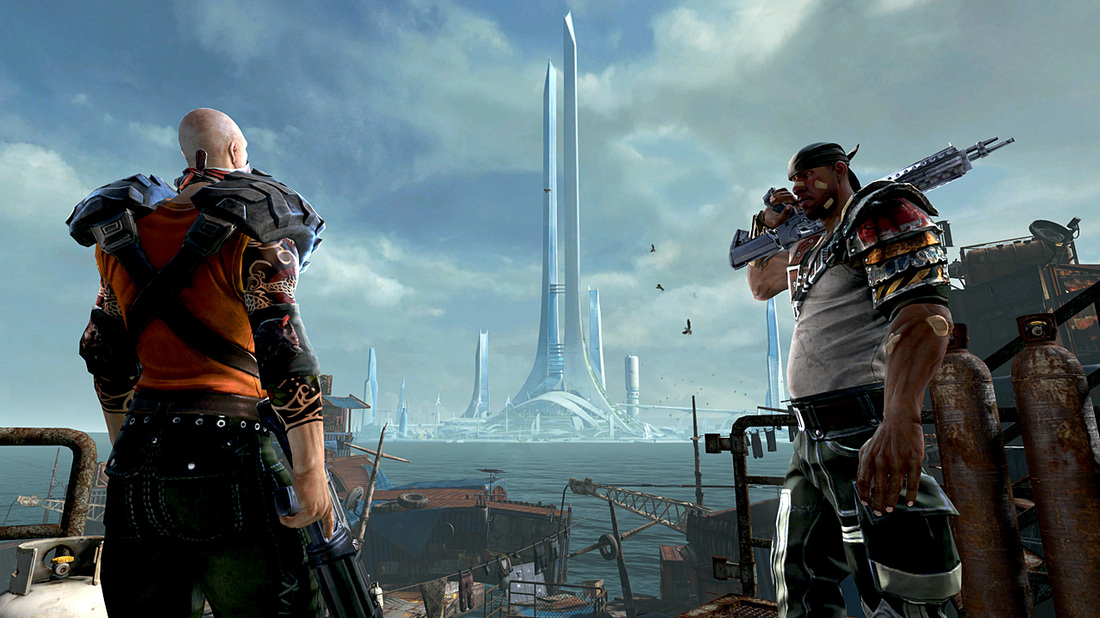 One of the game’s major features is the customizability of the characters. This is shown as there are many different clothing to choose from. From different types of face mask, hair or pants to tattoos or voice, the game is very customizing friendly. On top of that you can choose your body to be a heavy, medium or light player each with their own advantages and disadvantages. The heavy lets you flesh out more damage with bigger guns whilst tanking many damage, the light body lets you move around faster and climb up higher places inaccessible to the other types, but you are limited to lighter weapons and the medium is the mix of both.
Guns themselves can be unlocked by adding little features such as red dots, suppressors and other typical gun modifications. Though guns themselves need to be unlocked by playing the different challenges in challenge mode. These challenges are quite varied and range from tower defence to pakour this, each having three difficulties, unlocking different weapons and modifications.

Classes is the biggest focus in Brink, there are four; Soldier, medic, engineer and operative- the standard fair. Each class is required to do specific task in each session in order to win. Each class themselves have their own perks and abilities such as the medic reviving and buffing people’s health and the engineer placing mines and turrets. Each class can be upgraded with EXP that allows you to level up, and each time gives you a point to obtain one perk from the classes mentioned, or one universal perk. There are multiple command points that can be capture in the battlefield, and some of them have buffs for the tam that captures the point. The main attraction for capturing points is because you can change classes on the fly at those points. Which means you can change classes to better fit the objective or to your liking. 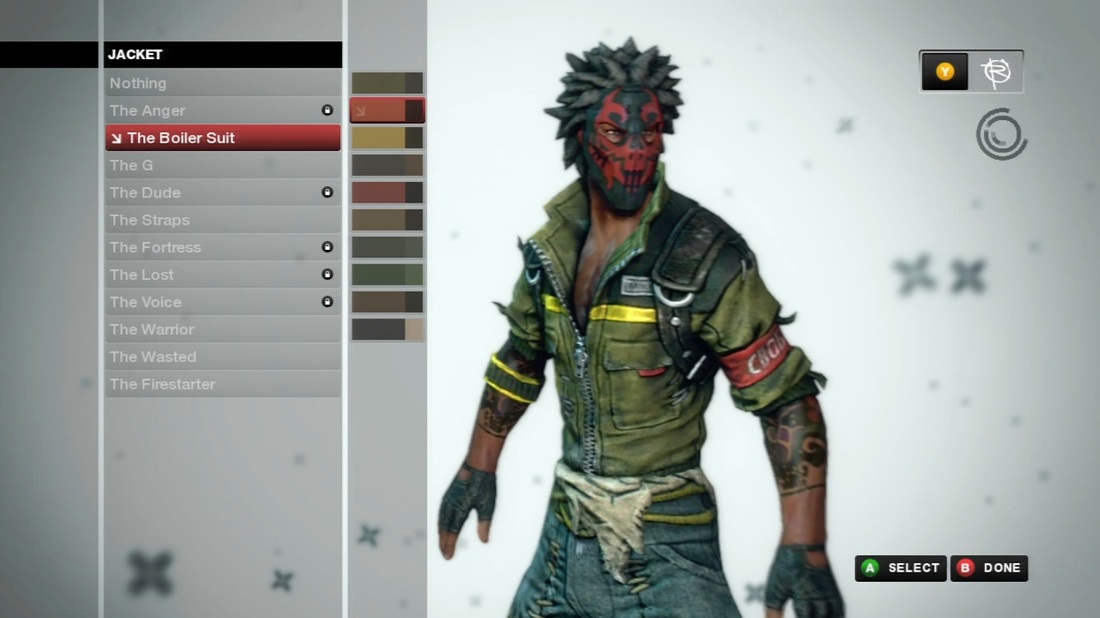 The main gameplay in Brink is quite solid. Guns sound pretty right and they do look pretty good. Though SMGs are quite powerful, more so than others and the grenades in Brink are just worthless. Throwing a grenade hardly injure anyone, it just creates a little puff of smoke. Aiming down the sights of most guns don’t really create the effect of greater accuracy, it is more of a spamming game since the crosshairs is just a circle.

The next major promise is SMART (Smooth Movement Across Random Terrain) or a fancy way of saying parkour. Parkour is a big part of Brink, since most of the environments have multiple ways of getting from A to B. Of course the light body type gets the most benefit from this, with additional SMART components unique to the light. SMART can also get quite frustrating as not all things are climbable. And sometimes when you don’t want to climb over obstacles, you inconveniently do and this frustrated me a lot. Though for the most part the SMART system works well and being able to slide and knock someone over is a plus.

On the battlefield the objectives are quite simple, guarding VIPs to safety, blowing things up and hacking computers. Offline, you have to do all those things yourself because the Ai is stupid enough to only kill the opposition, not clearing the objective. This is the worst about Brink, you having to do everything yourself, and once your halfway to your objective you have no-one to protect you. The Ai are all busy standing around capturing points or buffing each other. So you get rather frustrated that you have to do everything multiple times because the Ai can’t and won’t protect you. Another downer is the constant graphical problems in the environment. The character models look great, but the environments have trouble rendering and textures sometimes pop in and out. That said, the game only ships with a small amount of maps, only about 8 and not all of them utilize SMART to the fullest. 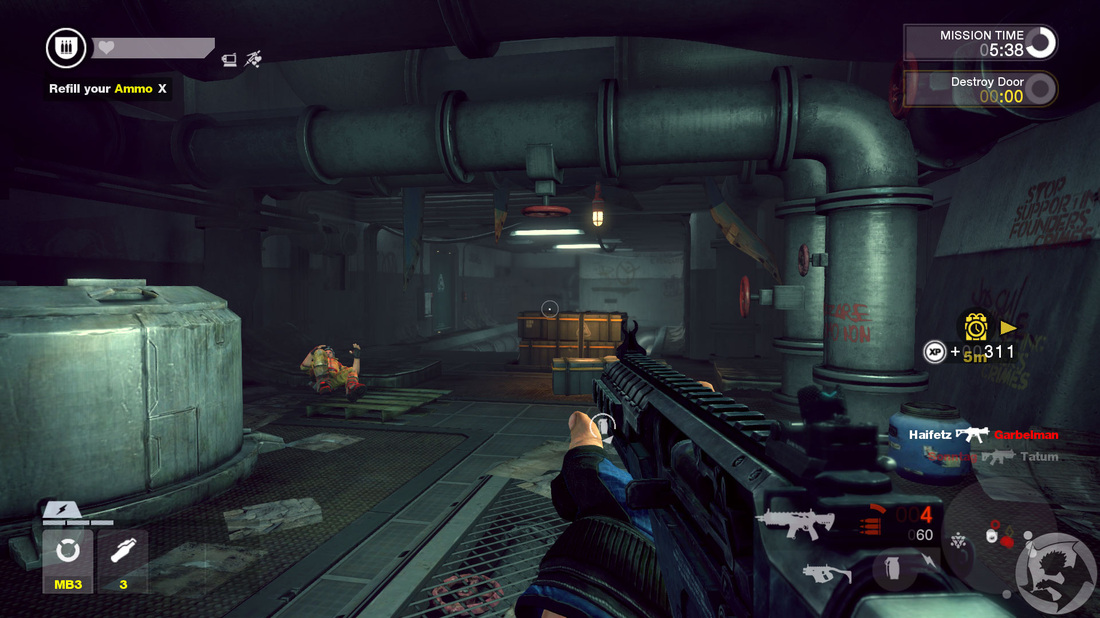 The single player component of Brink is not all that well, the Ai responds poorly and environments render too slow. Though the gunplay is solid the multiplayer is the star and main attraction of Brink.

Now for the saving grace of Brink. Online you can with 12 players competing with each other as either the Resistance or security. Each game has unique cutscenes before, in-between and after each objective- similar to Killzone 3. Games don’t tend to lag online and players are separated into squads with squad leaders. Squad leaders can tell the rest which objectives to take, and it is now marked on the HUD for the player to clearly see. You can check at anytime what the main and sub objectives are by a simple up on the d-pad and it pulls up a wheel of objectives to partake in.

Online has no rubbish Ai, it has fast paced action and the teams are mixed of each class making it all the better. It even allows you to play the campaign in co-op, it is highly recommend as the team without humans sucks balls. Challenges cannot be played in co-op, just to note. Multiplayer of Brink has many fast paced moments, because of the lesser Ai and better teams in general. This is the best part in Brink and a very fun online FPS for the long wait before any major releases. 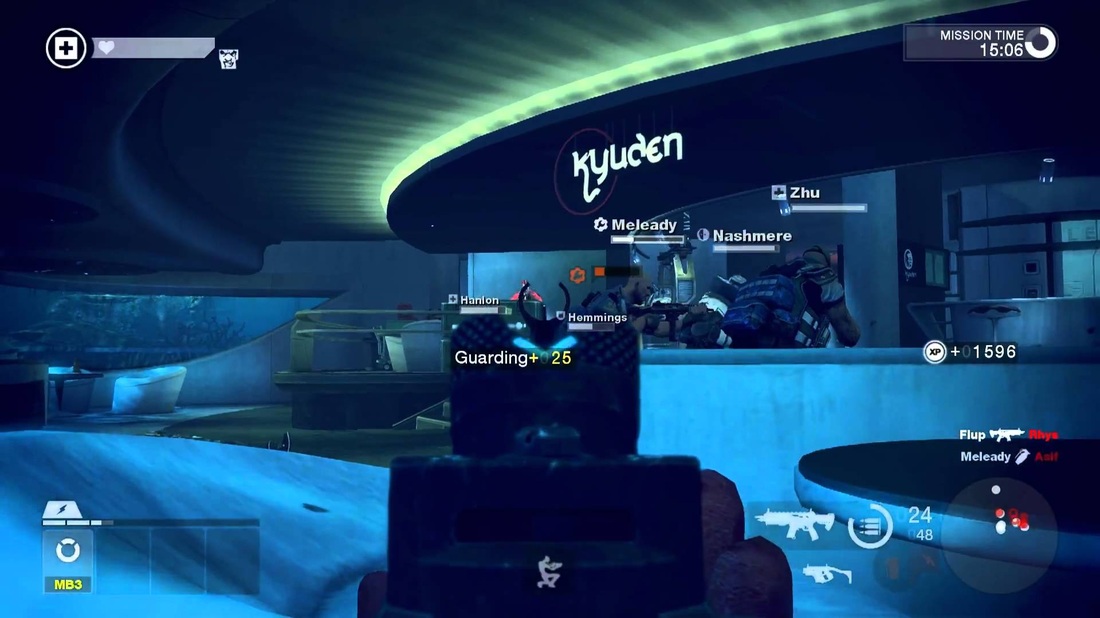 Brink overall promised to be different, stylish and fun. It delivers on most of those but Brink has the potential to be a lot more. If the game was more polished it could’ve been a fantastic game. What released is released and the broken Ai, bland environment textures and limited maps were quite painful to see. But Brink is still quite enjoyable to some degree, as long as you play it online with proper people.