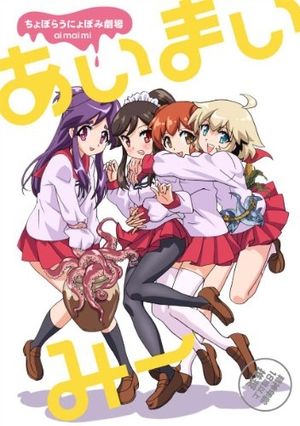 Well, well, well it’s this anime and it proves to be entertaining in the worst way possible. Apparently there’s continuity in this anime since Mi acknowledges that Mai died in the previous episode and is the cause of her disappearance. Then suddenly, Mai appears knocking the door down to reveal her new body: a square robot with a power scouter. And once again, they reuse the vomiting and ear bleeding Mai while the narrator explains some nonsense about social security. After an over the top reveal of the new Mai, Mi finds her sexy and starts-literally- hitting on her, while Ai calls her a cyborg and Mai responds as to Ai checking her out. Mai then reveals the reason for her drastic physical change; to improve her art skills. Of course, it’s so simple and obvious that she would become a cyborg just to be a better artist. Anyways she retraced her steps yesterday and she met some blonde girl called Alyssa London who wants to challenge Mai into a manga battle in order to let her pass. So, Mai didn’t die so continuity is out the window. Also, I think they’re trying the parody the Pokemon system with the random trainers blocking your way and challenging you into a battle. There is even battle music. But that’s all interpretation and most likely not the case. 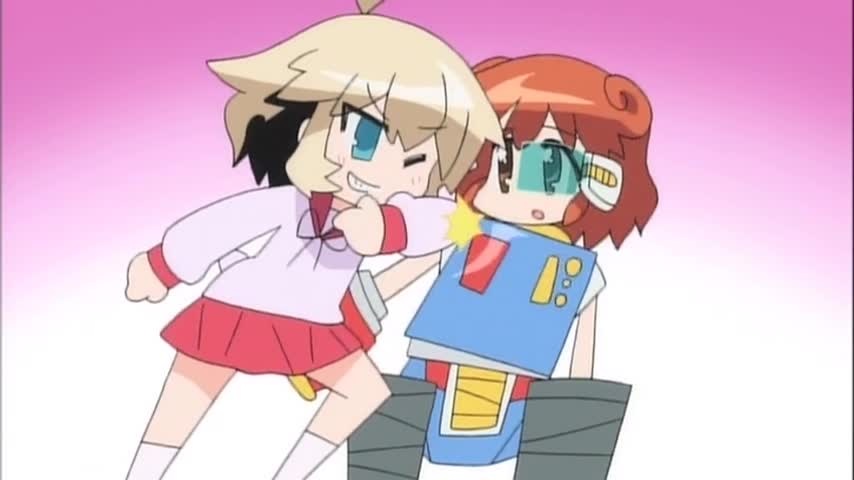 Mai didn’t have a pen so she ran away, to become a cyborg. The three of them go off to find and challenge Ms. London again and find her looking in the opposite direction unsuspected to a surprise attack. Mai and Mi attack but are instantly taken down defeating cyborg Mai. Ai is busy apologising to London while she spots that Ai has pen callus, from writing manga- especially the one that killed Mai which did not happen. London finds this as a challenge and attacks Ai but a persona stands in-between stopping her attack. Oh, he also has a name: Nakanishi. He tells Ai to go and to leave London to him, since he is a masochist and loves pain before getting repeatedly beat up Street Fighter style while Ai grabs Mai and Mi. So yeah, apparently this guy is a masochist and this episode wouldn’t follow the structure of previous episodes with some super random and weird thing. Though there already is a cyborg artist.

Yeah, I think the thing with London was a parody of video games (and the ending as well) and that there isn’t much to say about it other than the unexpected masochist. It is just stupid, stupid enough to be somewhat enjoyable. I mean this is probably what the anime’s creators want, to make something so absurd, so crazy and horrendously stupid that it is amazing. Though, the latter isn’t true but the series is pretty absurd. The episode is better than the first two, maybe since it followed one story rather than two- because that is too difficult for them. Still, this anime may be the most brilliant thing ever and no one would know…

Following the stupid rule of watching all the short series, I guess I will have to continue to watch this. Which is fine since ripping on this anime is fun. The anime is quick, stupid, confusing at times due to its absurdity, and quirky to the extent of an ant. There are no words to perfectly describe this anime, so I will probably need to finish it before I can- there; I justified watching this entire mess.