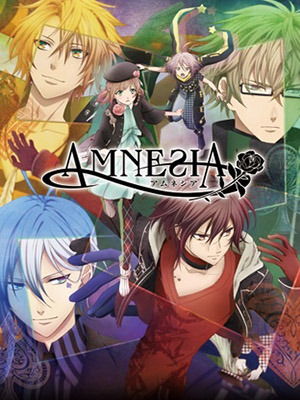 Following the surprise kiss from the second episode, the third episode of Amnesia once again ask more questions than it answers. In this episode we see the nameless heroine awake after her accident last episode, with Shin kissing her in the hospital. And thus, this reveals that they were dating, which is also confirmed by Shin himself. But here’s the kicker, Shin discovers that the heroine has lost her memories- everything about their time together, dating for three months, being a vocalist for a band, and first kissing in the band room. Some of her history is revealed between the conversations between her and Shin, which seems to be the focus of the episode. Toma, the blonde one, is also let in on the secret that she has lost her memories, and vouch to help her remember fragments of her memory or just help her out. It is also revealed that she is in college and Shin is a senior in high school, which share the same campus. It is also seems that Shin kissed her a lot previously, which made her blush a lot making me think that she had a rather cute innocent personality- such a shame about her now though. Also, Shin tries to kiss her again but she rejects it, and I guess that pretty much punched Shin right in the gut. 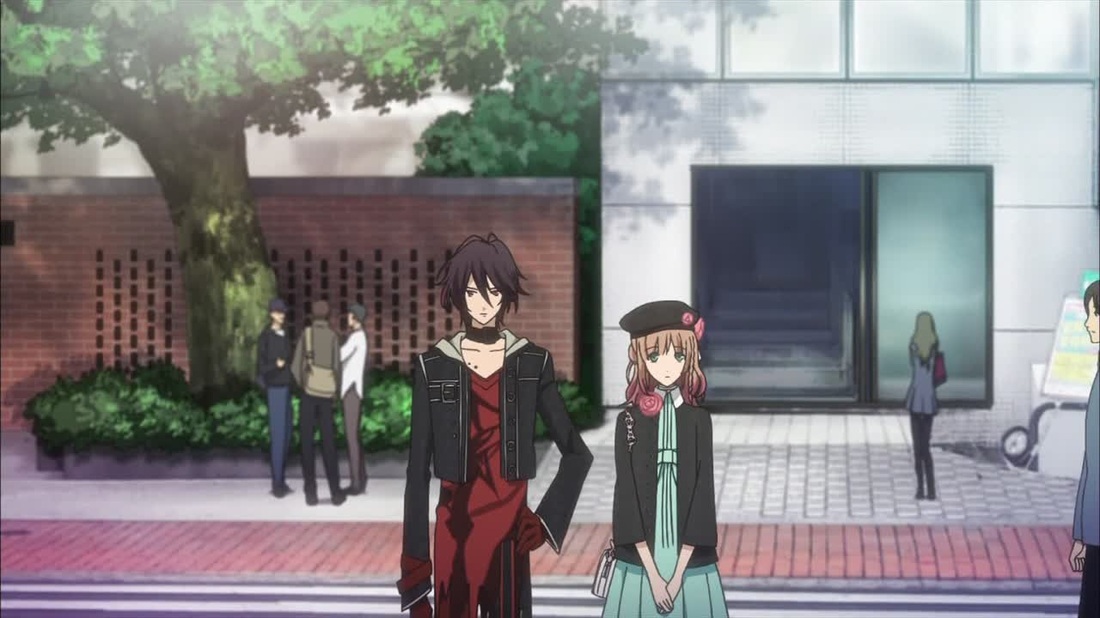 The workplace of the heroine is called Maid’s sheep, and Shin has her practice her greeting and farewell, which involves her bowing and calling them master- which she does on the spot making Shin blush since she is rather adorable doing it. Maybe it was his plan all along. Inside, it seems that the boss is acting very weird, he is all cheery, worried, playful, weird, sounds sort of queer (hope I don’t offend anyone) and just overly wrong to what he previously was. Shima and Mine arrive and explain the night of the accident to the heroine. But something is wrong: Ikki and Ken are unknown people, they didn’t go to watch the meteor shower, all the members searched for an hour- somehow this is connected- which doesn’t align with the heroine’s story or the one from last episode. This has two meanings: she has somehow travelled to a parallel universe, a la Steins;Gate, or that it really was a dream. The former does seem more likely since Orion is involved, but he isn’t in this episode. Which does confirm the suspicion on this theory.

The heroine also meets the green hair Sephirorth guy, who now sounds and looks a lot like Yashiro from K. While they talked, Shin arrives angry about leaving before he picked her up- but something weird happens that no one picks up on, that guy disappears! He just isn’t there anymore. And at the end, Shin proclaims that it’s his fault that she was in an accident and that is when the heroine hears Orion’s voice. So the majority of this episode is focused on Shin and the heroine’s relationship. So most of the episode is in fact just shots of their faces, of Shin’s cold face and somewhat regretful look at times, and the heroine’s surprise face which happens in almost every scene. But I will forgive her since she did lose her memories, the previous events don’t even match up and some emo kid is kissing you- also he is wearing one red and one black boot…. 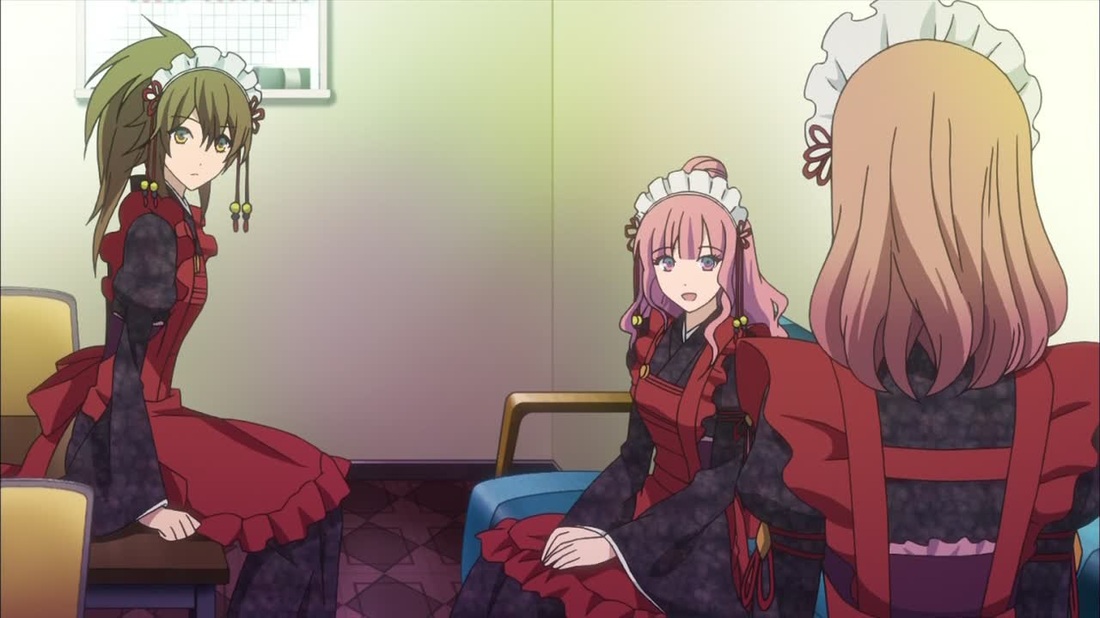 And now, time to decide whether this is worth my time. In all respect, it is an interesting anime thus far and I assume all the answers won’t be answered until the very end. The art style is nice, but the weird coloured eyes are… yeah, and the music box BGM is beautiful to listen to. There seems to be more questions being asked then answered and the anime is moving quite slowly. While it is a somewhat slow drive, it really isn’t enough to capture my time as of now. Perhaps it could really be a good thoughtful anime, but not right now. Based on the three episodes thus far, it is a nice anime with a lot of mystery stuff and some fantasy sci-fi universe travelling non-sense, unless proven wrong.