In the 6th volume of Inu to Hasami wa Tsukaiyo, an advert has revealed that the comedy light novel series will be getting an anime adaptation. Shunsuke Sarao’s light novel series was launched by Tetsuhiro Nabeshima in 2011 and earned an honor in the Entame Taish? awards’ novel category. It has already inspired a drama CD last year, a manga adaptation in Kadokawa Shoten’s Monthly Sh?nen Ace magazine last May. There has been no further information regarding the air data and cast. 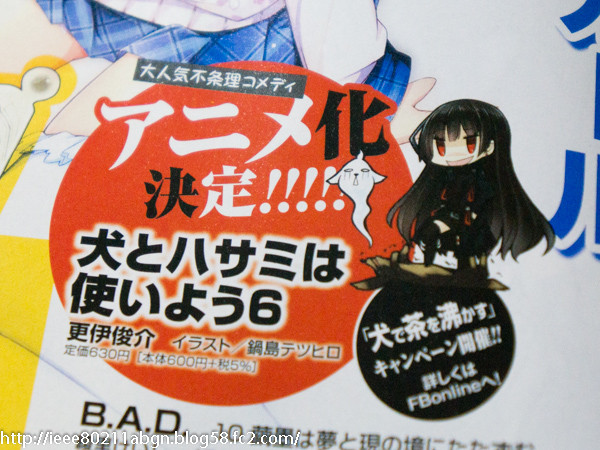 Here is a brief synopsis of the series:

There’s nothing in the world more enjoyable than reading for Harumi Kazuhito. He spends his days with his head buried in books. But one night when he was enjoying a good story in a café, a violent robber comes in and threatens the people inside. Kazuhito is not the hero type but something came over him and he tried to subdue the robber only to get killed. When he came to, he was reborn as a dog under the care of one of the customers who was in the café that night, Natsuno Kirihime. Through some kind of connection, Kirihime can hear Kazuhito’s thoughts as a dog. Unfortunately for Kazuhito, Kirihime has a bit of a sadistic personality and a thing for scissors. 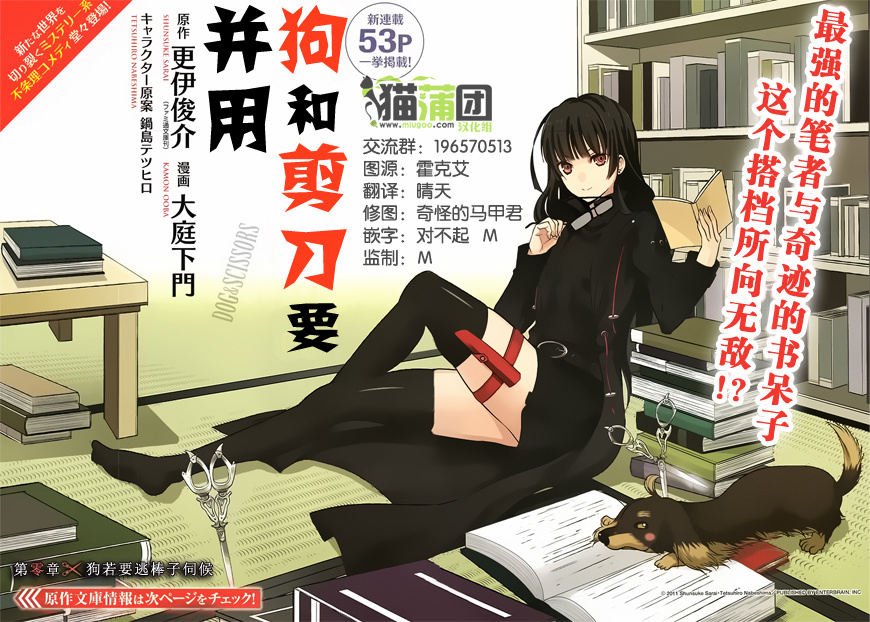 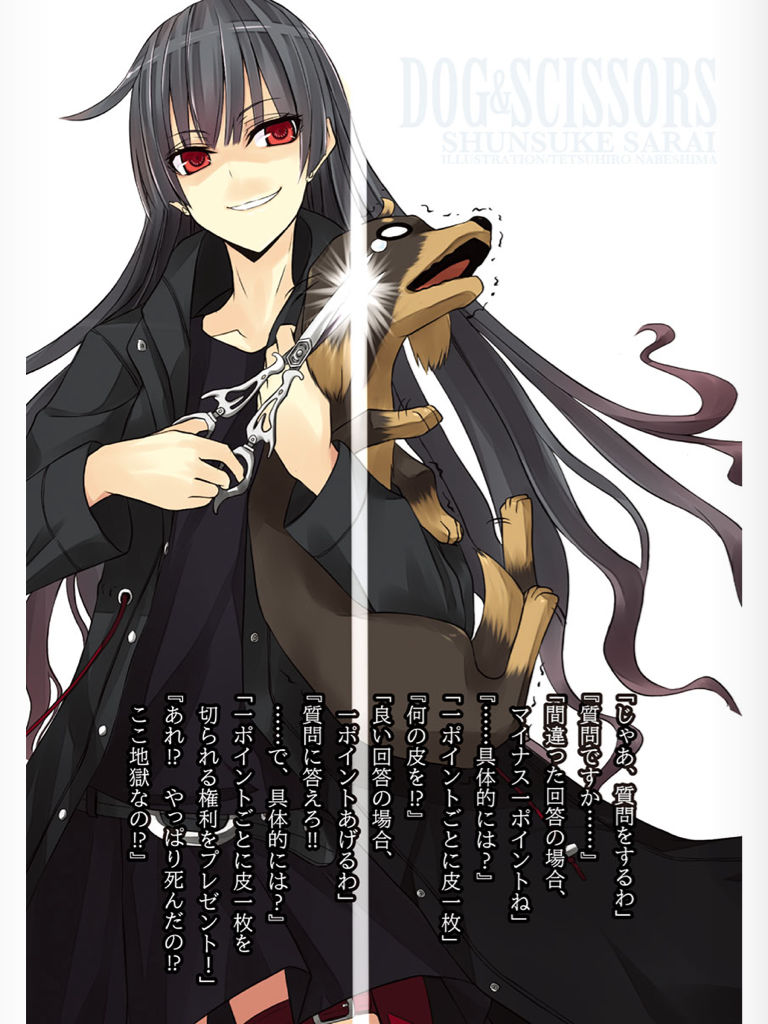