The next big project from famous writer Gen Urobuchi will be airing this Summer. Titled Aldnoah Zero, the series this mecha series is created by Urobuchi and features a stellar production cast. The news of the air date was announced by the official Manga Time Kirara’s Twitter, which also announced that more information on the series will revealed in their May issue.

Aldnoah Zero is a brand new original series created  by Gen Urobuchi, the writer of the Fate/Zero light novels and anime, and Puella Magi Madoka Magica. The anime will be directed by Ei Aoki who directed the Fate/Zero anime – teaming up with Urobuchi once again. The series will be written by the “Olympus Knights”, a group of writers from Nitro+ (known for their science adventure visual novels) that is helmed by Urobuchi. Katsuhiko Takayama (Mirai Nikki) will be the series composer, managing the flow and story of the series.

The character concepts will be done by Masako Matsumoto (Naruto Shippuden) and the final character designs will be from Takako Shimura (Aoi Hana). The series will feature mechs designed by I-IV and Kenji Teraoka (Ghost in the Shell: Stand Alone Complex), and the music will be composed by Hiroyuki Sawano (Shingeki no Kyojin). The series will be produced by A-1 Pictures and studio TROYCA, and will be a collaboration with Nitro+.

Additionally, you can see the mech designs by I-IV in the key visual below: 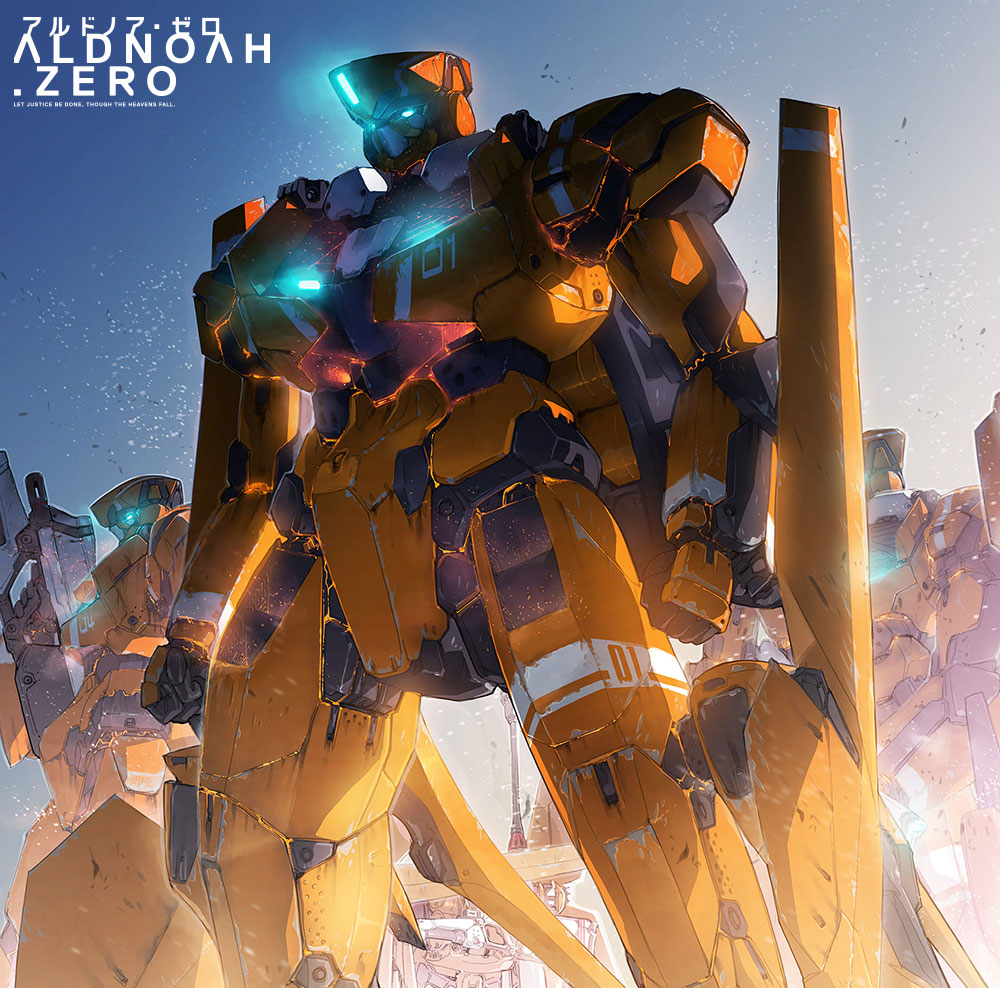 The three main cast members were revealed by Aoki at AnimeJapan 2014. They are:

New visuals of the three main characters were also released (in the order as above).

On top of all these new visuals, a new promotional video was also released by Aniplex.

Aldnoah Zero will be out this July. The series will be premiering on Tokyo MX, BS11, Asahi Broadcasting Corporation, Tochigi TV and Gunma TV. The series will also be available on the popular Japanese livestreaming site Niconico. More information about the series will be revealed in the May issue of Manga Time Kirara and the upcoming months.

You can also visit the official website for more information: http://www.aldnoahzero.com/