Japanese media publisher Kodansha has announced that Yukiya Murasaki and Takahiro Tsurusaki’s Isekai Maou to Shoukan Shoujo no Dorei Majutsu (How NOT to Summon a Demon Lord) light novel will be receiving a TV anime adaptation. The anime’s first key visual was revealed via the new official website. 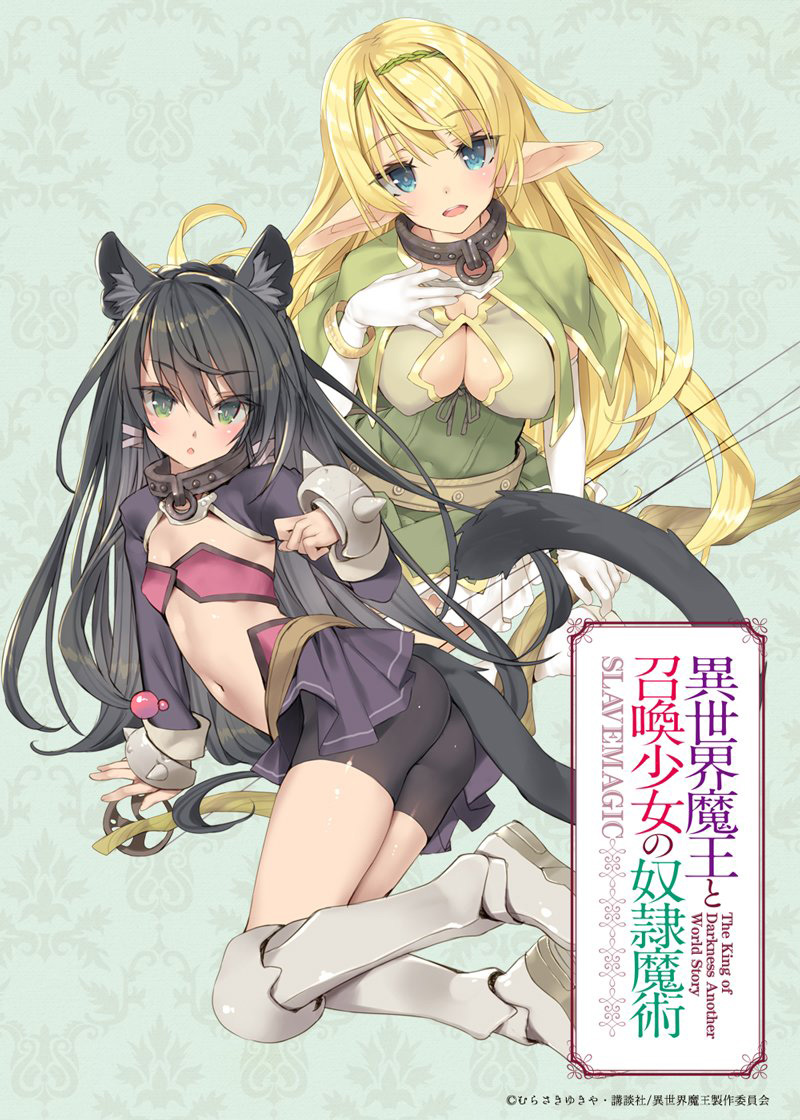 Isekai Maou to Shoukan Shoujo no Dorei Majutsu (How NOT to Summon a Demon Lord) is a fantasy light novel series written by Yukiya Murasaki and illustrated by Takahiro Tsurusaki. The series began in late 2014 being published under Kadokawa’s J-Novel Club imprint. To date a total of 9 volumes have been published. The series also has a manga adaptation by Naoto Fukuda that began in 2015. The manga is published under Kodansha’s Suiyoubi no Sirius and has a total of 5 compiled volumes.

In regards to the MMORPG Cross Reverie, Sakamoto Takuma boasted an overwhelming strength that was enough for him to be called the Demon King by the other players. One day, he gets summoned to another world with his appearance in the game. There, there are two people that insist “I am the real summon master.” Takuma gets slave-turning magic used for summoned beasts cast on him by the girls―

However, the peculiar ability “Magic Reflection” is invoked! The ones that were turned to slaves were the girls!

Takuma was bewildered. He’s the strongest magician but, he doesn’t have any social skills. Panicking, the first words that came out were the ones that he used inside the game role-playing the Demon King?! “I’m amazing you say? Of course I am. I am Diablo… The one feared as the Demon King!”

This is the story the Demon King (acting) that would soon inspire the world and his other world adventure that he plunges through with his absolute strength, raise the curtain!

A TV anime adaptation of the Isekai Maou to Shoukan Shoujo no Dorei Majutsu light novel series has been announced and is currently in production. Further details about the series will be revealed at a later date.


“Isekai Maou to Shoukan Shoujo no Dorei Majutsu”, “How NOT to Summon a Demon Lord”, images, and all associated brands and titles © 2018 Yukiya Murasaki, Takahiro Tsurusaki, and Kadokawa