Earlier today at the Digimon 15th Anniversary livestream event at the Odaiba Cinema, it was announced that a Blu-ray box set of Digimon Adventure will go on sale next year, alongside a Blu-ray box set of all the Digimon films released. The event itself featured Chinatsu Sakamoto, the Japanese voice of Agumon, Mayumi Yamaguchi, the voice of Gabumon, Ai Maeda the voice of Mimi, and Koji Wada,who sung the first Opening in the Japanese Digimon Adventure. 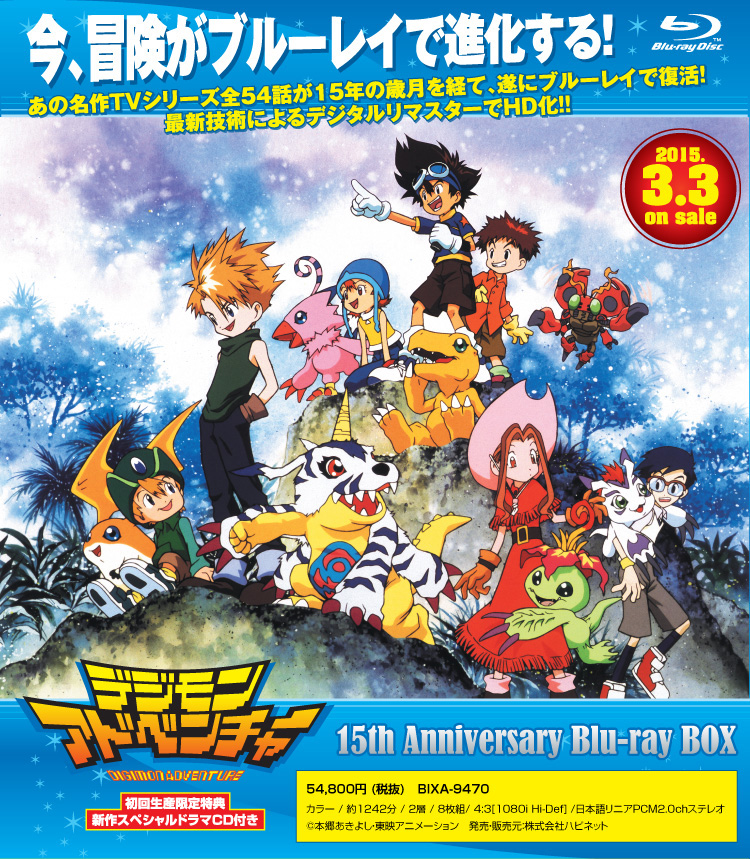 The Blu-ray box set of Digimon Adventure will contain the entire series that aired from 1999 till 2000. The series will feature update visuals of the anime in 1080i resolution, though it will be at a 4:3 aspect ratio. In addition to the anime series, it will be bundled with a new special drama CD for a limited time. There will also be an art book, 2 special booklets; one titled Memories Of Our Digimon Adventure and the other titled Summer Adventure Vacation Diary. The boxset will also feature uncredited versions of the opening and commercials of the anime. The box set will release next year on March 3rd and will cost ¥54,800 (~ $548.00 USD).

You can find more information on the box set here: http://www.happinet-p.com/digimon/ 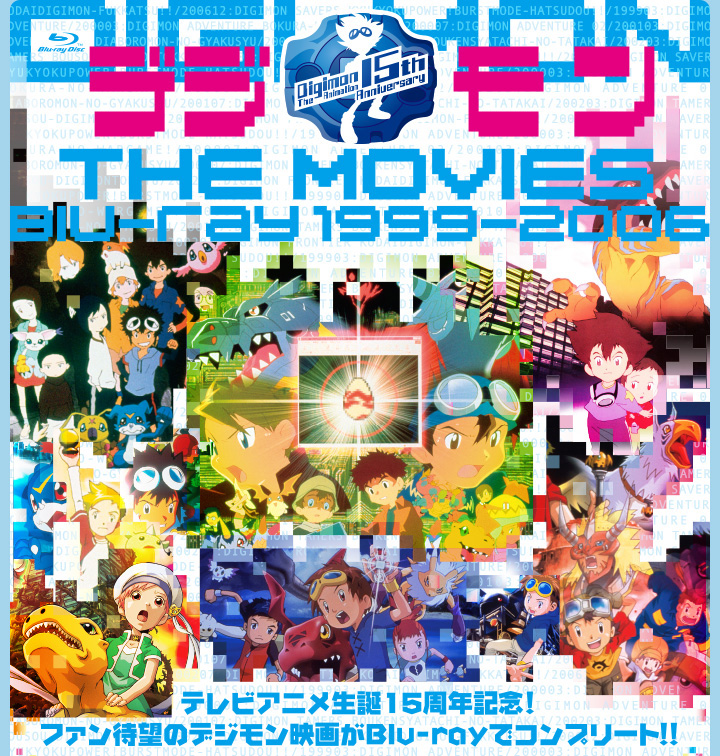 The next major announcement is that all the Digimon films will be compiled and reproduced by Toei Animation into a single Blu-ray box set. A total of 9 films were released from 1999 to 2006:

The box set will contain all movies on four discs, as well as a bonus disc containing additional content. All the films will be outputted at 1080p with support for 5.1 Dolby TrueHD sound. The bonus disc itself will contain two new 3D animations, one of which is by Mamoru Hosoda who directed the first three Digimon films (and went on to direct The Girl Who Leapt Through Time and Wolf Children). The disc also contains other special content that hasn’t been revealed yet. It will also be available in 3D. Additional content with the box set includes the soundtrack to Digimon: Our War Game! The combined times of the films is 295 minutes. The Digimon The Movies Blu-ray box set will release in Japan on January 9th and will cost ¥25,000 (~ $250.00 USD).

You can find out more information on the box set here: http://www.toei-video.co.jp/BD/digimon.html