The official website and Twitter of the Tamayura anime has announced that a major announcement will be made at the 2014 Tamayura Festival, which will be held on August 3. The Event itself will be held at the Hibiya Kokaido public hall at Hibiya Park, Chiyoda City, Tokyo.

The main cast members of the anime will also be attending the fan event: Ayana Taketatsu who voiced Fuu Sawatari, Kana Asumi who portrayed Kaoru Hanawa, Yuka Iguchi who voiced Norie Okazaki, Yuko Gibu who voiced Maon Sakurada, and Ai Kayano who voiced Kanae Mitani in the second season. Additionally, the director and creator of the series Junichi Sato will be attending as well as other staff members. The tickets to the 2014 Tamayura Festival will cost ¥5,400 (~ $54 USD). 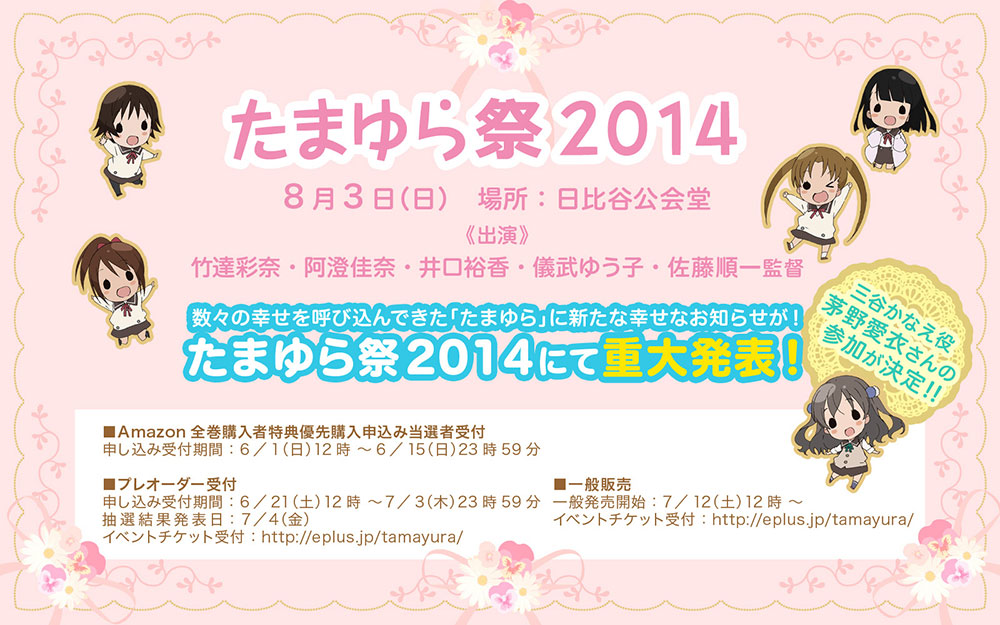 Tamayura is a manga series that ran from October 2008 till March 2011 in Mag Garden’s Eden magazine. The series was written by Junichi Sato and illustrated by Momo. The manga was then followed up with the sequel Tamayura: Hitotose, which serialized in 2011 and ran for two years for a total of 3 volumes. An anime adaptation of the original manga was produced in 2010 in the form of 4 OVAs, which were produced by Hal Film Maker (Aria the Origination, Skip Beat!) and directed by Sato himself. It was followed up with a full TV anime series in 2011 of the sequel manga, once again directed by Sato but animated by TYO Animations (Shinryaku! Ika Musume, Plastic Nee-san). A sequel season titled Tamayura: More Aggressive aired last year.

An OVA of Tamayura: More Aggressive released on June 7.

The story takes place in Seto Inland Sea and is about a girl who likes taking pictures. 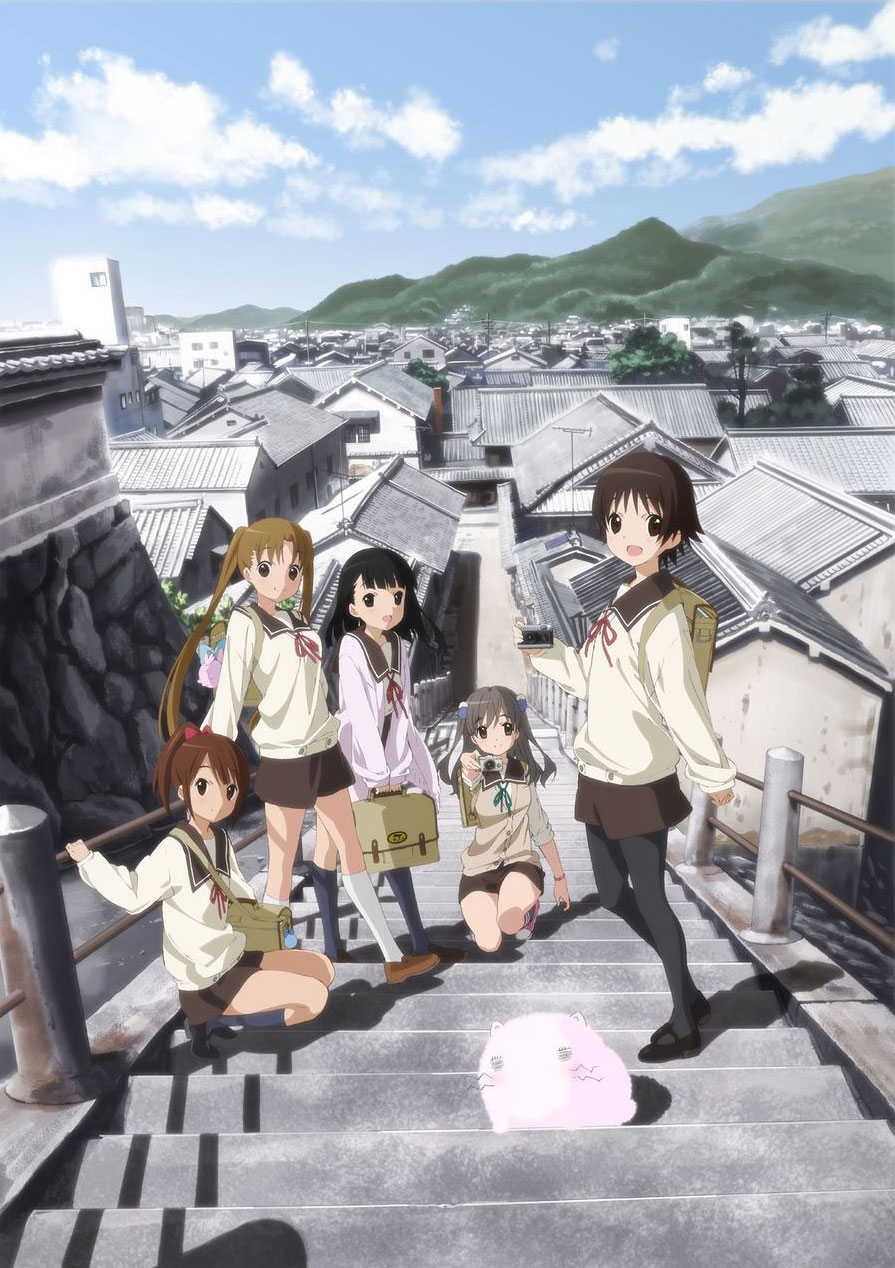 The 2014 Tamayura Festival is being held on August 8. The major announcement will be made during the event, and what could be announced can only be speculated.