The official website of Koei Tecmo’s upcoming game based on Hajime Isayama’s Attack on Titan has been updated with lots of new footage and images for the PlayStation title, which will release in Japan this Winter. 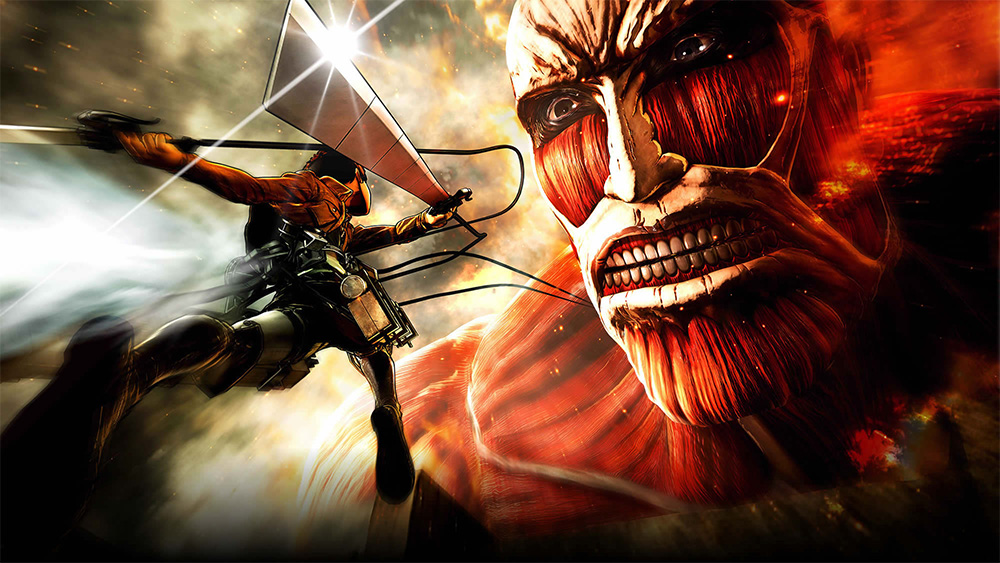 The Attack on Titan game will be developed by Omega Force and published by Koei Tecmo, who worked on the Dynasty Warriors series. The game will release on the PlayStation 4, PlayStation 4 and PlayStation Vita. It will  be set during the Battle of Trost where players are able to play as: Eren, Mikasa, Armin, Sasha, Connie, Jean, Annie, Ymir, Krista, Reiner, Bertolt, Marco, Keith, Pixis, Ian, and Rico. The main cast from the anime will return to reprise their roles.

A total of 10 new gameplay videos have been released showcasing various elements and systems in the game..

Here are the latest screenshots for the game:

In addition, players will be able to freely walk around town talking to other members of the Survey Corps.

The game will feature a wide variety of locations:

Here are previous screenshots of the game:

And an 8 minute gameplay video:

The tentatively titled Attack on Titan game will release on the PS3, PS4 and Vita this Winter in Japan and in 2016 in the West.