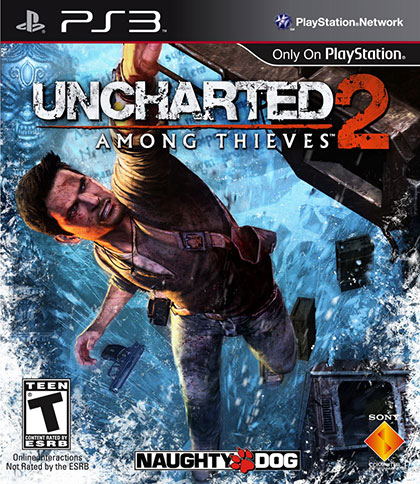 Uncharted 2: Among Thieves is a very distinctive game. It comprises off rich and delightful graphics which pushes the PS3 to its limits, interesting and nifty character developments and a broad array of environments to play in. On the other hand, Uncharted 2 has some points which can disappoint even the most serious Uncharted fan. A worthy of note point about Uncharted 2 is the adventurous feel of Uncharted: Drake’s Fortune has been replaced, with urban puzzle solving and combat. The puzzles are mostly indoors, and the general Uncharted feel has been lost and replaced with game play that no longer has the original adventurous feel of Uncharted. Problems such as tiresome puzzles and at times boring levels have successfully made Uncharted 2 not the perfect game, at first thought.

The game starts as Nathan is hanging off a cliff. Though the real actions starts in flash backs, telling the story leading up to why is Nathan hanging off a cliff. Through flashbacks, it is revealed that Harry Flynn and Chloe Frazer approached him with a job to steal a Mongolian oil lamp in an Istanbul museum. Nate accepts the job when he learns that the lamp may lead to the treasures in Marco Polo’s lost fleet. Flynn and Drake acquire the lamp, which contains a map showing that the lost fleet had been transporting the Cintamani Stone from Shambhala before being thrown ashore in Borneo by a tsunami. Taking the map, Flynn double-crosses Drake, who is arrested and imprisoned for three months. Chloe, who claims to have had no knowledge of Flynn’s treachery, asks for the help of Drake’s friend Sully. 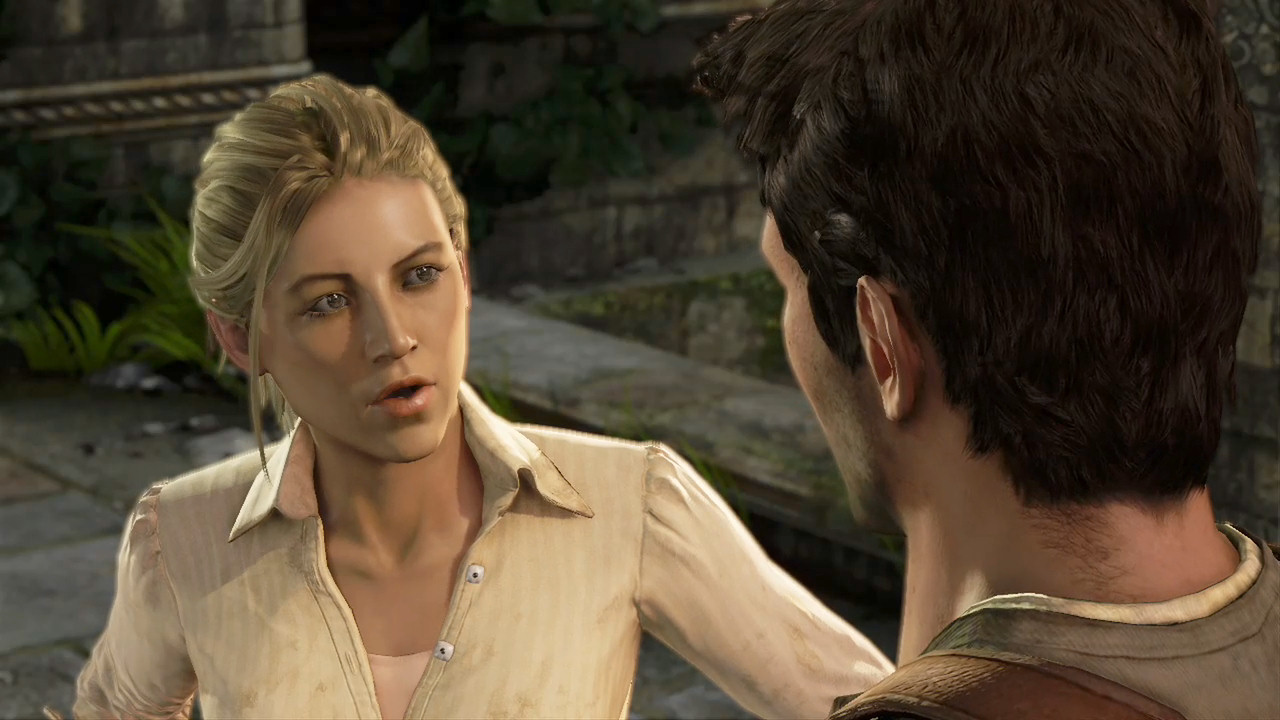 Every fan understands the trademark of the Uncharted series, is how stunningly beautiful the graphics are, Uncharted 2 has great graphics which shows at best during the Mountain Range chapters. The whole game from start to finish has brilliant eye opening graphics which at time, look just like in real life. So, Bravo Naughty Dog! The graphics are top notch!

The large array of environments in Uncharted 2 is just awesome! Different environments such as a snowy mountain range, Tibetan villages, Tibetan temples, Nepalese streets and ice caves. These are just extremely fun to play in, and are just great! 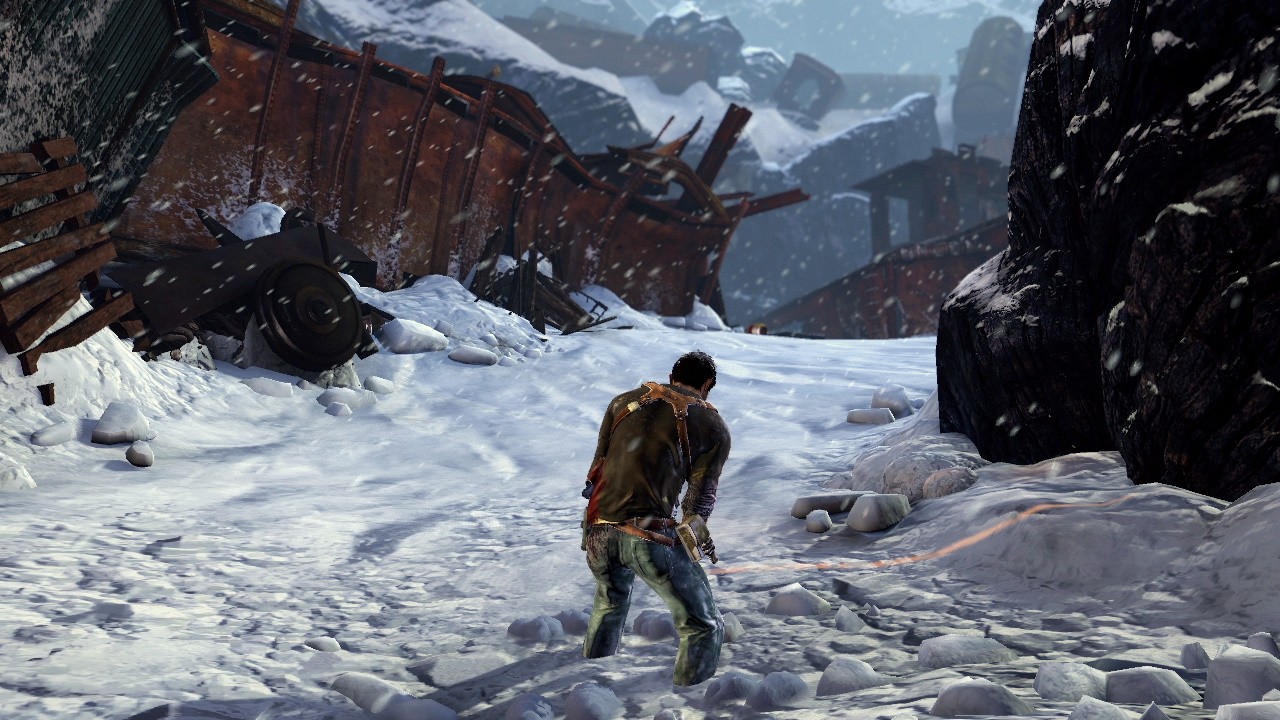 The tiresome and boring puzzles in this video game, is a serious problem. Most puzzles are extremely simple, and only a handful requires you to access your Journal anymore. The puzzles are easy to solve and after a while, they’ll start to get in your way of playing a decent game.

Some levels in Uncharted 2, really are quite boring, and feel like a “drag”. Luckily, only a few bits and pieces are boring, and most chapters in the game are quite fun to play! If only the developers spent a few more days working on the level designs, Uncharted 2 will be the ultimate game of 2009!

Overall, Uncharted 2 is a decent game that should be played by the fans of the original game and it has stunningly beautiful graphics, a fun plot line, but some puzzles do grow seriously boring and tiresome. This game is great fun, and should be bought but do expect some problems. 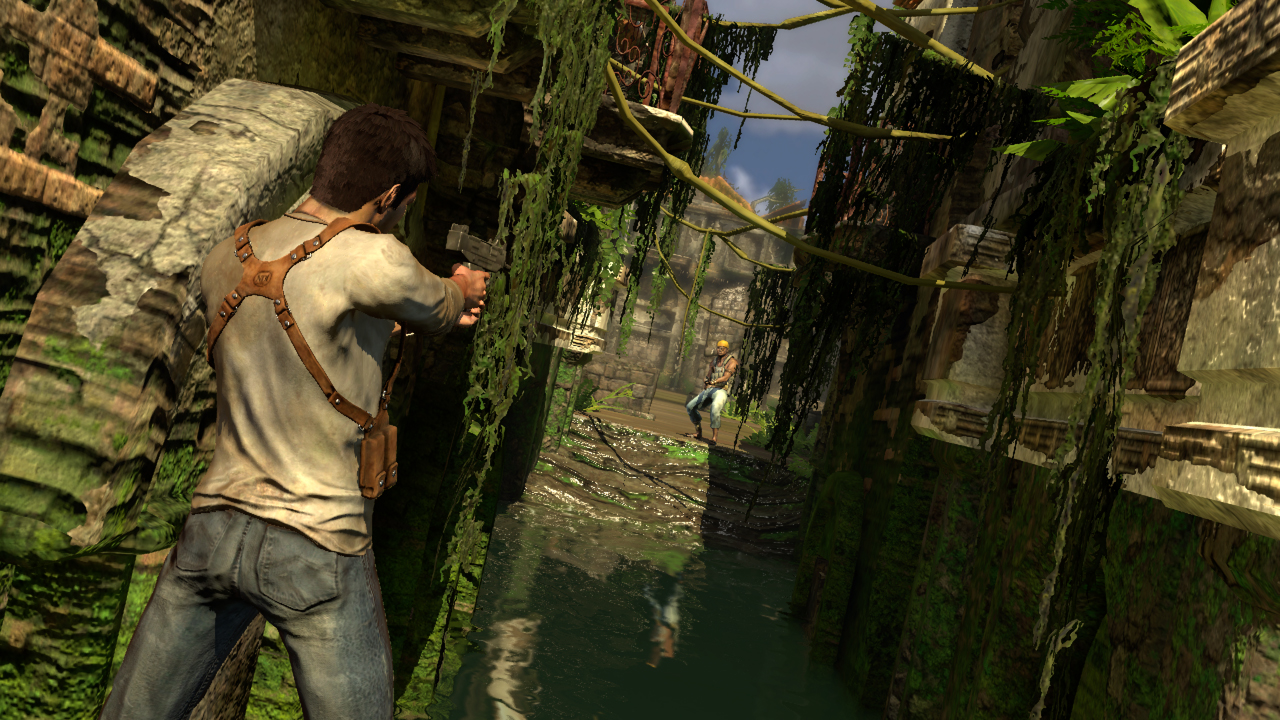 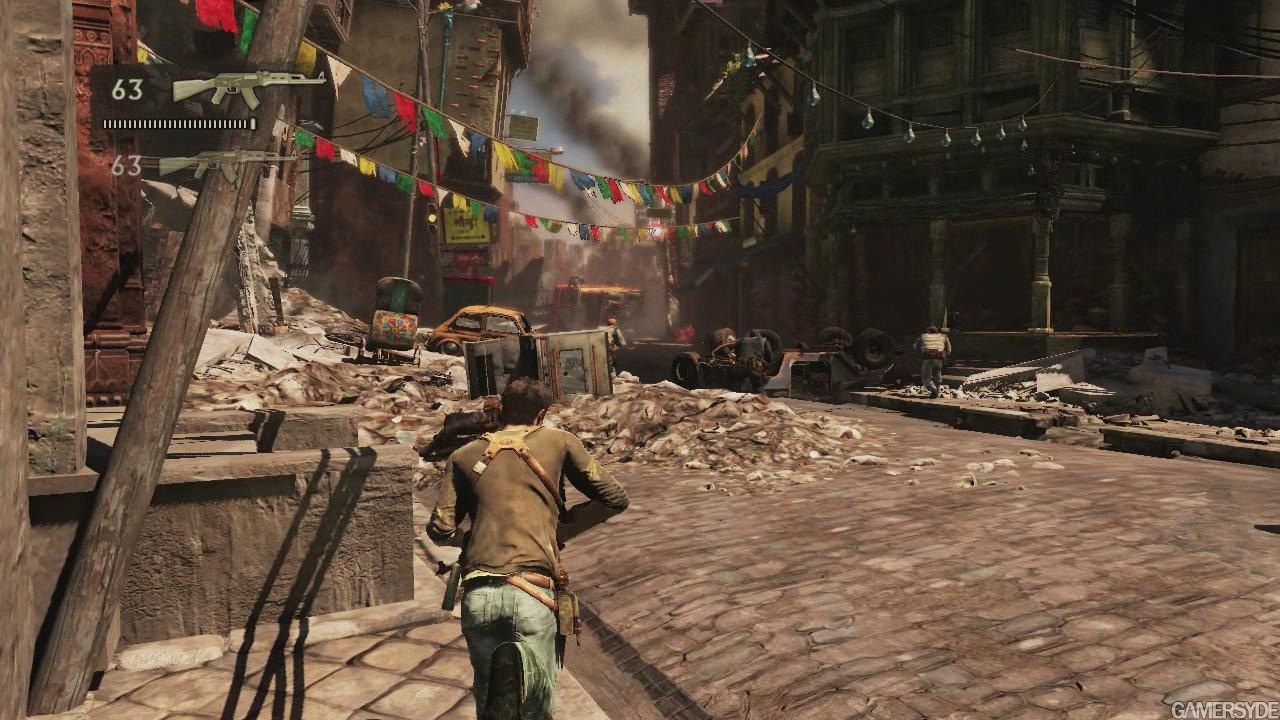 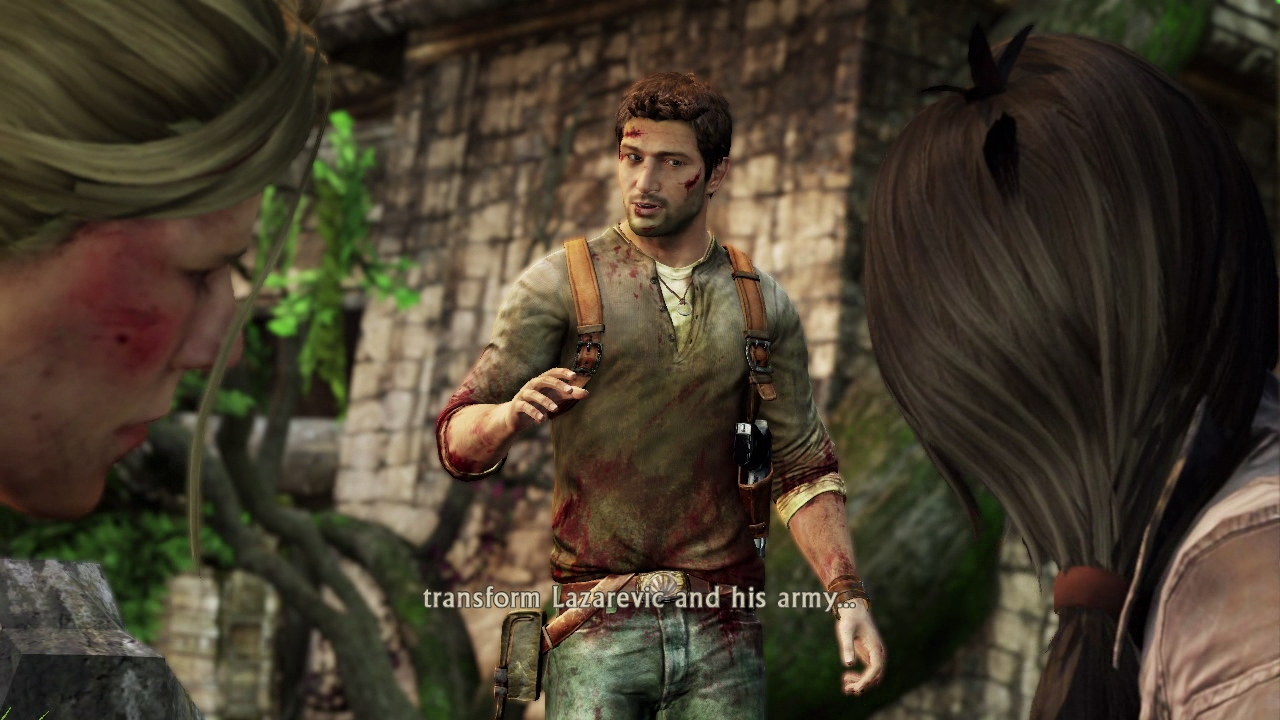 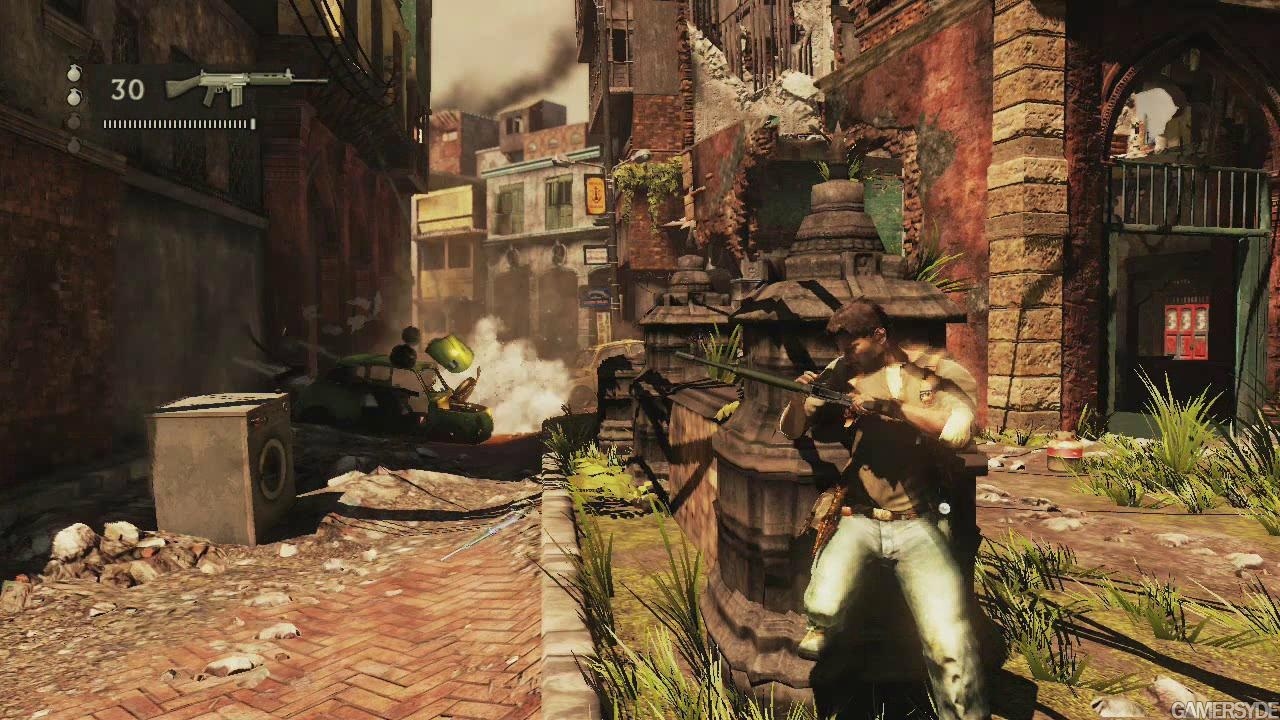 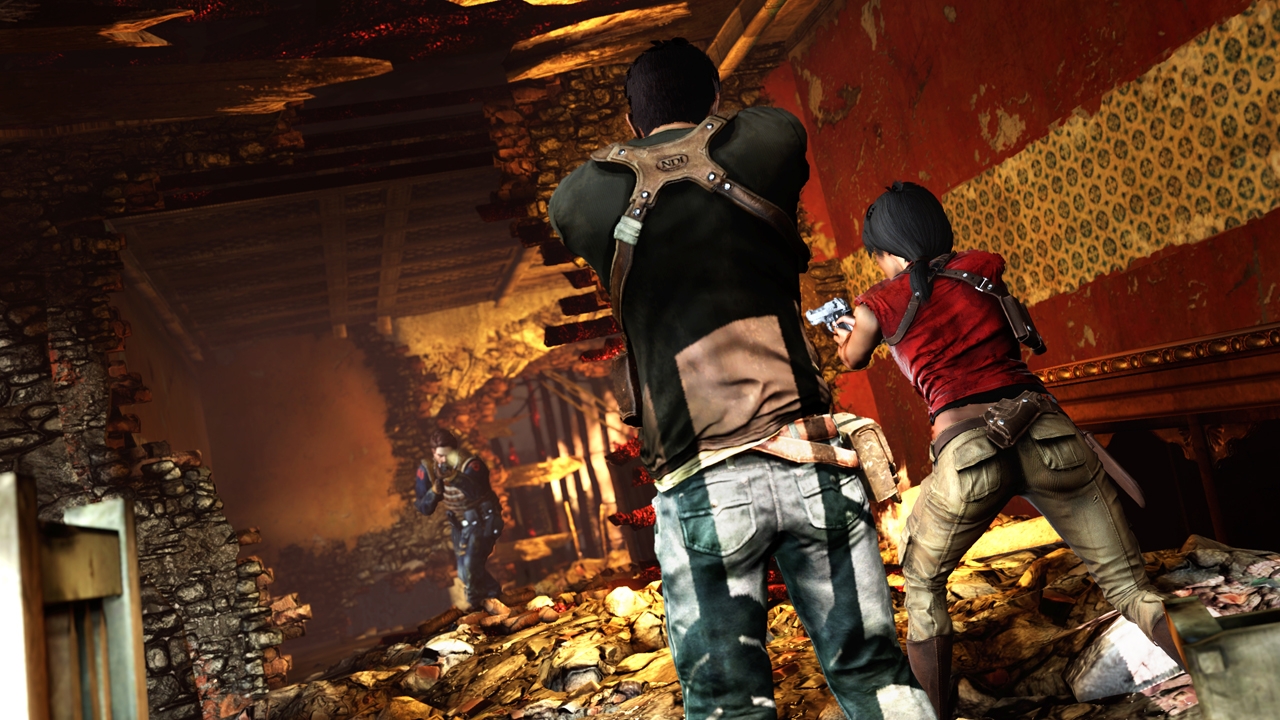