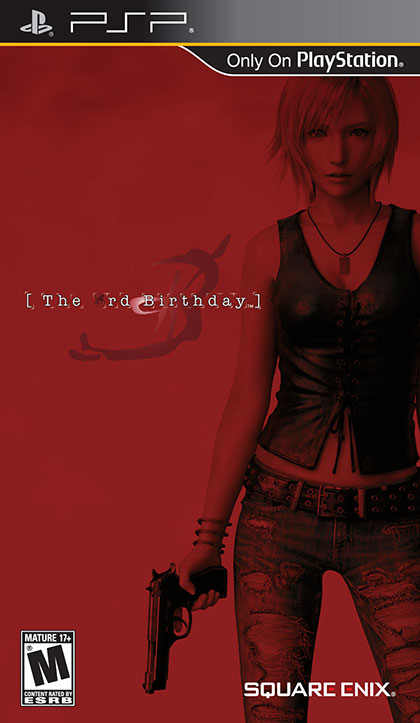 Twas 2012, the supposed end of the world has come true. Weird, ugly, hideous beasts have emerged from the ground in a beautiful cinematic. Nicknamed ‘Babels’ these monsters attack the residents and turn them into the ‘Twisted’ infected humans. Aya Brea, in a wedding dress in a pool of blood is seen in 2010. Wait- did it just go back in time? Yes, things are bizarre in The 3rd Birthday. The CTI are a group of people who fight against the Babel and Twisted and involves Aya, Hyde Bohr- the chief, Gray- the weapons specialist and Blank- the Intel guy. 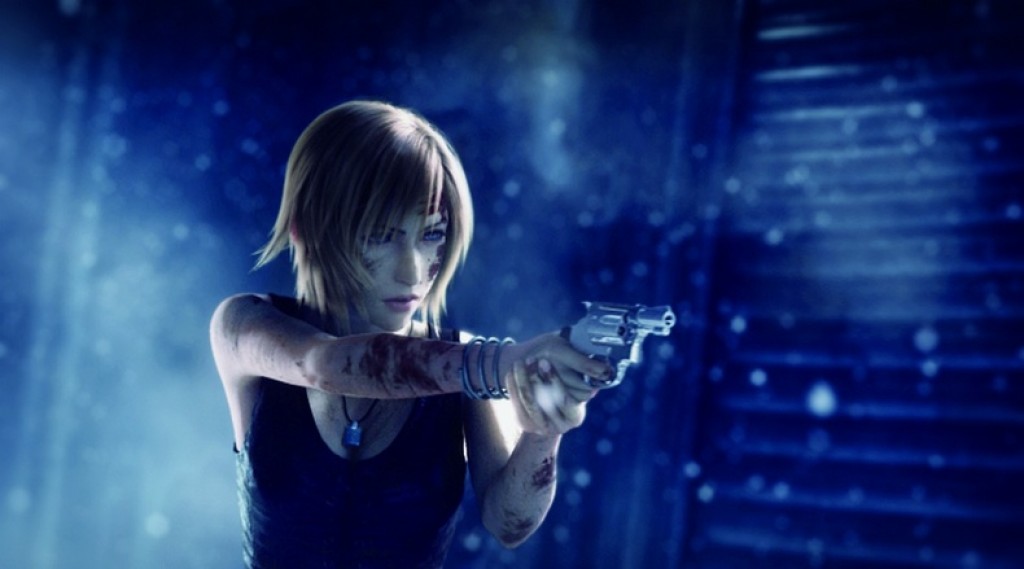 A machine called the overdive was created for Aya to allow her to… well travel back in time to change the future by diving into soldiers of the past. Little by little the future starts to change for better or worse, but one thing is clear- the Babel aren’t disappearing. Twist and turns, confusing and complex the story is the weakest point of the game. Time travelling, paradoxes and monsters invading the place and random plot twist is too much in a short story.

The game’s campaign progression is set up in chapters with chapter 0 being the tutorial. There are 6 chapters in total- all separated into little sections. 6 chapters may sound short but each one may vary on the difficulty and skill of the player. Each chapter may take an hour- more or even less. To make things easier on higher difficulties Aya like in RPGs can level up. Not only she can but the weapons she uses as well. This RPG element is what Parasite Eve was about- Horror RPG but The 3rd Birthday skips the first and adds the action feel.

But one of the strongest weapons Aya has is overdive. Overdive is the new asset used to defeat the twisted much quicker and this is how it works; most weapons when firing for a long time can stagger the twisted and you can tell when the lock-on reticule of the twisted is a highlighted triangle. Of course you press triangle while still locking on, initialising an overdive into the twisted dealing massive damage. Also Overdive has a cooldown effect after using it on a twisted- Aya usually takes an over expressed breather. Overdive is also useful on other soldiers. When your health is low just overdive into another soldier with more health and viola you control the person and share his HP. 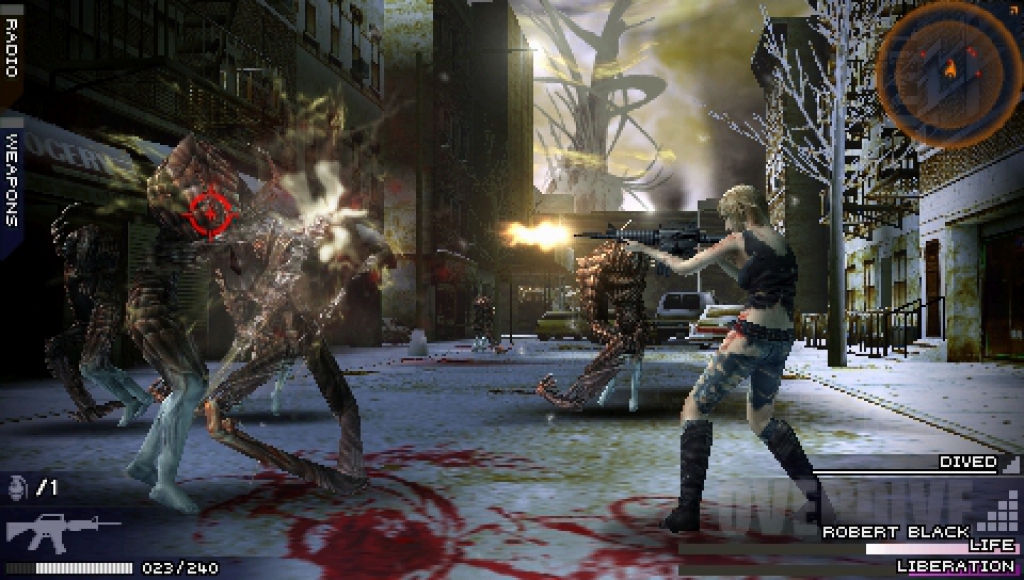 The game’s save point is accessed via computers found in the chapter’s level and in the central hub area. These computers signify a safe zone where you can take a breather and stock up before a major battle.
The computers have more uses than being a save point-Aya can change more modify her weapon her and access the Over Energy settings. In the game Aya has to use multiple weapons in the game and there are plenty of them. Ranging from different handguns and assault riffles to grenade launchers. Each type has their own section and about 5 or more different guns in each section. Of course all guns are not unlocked and are needed to be found before unlocking it to buy. Aya can equip one default handgun and two other weapons from the weapon cache. There is a fourth weapon, but that is the weapon of the soldier Aya has dived into uses. Weapons level up on how many times you use it to blast an enemy and the higher the weapon level is the more upgrades for the weapon are available.

The over energy settings is the new customizable RPG element of the game. At random encounters of the game when Aya dives into another person or does a overdive attack, Aya can receive a OE module. These modules are added to the board which are just bonuses to your general gameplay style. There are many different affecting OEs, each are activated by chance while some aren’t. These can be levelled up by reinforcing it with more OE modules, and the higher level it is, the more powerful and occurring it is.

The general graphical presentation of the game is fantastic, as expected from Square. The character models, monsters and environment all look great unique. The monsters look weird and menacing, the environments of NYC are all twisted and broken and the character models are quite stunning. Another rather stunning feature is ummm, well Aya can equip different clothing to increase her armour. But when she takes enough damage the clothing starts to… eradicate. Yep, the Japanese are always the first in quirky ideas. But don’t worry; if you like a non tattered Aya you can repair the clothes back at base. 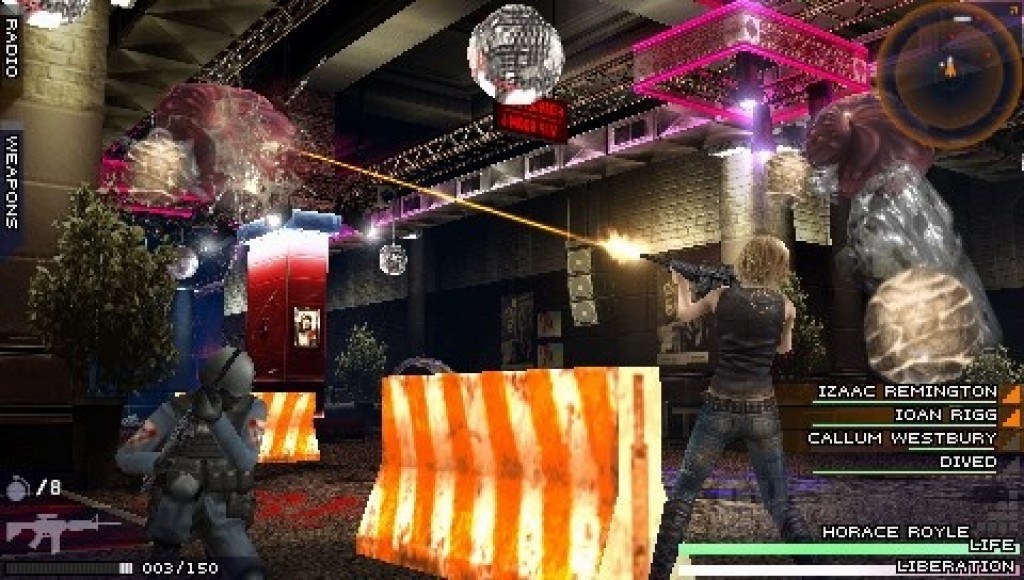 Although the monsters do look horrifying, they’ll be horrifying boring after the half-way point. Since the game only uses the same minions over and over again, it gets repetitive and boring stat. Shooting balloons, hopping chargers, exorcist ceiling walker, flying worms, no face elephant and rollie pollie are the only ones you’ll see over and over again.

But to accurately kill all these monsters which swarm in large numbers and dimensions require a good combat system. It is the basic shooting system use in most shooting games on the PSP, but the lock-on is quite dreadful. Locking on to the one you want to kill is quite annoying especially when in a room of heaps of twisted. Plus since the overdive attack requires a lock-on, if you don’t target the right one you’ll just overdive into another soldier.

The 3rd Birthday is not the true sequel to Parasite Eve 1 or 2, but a new series in its own rights. The game is a nudge in the right direction but with many faults. There is high replay value in this game- since completing the game gives you more clothes to wear. There are also feats which are achievements which can unlock a few secrets, some more ‘dirty’ than others. This adds a more replay value to the game, and not boring me out at all, and I’m on the fourth round. With some top notch gameplay but hindered with a bad lock-on, great presentation aside from a few lazy Voices and the massive replay value is all what this game and genre needs on the PSP. With no multiplayer this is a solo fight to finish off something in the past to protect the future. 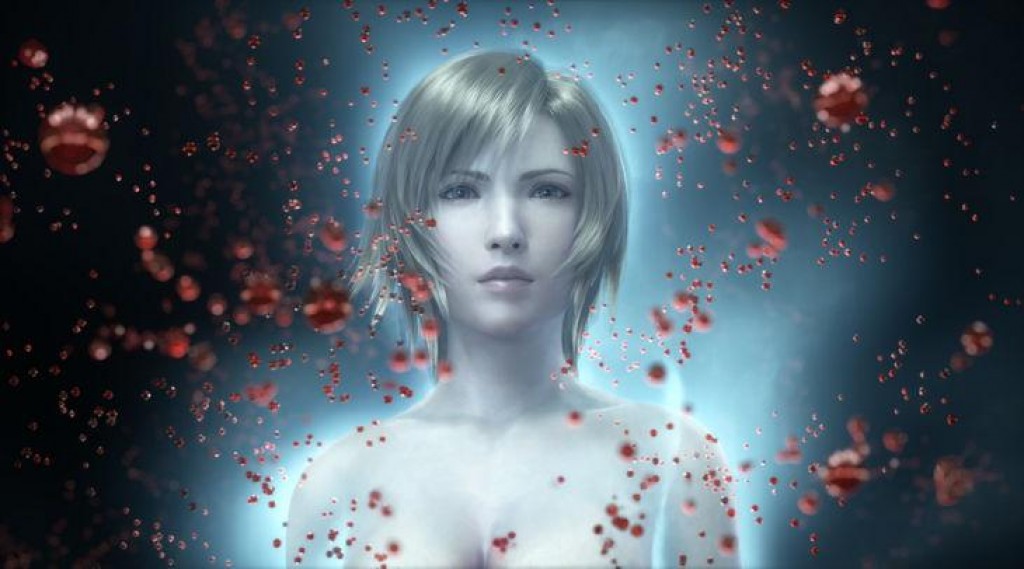 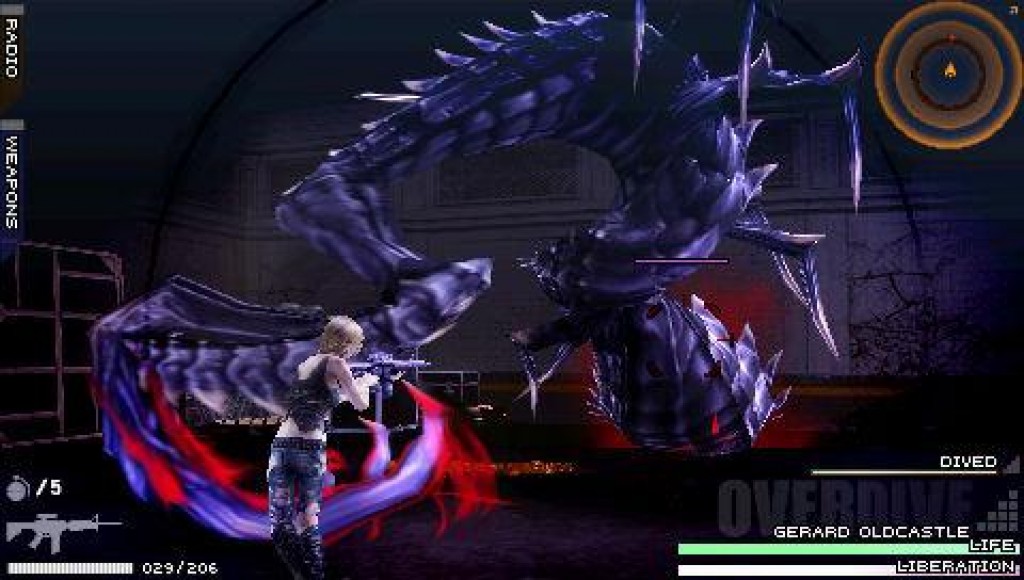 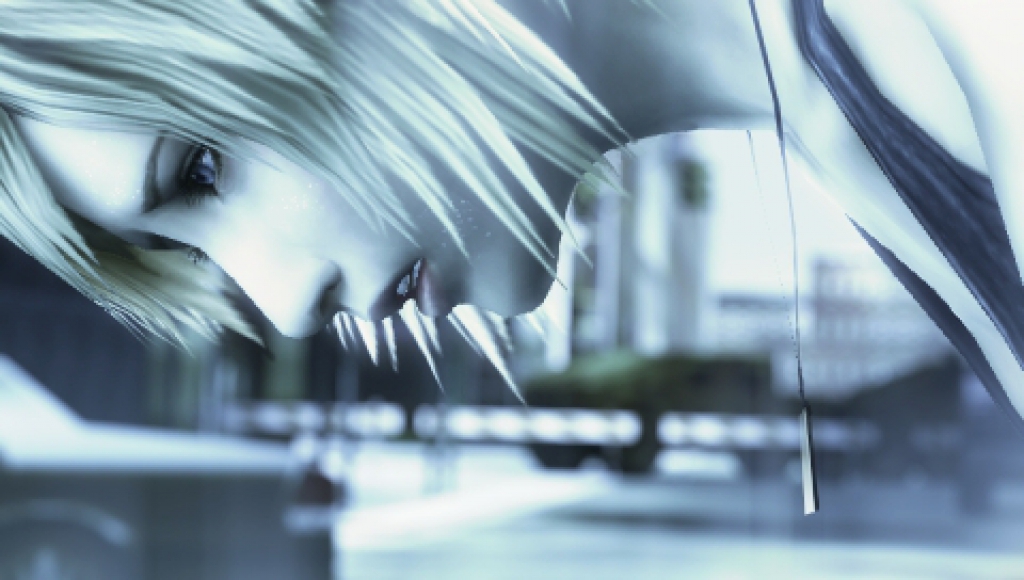 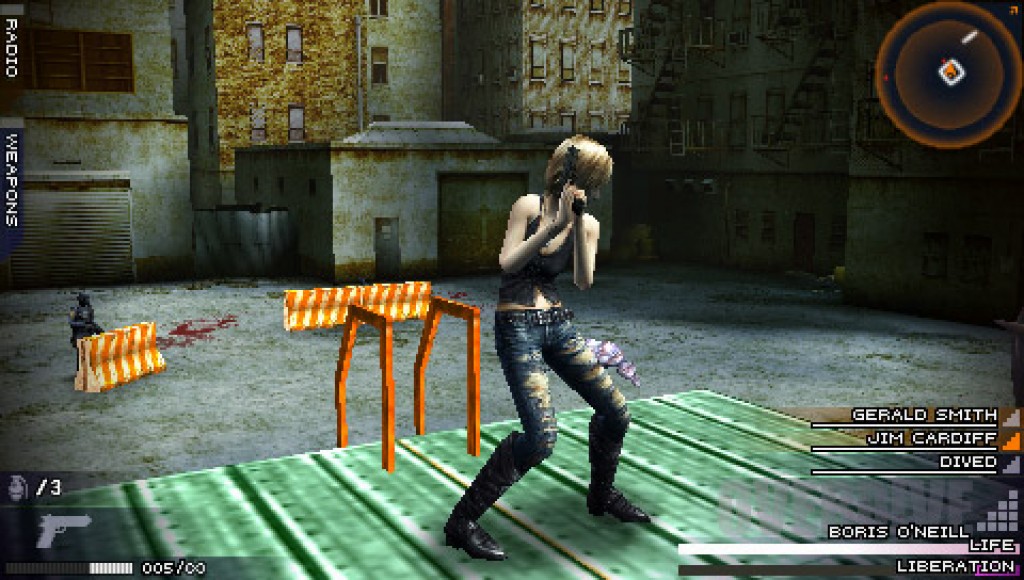 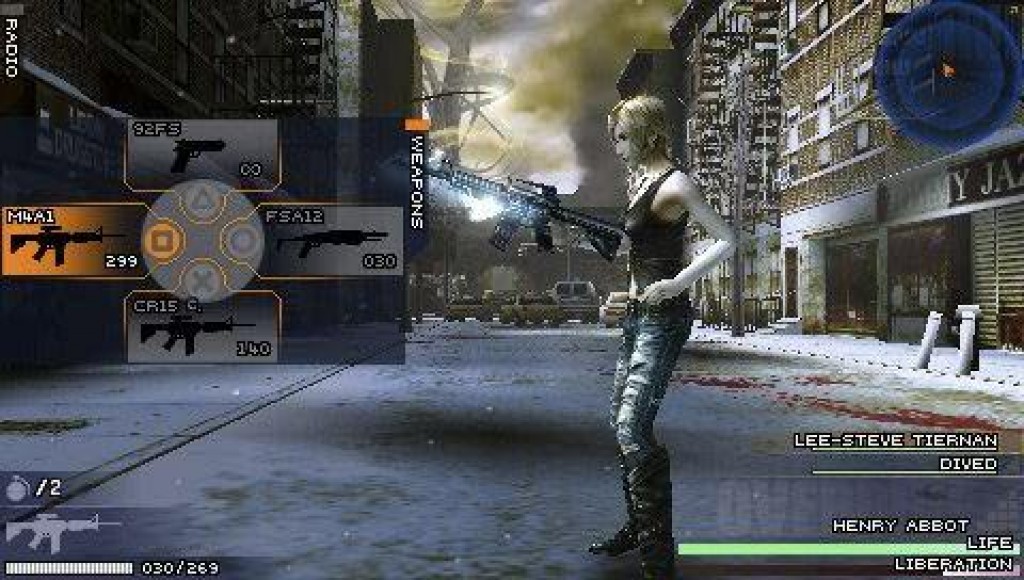 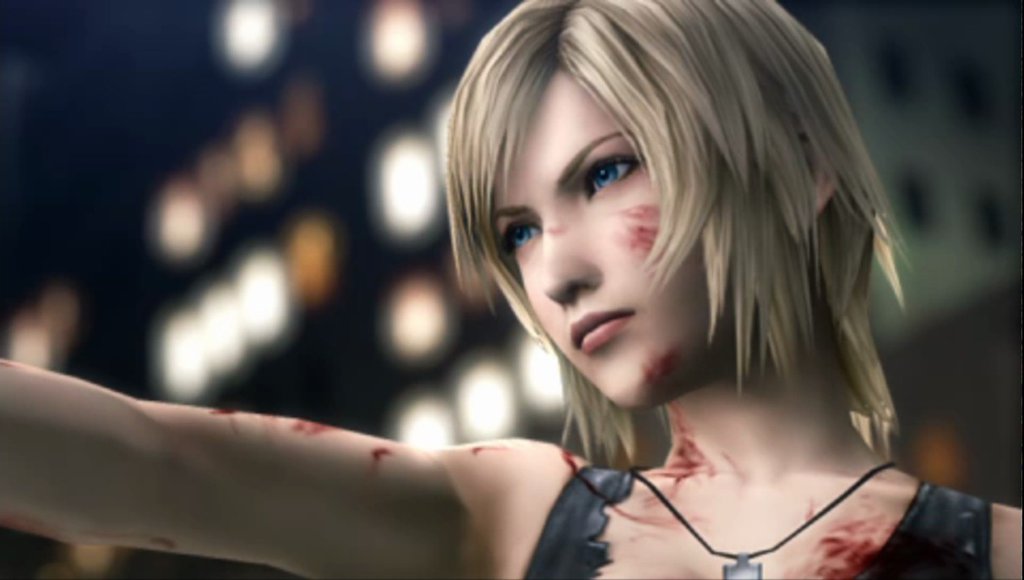