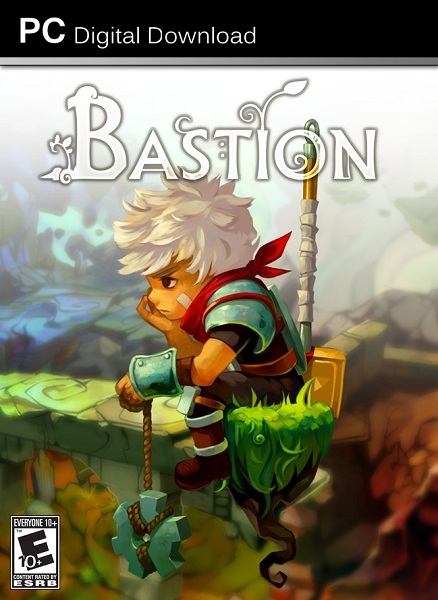 Bastion is an action RPG that has received many praised on the Xbox 360 and it has finally released on the PC. Bastion is a fully loaded indie game by Supergiant Games with the highlight being the gorgeous art for both environments and enemies . But is the radically beautiful and bold art enough to keep players into the game? 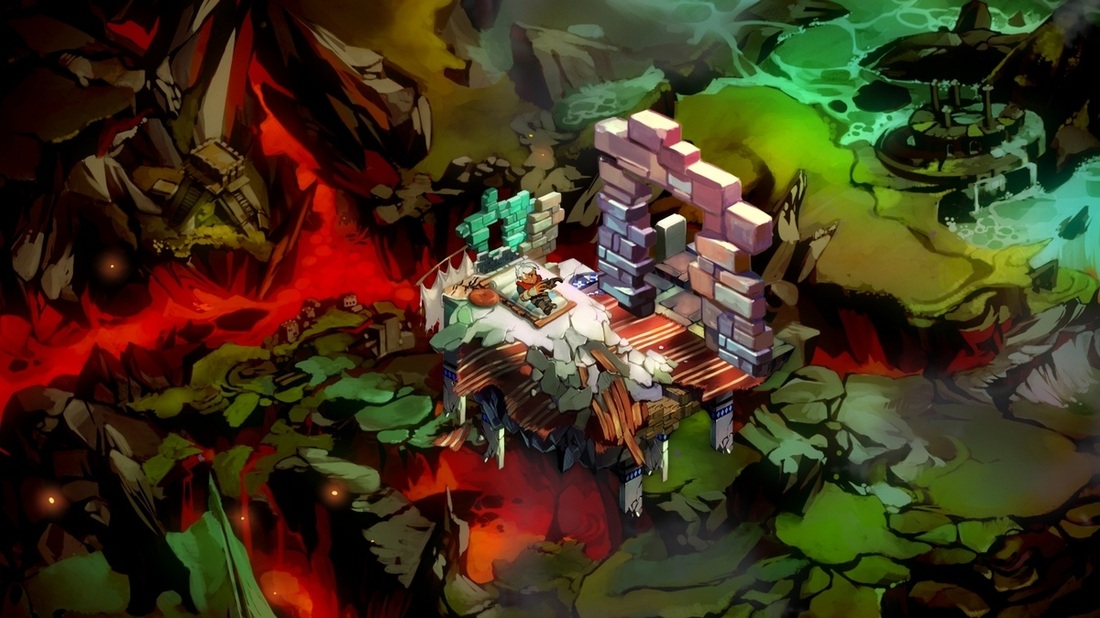 Bastion is set in the world of Caledonian and after a massive calamity called well, the calamity. The entire civilisation is gone, except for one- simply referred as to the kid. The kid wakes at the aftermath of the calamity and sees the world in ruins. Prompt to travel his broken land to find survivors, the kid bumps into many enemies called Scumbags. With his trusty hammer and repeater, the kid manages to fight through most of them- until he falls of the broken road. Here is when the kid discovers the Bastion and a stranger- both the only hope to reverse the calamity and restore the world back to its former glory by collecting cores scattered around the Caledonian.

One of the biggest and most appealing assets of the game is the unique and captivating art style. You can tell that every crate, box, enemy and block of the game has been hand crafted to perfection. The amount of foliage and destructibility is very mind boggling. The entire world of Caledonian is very colourful and bright. Each location is very unique and has some special feature or theme that separates each location from the main world and places you into a new dimension. 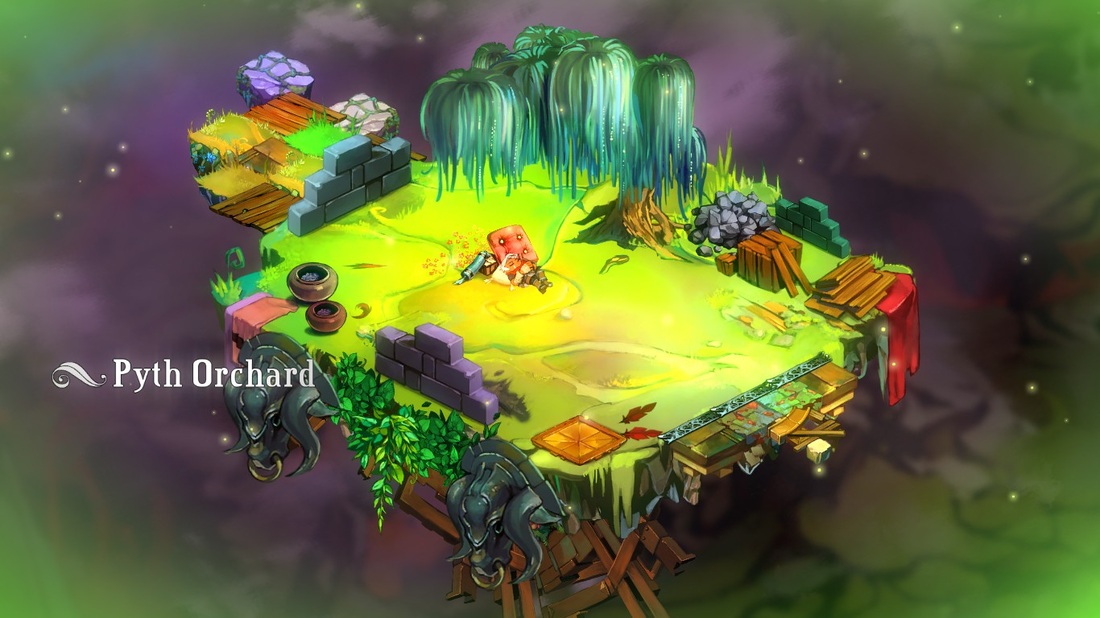 When traveling across the linear path, the world in front of you as well as enemies drops right as you travel. This cause some surprise in the game as enemies can lurk in some random locations. This world dropping thing also creates the effect of the calamity, not to mention when the world starts to fall apart after snatching the needed core. Enemies themselves look pretty badass with unique features not found in any games today. All the enemies have different types of attacks and different ways to defeat them. This gives a really tactical gameplay, especially given the large array of weapons available for their bloodbath.

The RPG elements of Bastion are quite subtle acting only as a way to keep tab on your progression into finding the cores. The action part is more welcome as it gets really fast paced and hectic when large mobs of enemies start to swarm around you. You can equip two weapons and any time and they are bound to your mouse buttons. You do have a shield that will let you block from all attacks and when timed right- a counterattack to dish out mountains of damage. You are given a large array of weapons to choose from such as the hammer of destruction, fast shooting dual pistols and the long reaching spear. 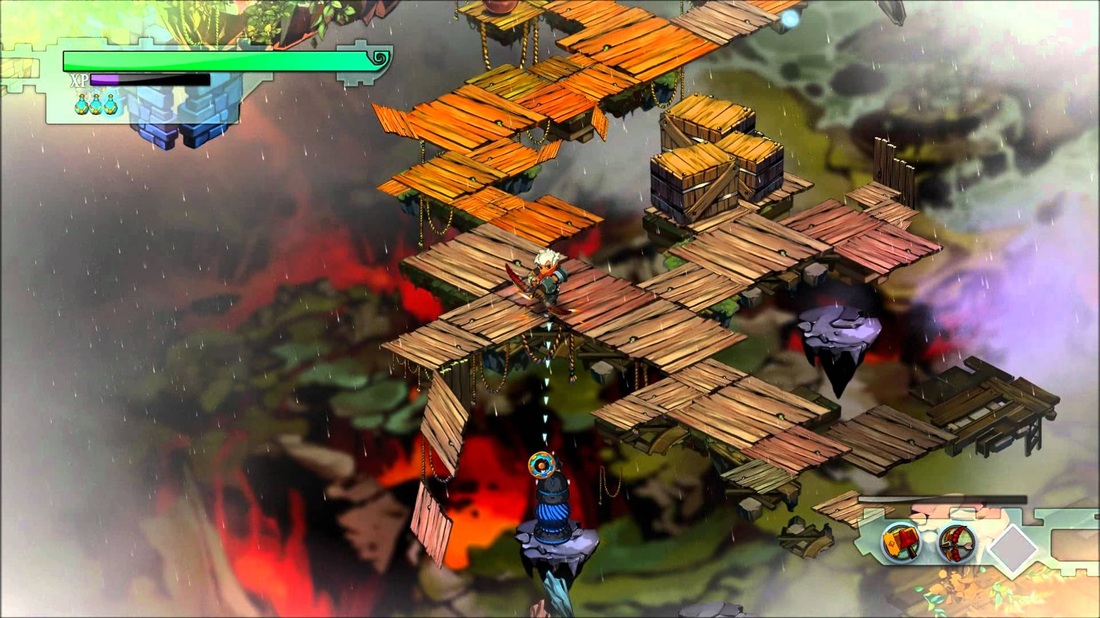 Where you level up, change equipment and such are all done in the central hub- the Bastion. The Bastion will let you access to all the mechanics of the games and choose the next stage of progression. Distilleries are where you choose your perk when you level up, Forges are to upgrade your weapons and an Armoury to change weapons. There are also three other buildings- Lost and found to buy equipment to level up gear or new skills, Memorial to get rewards for achievements and a shrine to up the ante of the game for better rewards.

The buildings are not all unlockable form the start, you need to locate them throughout Caledonian to be able to gain a blueprint and actually deliver a core back to the Bastion to build it. The Skyway is the travelling system in Bastion. You get into the Skyway and transported to an olden style map system where you choose your next location or repeat a completed one. There are also challenges that appear on the map to hone your skills and earn nifty rewards for being a boss. 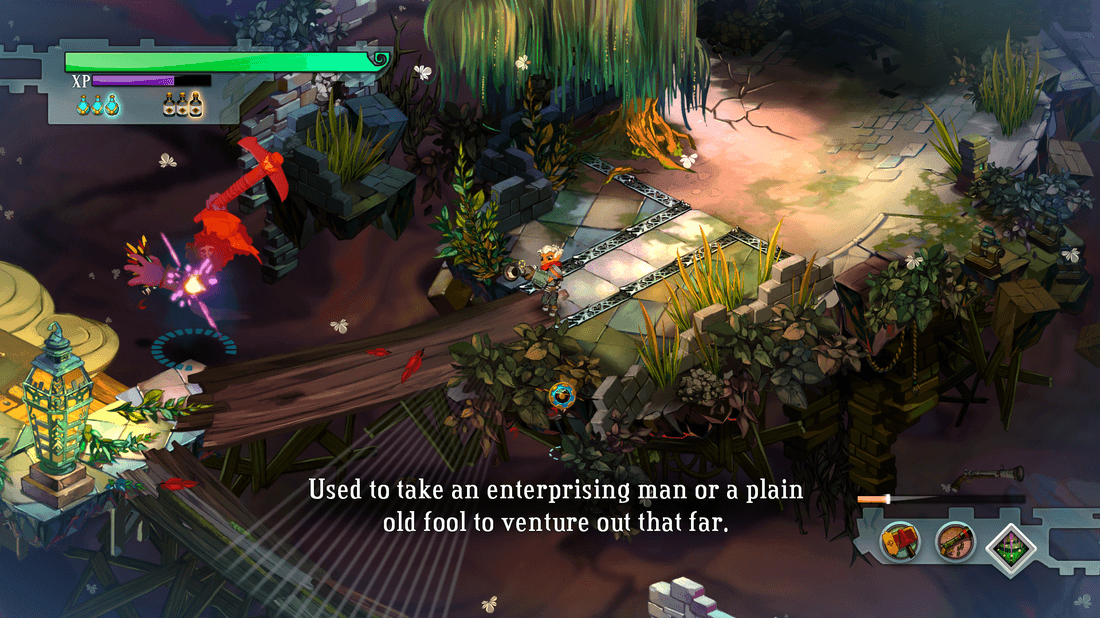 The Bastion also has the stranger and the other residents living there, where you can talk to them about the destructive calamity or the peaceful world before it. That is one of the big points of Bastion, its immersive story and atmosphere. The Calamity and the world itself is a big mystery and how the Bastion will restore the world is quite brain melting. The story gradually unfolds and sucks you in deeper and deeper. The ending itself is quite beautifully executed- but I won’t spoil you.

Another massive high is the game’s audio- the soundtrack and the voice of the narrator. The soundtrack is very varied and features heaps of tracks, each for different purposes and conveys different feelings. While the music isn’t too prominent you’ll be humming to most of the tunes that get stuck into your head, especially the beautifully sung tune by on the female characters. The narrator is of course the stranger and he does one helluva job narrating the story. Not only does he get the story flowing slowly but he sometimes commentates on your actions and mistakes- which is a very cool feature. Falling off the edge of the world? He’ll take a bite into that. 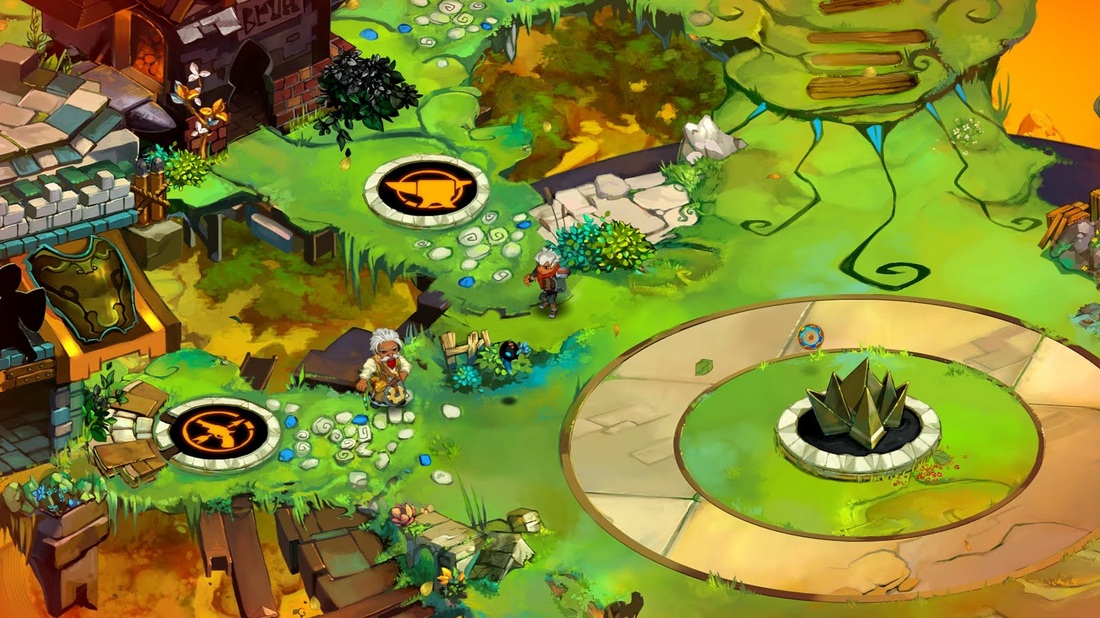 One negative is that since the game has been ported, the controls haven’t been top notch. Playing on a keyboard and mouse, the movement isn’t too fluid and may get stiffy at some points. Since you can basically fall off the world at any time, controls need to be precise to do this, not with WASD. The mouse controls the aiming, while it’s easy to do, the preciseness is also lacking. Other than that the controls are quite fine, but need getting used to.

Bastion is a fantastic marvel. It boasts its unique art style, quirky narrator and sense of immersion. You’ll be sucked into the world of the aftermath of the Calamity and will get attached to many of the characters. The game is a 5 hour game but has replayability with New game + and leaderboards. Supergiant Games have delivered one of the most surprising and enticing games this year. 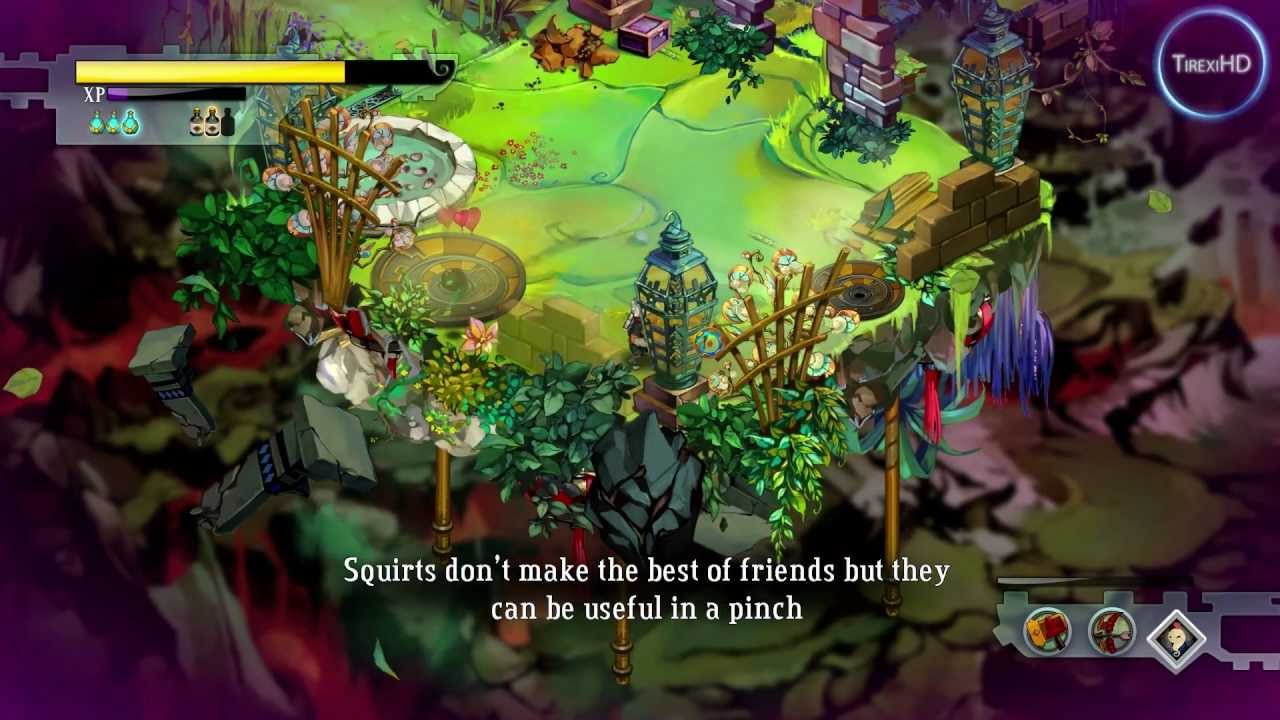 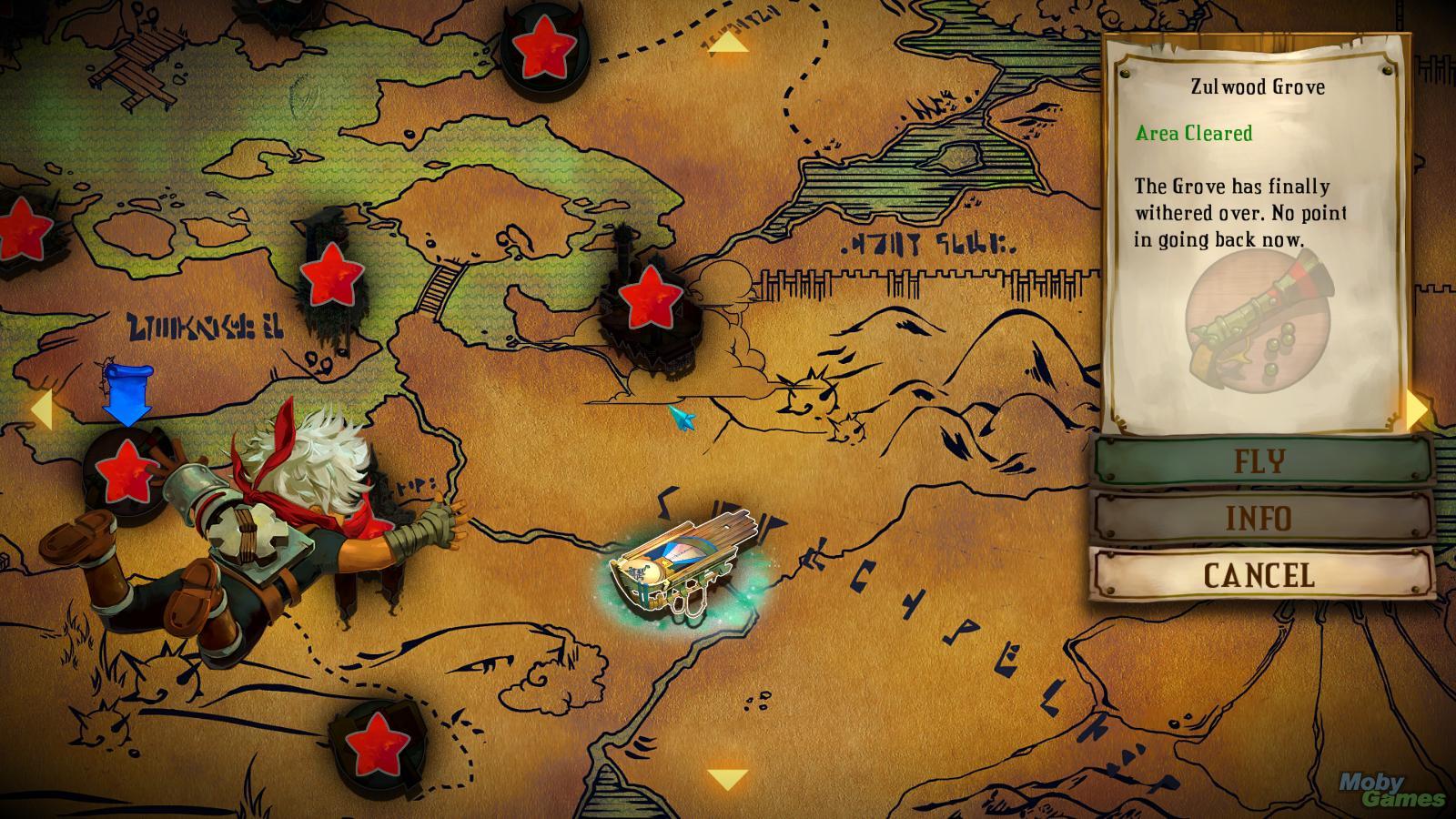 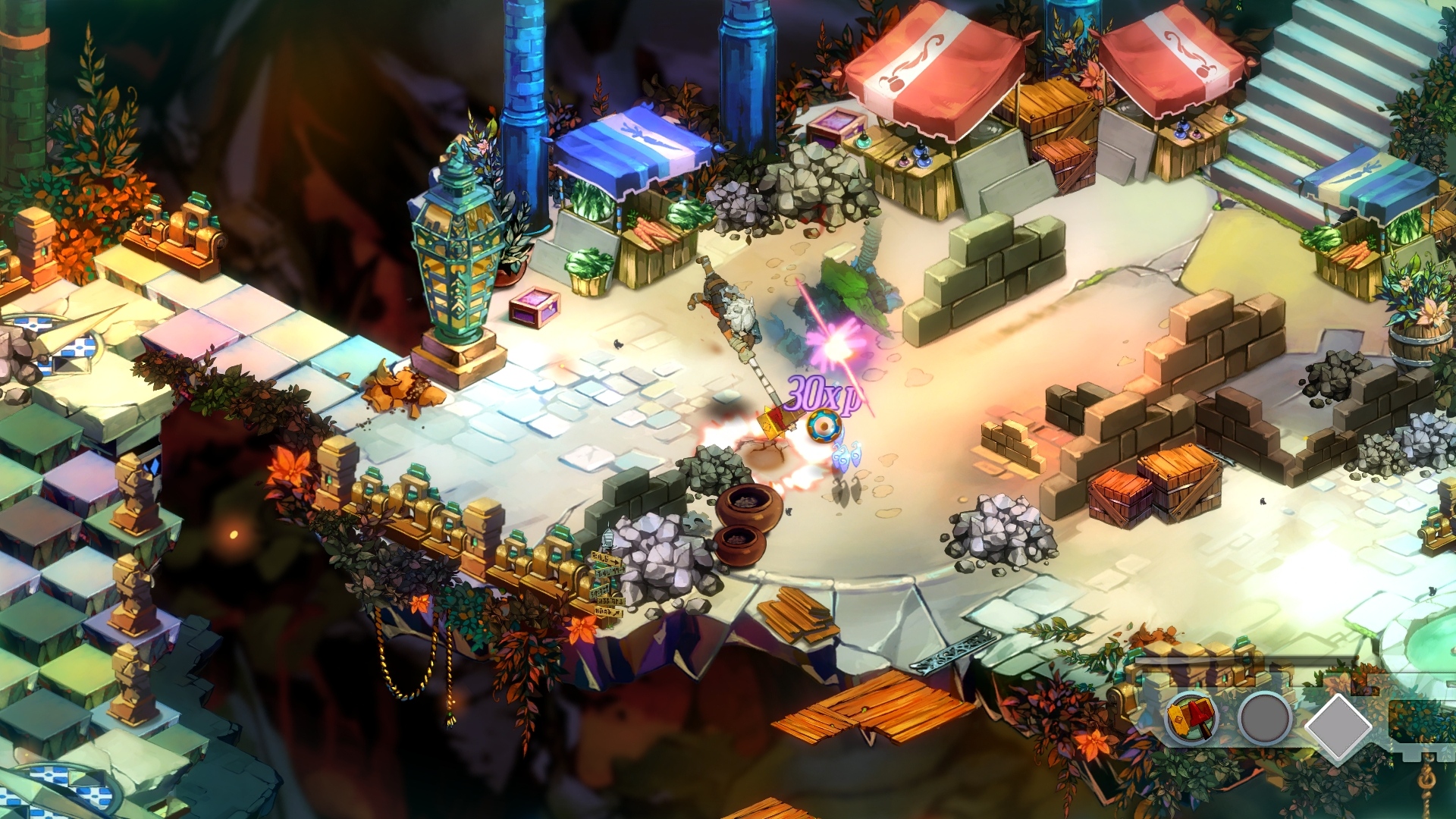 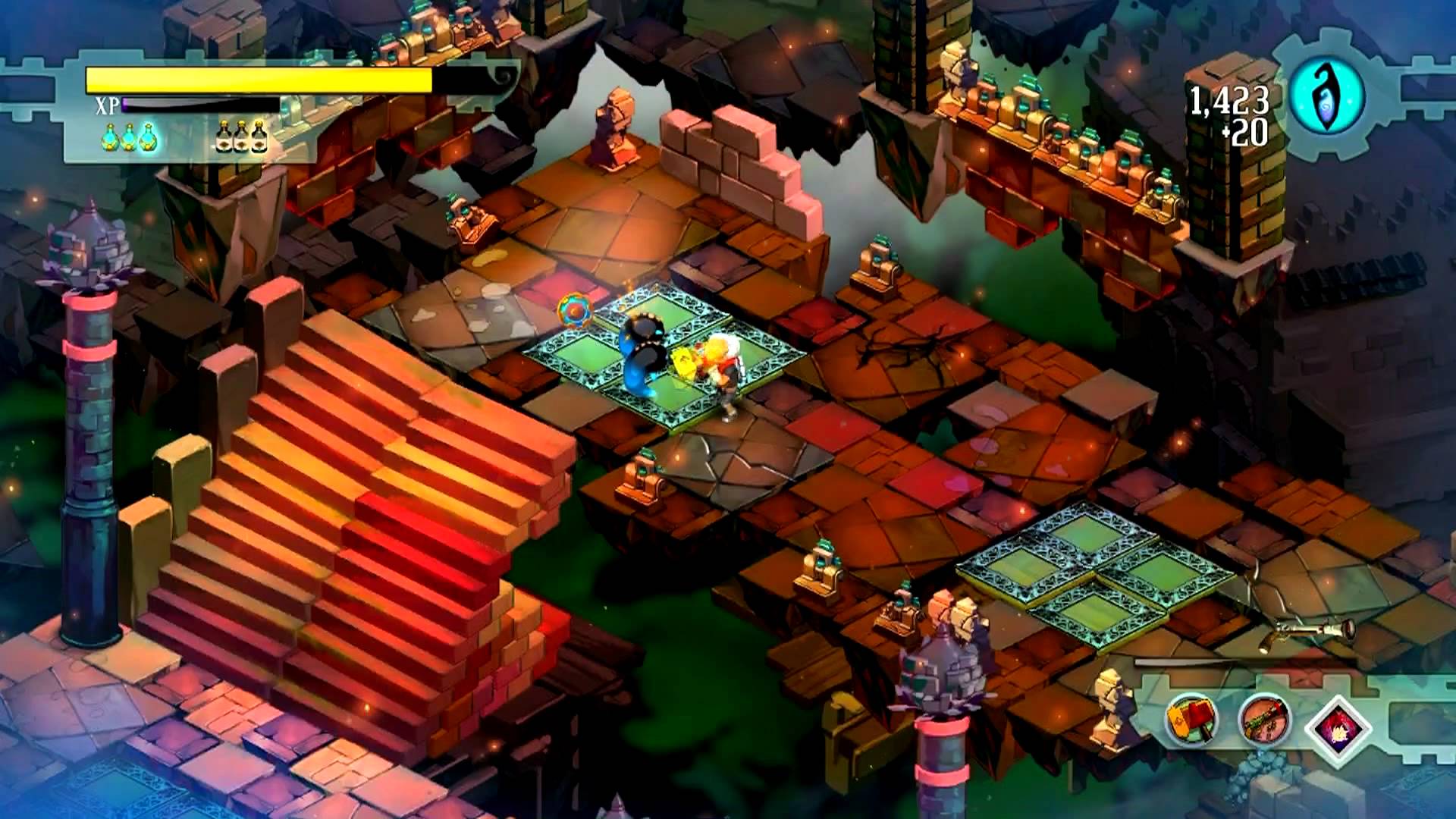 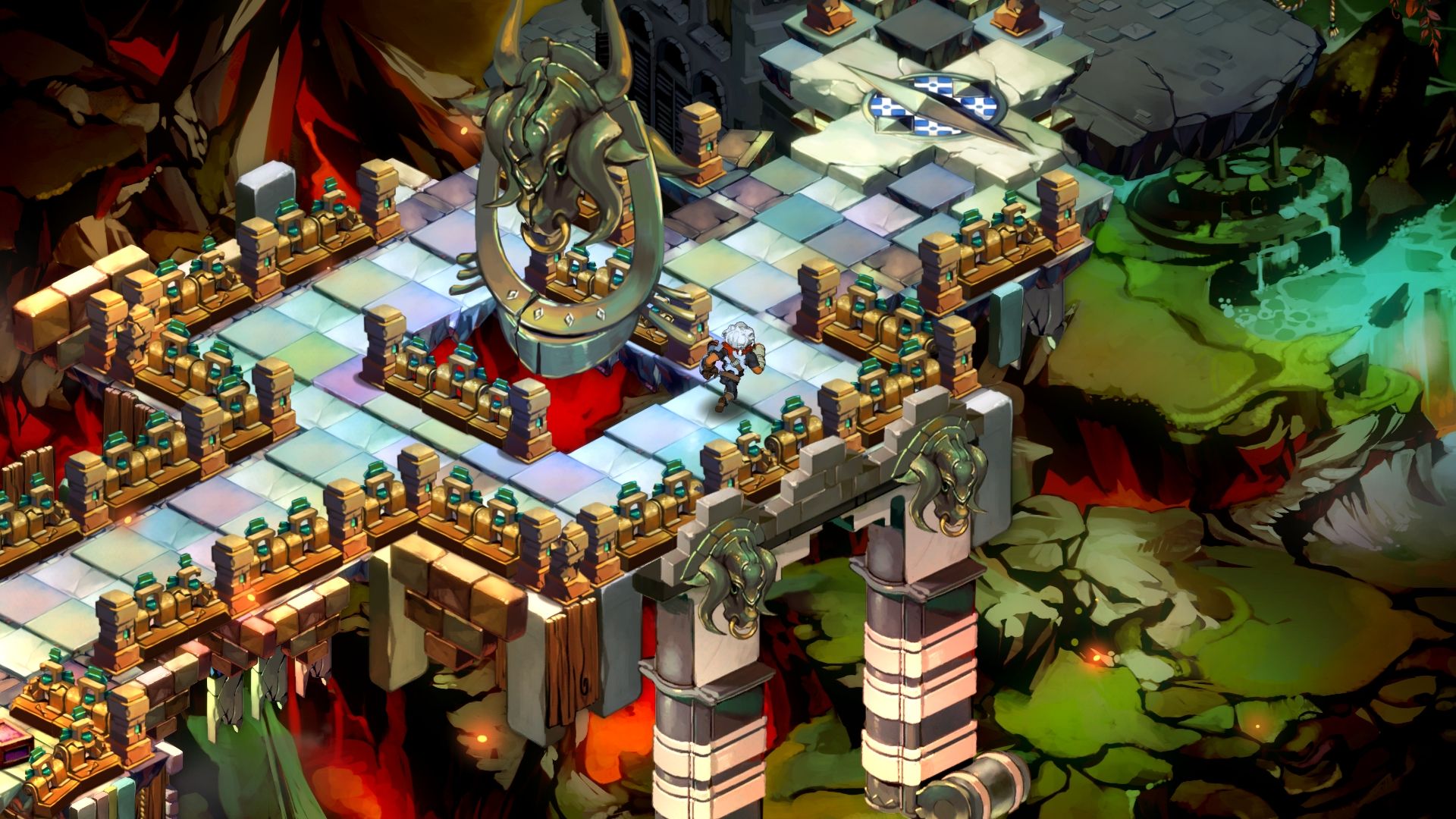