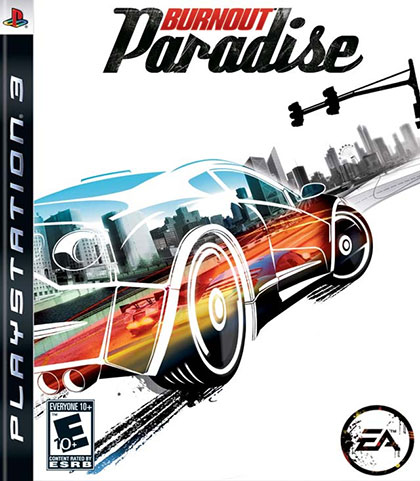 Need for speed, Forza and Gran turismo are prime examples of polished racing games focusing on a more real life experience. On the other hand the burnout series ditches everything physically real and throws in insane speed boost and awesome looking crashes. Burnout Paradise is the latest (quite old- 2008) in the franchise and focuses on the critically acclaimed element of taking down any competition. The first to be on current gen consoles and definitely the first open world Burnout, Paradise does a great job setting the city for a full blown environment.

Paradise city is a large city that consists of the business districts and the country counterpart. Throughout Paradise City there are many shortcuts, super jumps and billboards to speed through, when out travelling to see the sights or when racing at high speeds. The game nudges the player to explore all of Paradise city to find these attractions as they are useful in many of the races, not just as shortcuts but ways to fill your boost meter. All over the city are also stations that can help you in the nick of time in a race. There is a gas station that replenishes the boost meter and an auto-repair that fixes your broken car, no questions asked. Spray paint shops are available as well, randomising your car’s colours to fit your mood, and junkyards are where you can choose your next set of wheels. 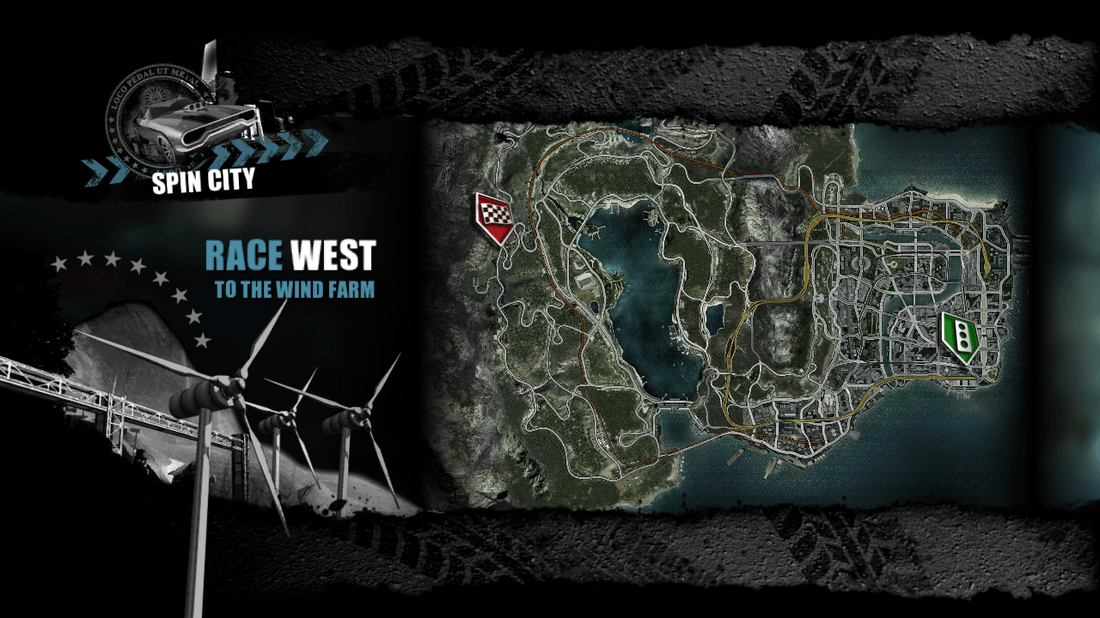 When not taking in the sights of Paradise city you’ll be racing around it, you need to earn strikes on your licence. When you gain the required number of strikes you go up a class and get rewarded with cars. That isn’t the only way to gain cars, at specific strikes, fast illegal cars pop up for your taking, all you need to do is to find them and smash them into oblivion, but don’t worry about the car when you keep it- just take it to a repair shop. Cars come into three different categories: Speed, stunt and aggression. Each have their own unique type of boost and style. Speed has the boost bar in chains, the bar is small but can refill itself quickly for a boost chain, Stunt is the typical boost with a longer bar and refills a considerable rate and aggression is the good old Burnout boost bar-start of with a x1 then takedown others to increase a level all the way to x4.

The Cars look very impressive and they rev beastly as well. So does the major highlight of the game, the insane crashes. Driving at high speeds is also impressive and deadly as anything can get in your way of winning. Hitting the traffic, being taken down or smashing into that deceptive wall wrecks your car to a compact impervious state. There are always moments where you crunch your teeth as the car gets crunched or thrown around, there is no way to disable the crash cam though, as well as no inside view of the car. But sometimes you get lucky and the crash isn’t serious, just drive away. When your car does get wrecked it respawns your car in a few secs, but in road rage and marked man, you get a limited number of lives before you go home- but getting to a repair shop resets the respawns.

There are 4 different events to mark your license- Race, Road Rage, Marked Man, Stunt run and burning route. Race is the typical race with 7 other opponents trying to take you down and come first, road rage is the most fun mode where you need to take down the required number of cars, marked man is the opposite- you need to survive and reach your goal before getting taken down, stunt run involves jumping, spinning and boosting all over to earn points and the burning route is a time attack for specific cars. In all the events they have pre determined end locations that they all share. The end locations are all landmarks throughout Paradise City. Other modes that don’t place a mark on the licence include showtime- the crash event and road rule- beating the previous time of that road. While there are heaps of events to complete they all start the feel samey after a while, they could throw in some more variety later on. 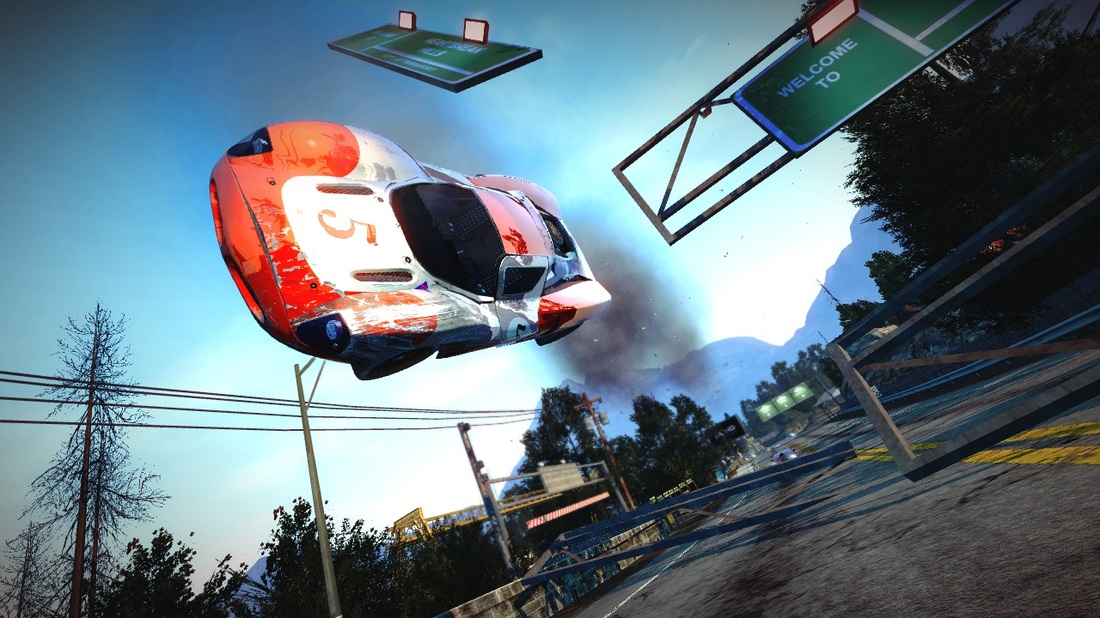 While the fun is excellent fun pumped with adrenaline, the game does have some tickets to pay. The soundtrack doesn’t bring anything new to the series, rather taking all the soundtracks from previous burnouts and mixing them up. The soundtrack is limited but you do have the option to make your own playlist from your songs. The introduction of the narrator of Paradise, DJ Atomika is very annoying and get on your nerves now and then. He comments on your style too much with his unwitty liners and phrases, I just want to take him down.

Another grind is that the game lacks a navigation system to guide you to your destination. The only way to tell where you have to turn is by looking at the map and remembering or by looking at the indicators fitted in the car or the street plates up top. This is very troubling because since you’ll be travelling at high speeds the mini-map will be your only friend but there’s nothing to really point you in the right route. Despite this, since you’ll be racing to the same destinations I won’t be too difficult.

Other than those Burnout Paradise delivers a solid single player experience for driving enthusiasts or drivers with too much steam. The other racer’s AI are not bad- they take different routes to destinations and try to take you out, but they do seem to let you win near the end as they crash obviously into well placed traffic. There are many cars to collect, events to finish and licences to upgrade, this will keep you crashing for some time. 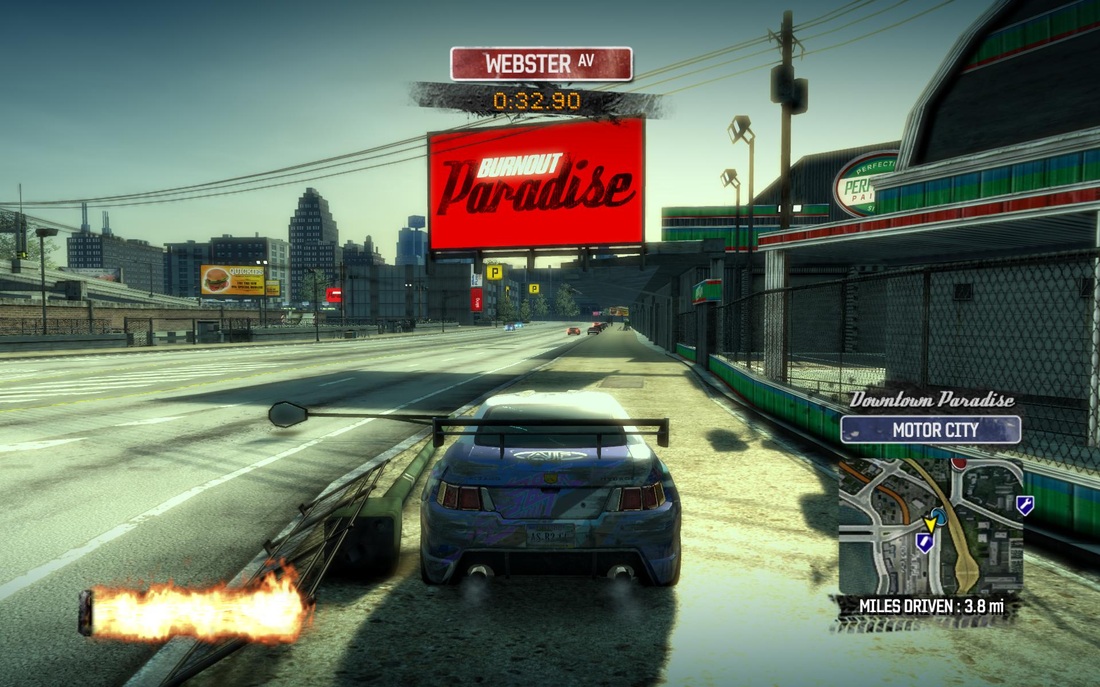 What’s better than crashing into the computer’s cars is crashing into other people’s online. With a seamless experience you can connect to any ones game with the touch of right on the d-pad. Called Freeburn Online, you can race with up to 8 players or not, freeburn places you into an open world with the other players and it’s up to the host to choose any events to initiate. There are unique freeburn challenges that lets players take on some very unusual and fun objectives. From jumping into a suspended hoop or heaps of barrel rolls, the challenges are unique fun.

Freeburn also have stats to see who’s the best in the lobby with many stats such as the longest oncoming or the most takedowns. This creates rivalry between many players, and that two is also tracked. Oppose to the fun freeburn, there are also ranked events for the serious competitors. You’ll pit up against opponents for the most takedowns, fastest time or just to be first.

Multiplayer in Burnout Paradise is extreme fast, fun and seamless to execute. You can join your friends and make a party, join a random game or search your ideal. Burnout paradise has a lot of enjoyable moments here and there online. 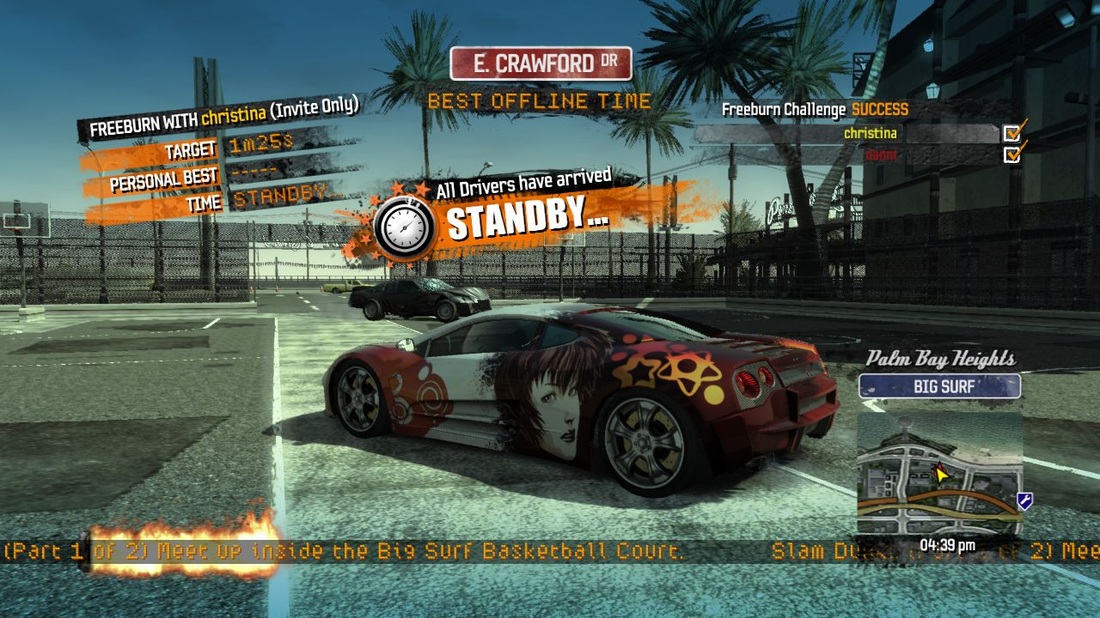 Racing through the open world was once sceptical with burnout, now it’s a dream come true. This nudges players to explore the map of Paradise city to locate easier ways to win or just to break things; Paradise offers a wonderful open world that reminds me of Most Wanted. With the new bike update and day/night cycle, Burnout Paradise still strives today online and there is no reason why it shouldn’t. Paradise offers one of the best open world racing experience with the series’ staple vehicle mayhem and destruction. 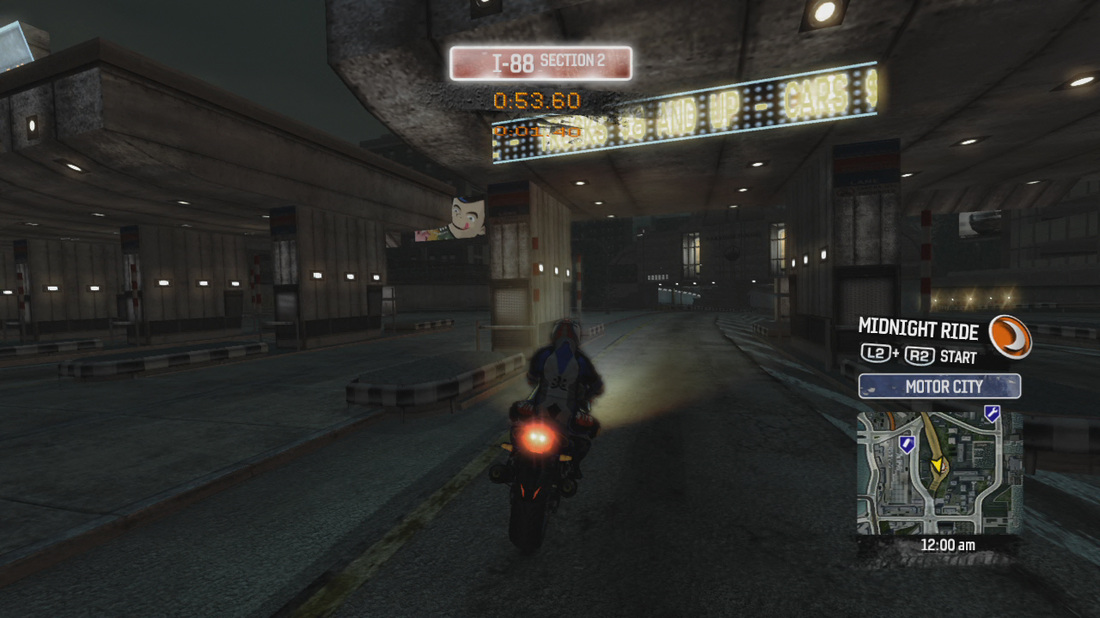 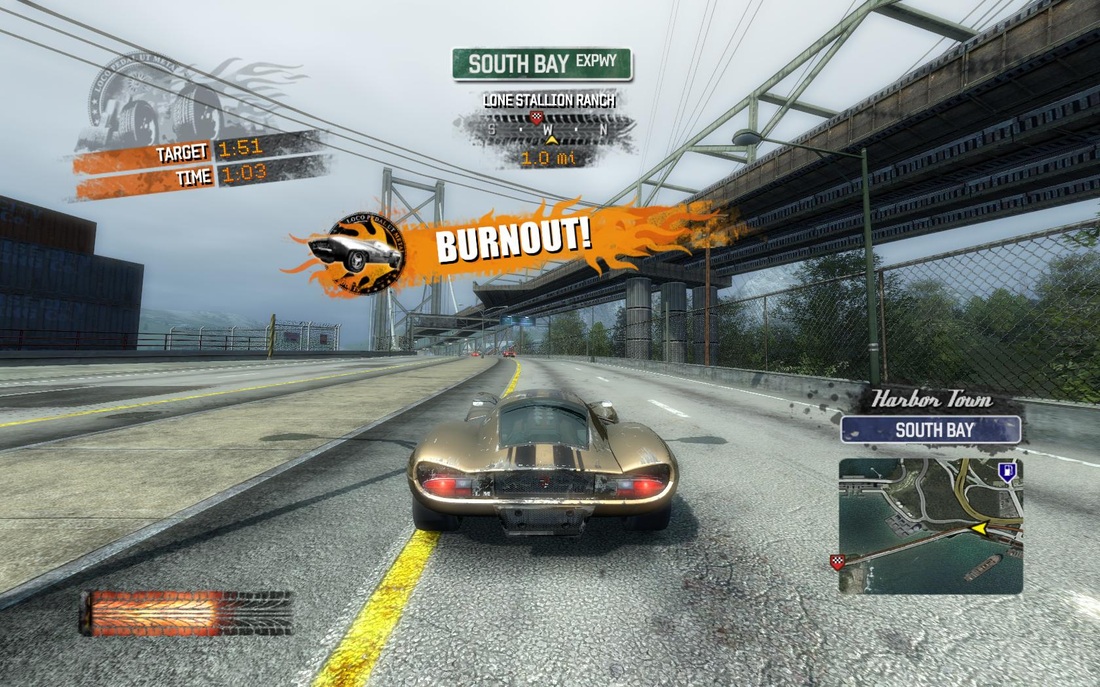 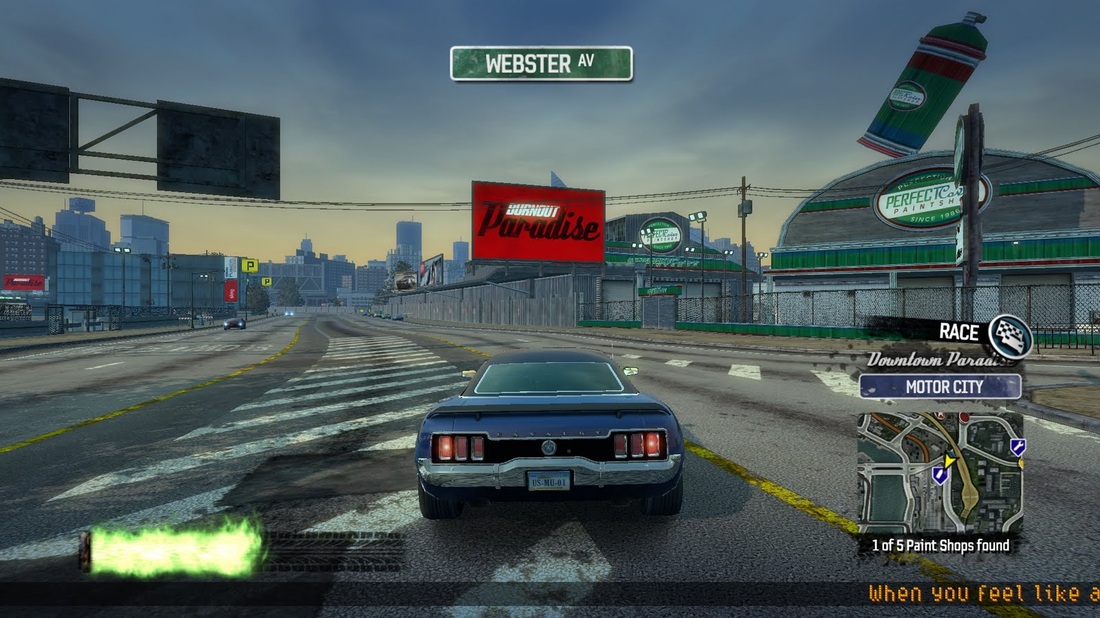 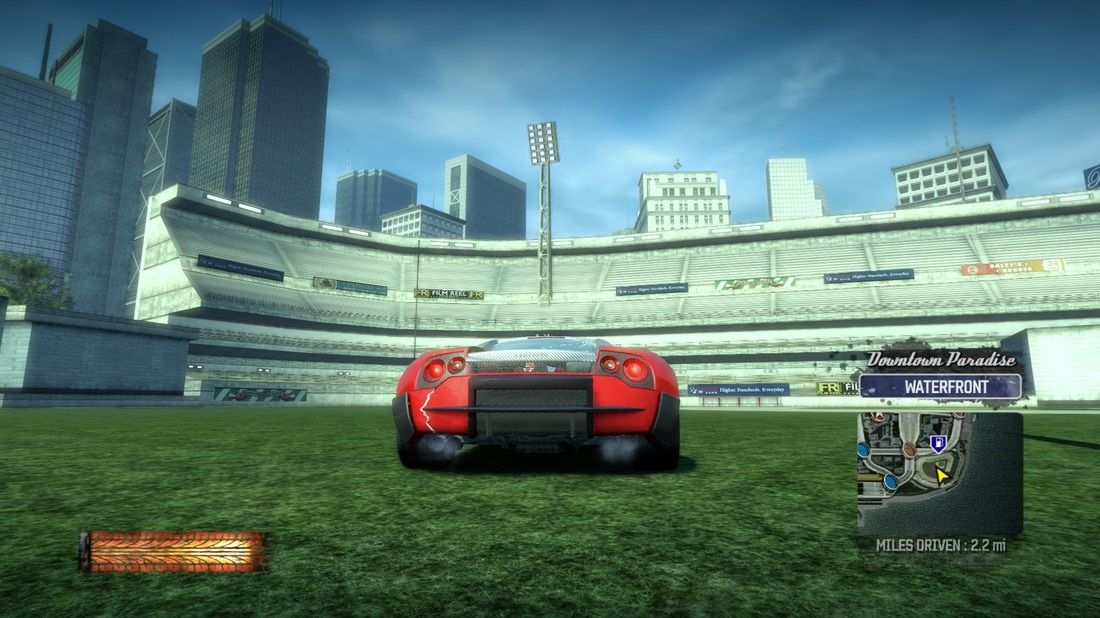 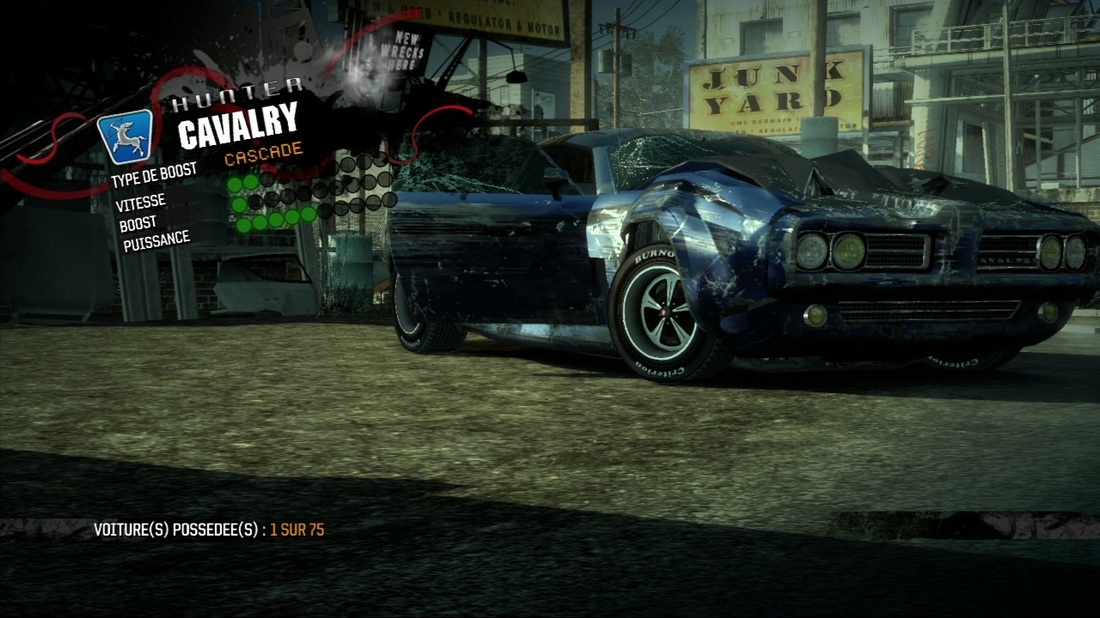 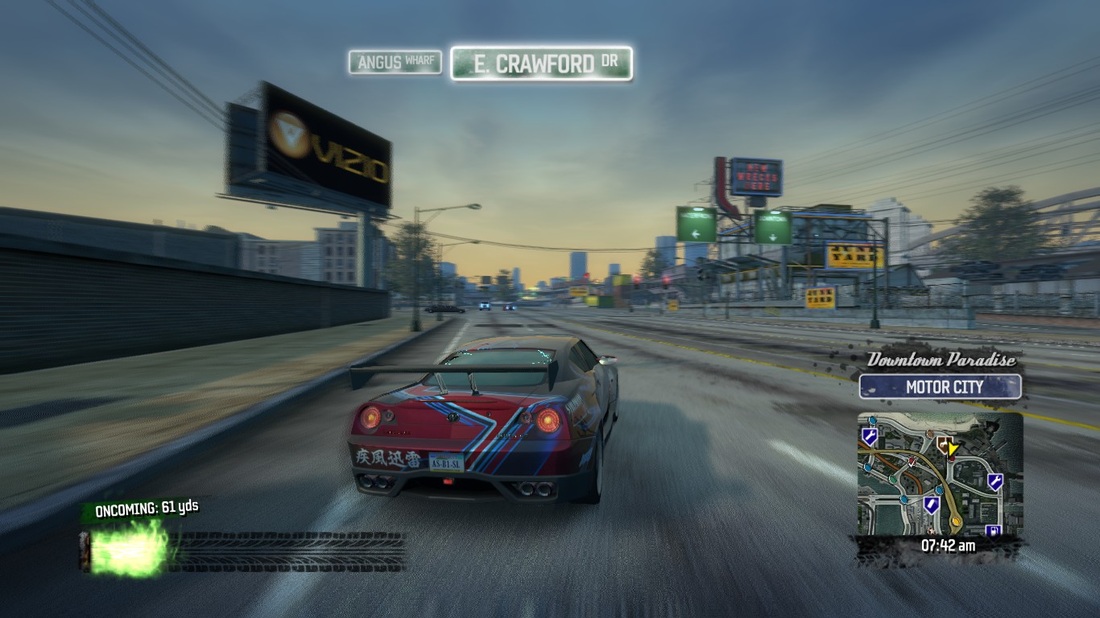