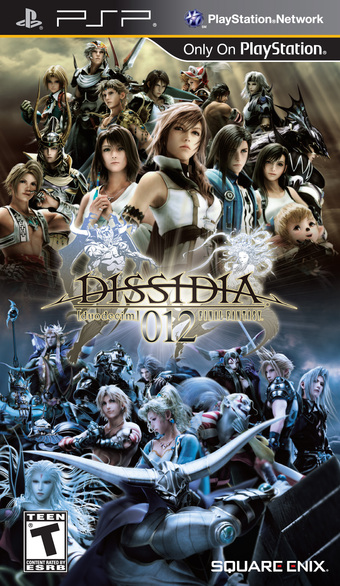 The struggle between the goddess of harmony Cosmos and the god of discord Chaos has been taken back a battle, to the 12th. A prequel to the original Dissidia, Dissidia 012 Duodecim Final Fantasy tells the tale of 6 new warriors from Cosmos’ side battling the infinite numbers of the manikins and how many characters were on the edge of harmony and discord. Dissidia 012 has many new modes, characters and mechanics but is it enough to be fresh from the original? In many ways yes.

The struggle between the gods is now in the 12th round with many casualties on both sides but Cosmos’ warriors being the most. In 012 we start the travel of the 6 new characters in 012- Lightning, Vaan, Lugana, Yuna, Kain and Tifa. The scenario begins when all 6 characters are travelling to Cosmos’ sanctuary to meet up with the rest of the characters. Promised with the power of the crystals the 6 set out to gain their promised powers and stop the war. There are a few twists in the story, some are much better than others while some don’t make sense. A few of Cosmos’ warriors have been sighted on chaos’ side for unknown reasons, but do eventually end up with Cosmos. The main problem is Square trying to please everyone by placing plots from the game the character is from, so instead of a natural one story- its 13 stories in one. 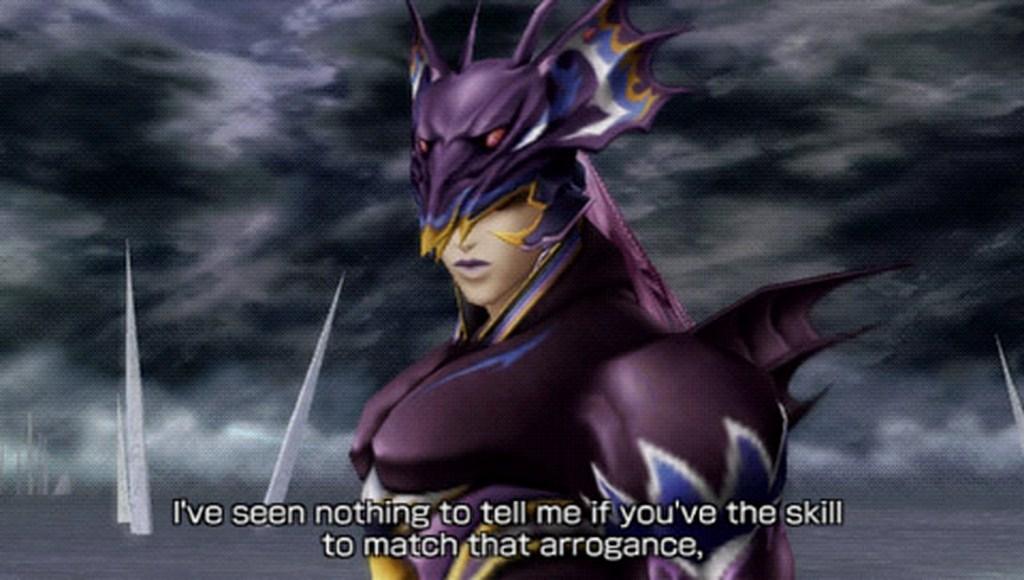 The gameplay has not changed a lot since the first. The core gameplay is quite difficult to understand but is easy to execute. Each character in the one v one battle as the standard health bar, which now has been tidied but a bit. Each character has a number above their health called bravery. Bravery is built up by using bravery attacks, which is O. But when using bravery attacks you don’t deal any damage to the opponent. Then there’s HP attacks which is square which damages the HP of course. But the damage isn’t random; it depends on how much bravery there is. So the more bravery there is the more HP damage it can inflict. All very complicated but fun.

Another new major update is the RPG mode. There are two modes to choose from when you start a new game; action mode or RPG mode. Action mode is the gameplay described above, while RPG mode is what it seems. Indirectly controlling your chosen character you will tell the comp controlling him/her what to do. That is all you can do- tell it to do O, Square attacks or dodge and the character does that. It’s a different approach which is ultimately painful to watch since the computer can do a horrible job at surviving and dodging attacks. 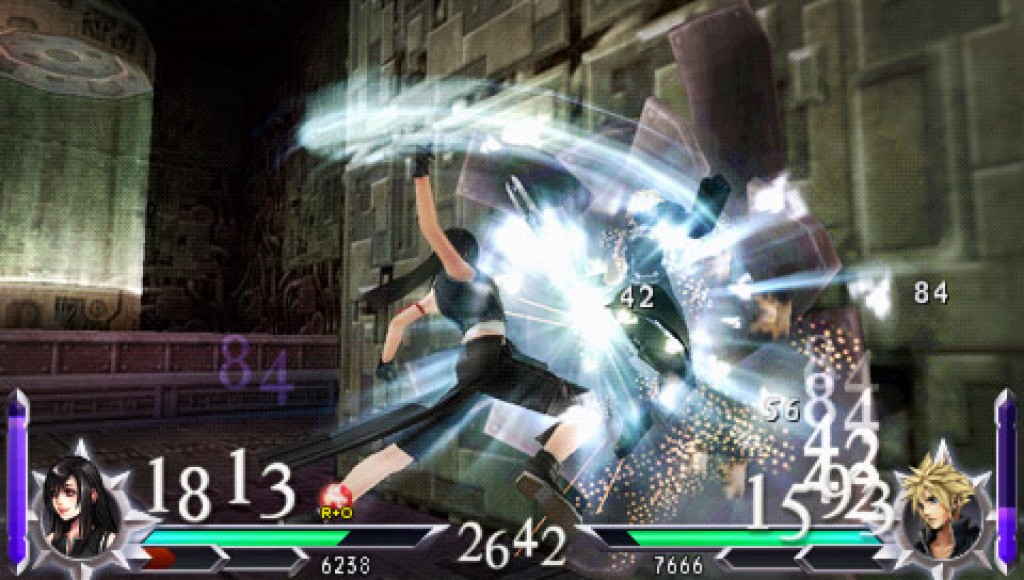 The story gets a major overhaul, and now features a large Final Fantasy style map for you to explore. Running around fighting random monsters is all included. But the monopoly style board is still intact but changed for the better. Characters can now move all around the platforms instead of one at a time and instead of using the old points as bonuses (where the least steps taken grants you more rewards) a new KP system lets you buy things from moogles outside. KP is obtained from achieving the requirement for each battle such as winning within 90 seconds. KP can be multiplied in a chain attack.

A few more things have been added to keep it fresh such as the new party mode which you can create a party of 5 characters and fight another party made either by the computer or by you. Each character fights each other and the one which looses the first fight, the next character from the loosing team joins. Like in the Pokemon anime where the last character of the team is defeated, they lose. A new create a quest feature has been included, where anyone can make their own dialogue and preset battles in a quest. This creativity is fun and can create endless quest, expect the MogNet which was used to share that is missing in the English releases.

As usual with every new game released for the PSP it just looks better and better. This is no exception. Although it looks exactly like the first Dissidia the graphics are still great. The character models look true to their console counterparts, the environments are varied and look fantastic and the moves are all flashy and stunning. The soundtrack is also quite unique with most battle themes from all the Final Fantasy games. Many will battle to familiar themes in awe while some will just pause the game just to listen in a nostalgic sense.

The official voice actors for each character return and do a great job, mostly depending on their lines given. The epic one liners from Sephiroth or the funny remarks from Lugana are all accurate and true to the game whilst some are more stifled. Other than that Dissidia 012 doesn’t add a whole bunch, but there are heaps of unlockables to get, heaps to buy and heap of characters to get and max level. 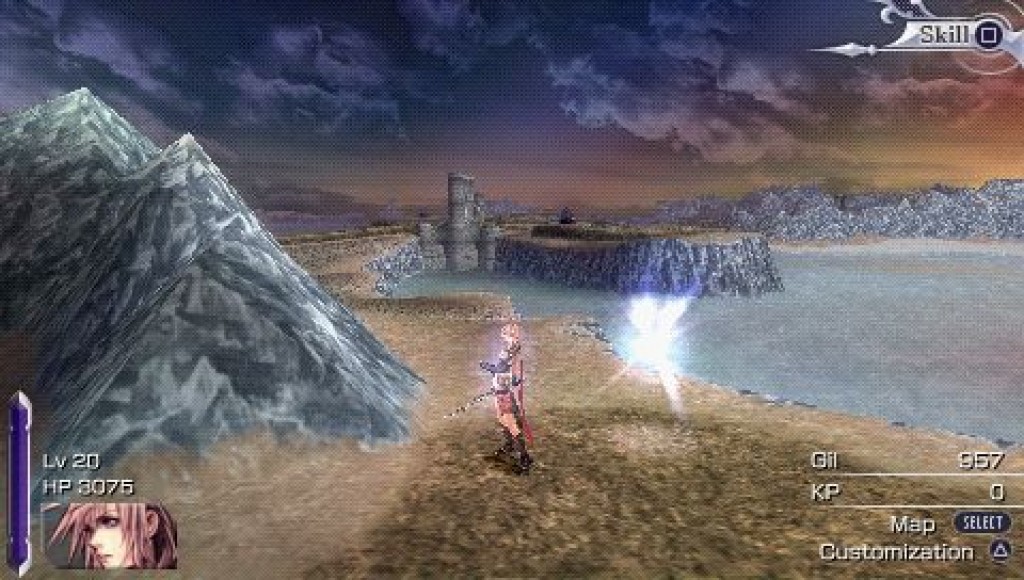 Dissidia 012 doesn’t have much new in the multiplayer section except the new party mode. Apart from that it is still quite fun bashing against your friends next to you. It is a shame because Square Enix has never used Infrastructure in their games, only Ad-Hoc. You can battle against your friends’ one on one or in parties with others taking turns. Nothing has changed much but there isn’t much that is needed. You can trade friend cards with each other and in turn unlocking their ghost. Unlocking their ghost allows you to fight your friend even if they are not there.

Square Enix has also stated that there will be DLC available from the PSN Store. There will be some free DLC and some are codes from previous Square games such as Kingdom Hearts: Birth by Sleep or from special versions of the games. But the only thing stated so far is only alternative customs for specific characters. The multiplayer for Dissidia has been mostly unchanged from the first, and while it is still the same mechanics it is still quite very fun. 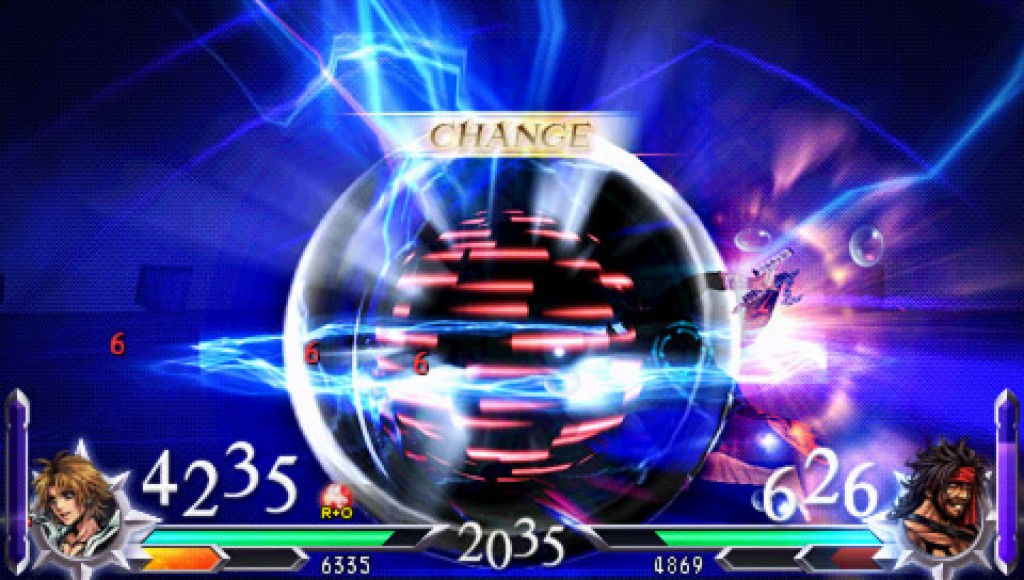 Dissidia 012 Duodecim is a love letter to Final Fantasy fans as was the original game. With a few more new characters and game modes it does little to keep it completely fresh. The story is quite weird and doens’t all fall into place, but once you complete the 012 story, 013 (the first Dissidia) story is unlocked which confuses me to some extent. Still the camera also hasn’t been changed and fighting in closed environments are still annoying as ever. Despite that, Dissidia 012 Duodecim is quite fun just like the first and you will get some good 10 hours playing the 012 story, then another god knows how much in the 013 story. Then again it’s primarily for Final Fantasy fans- which I am glad to be. 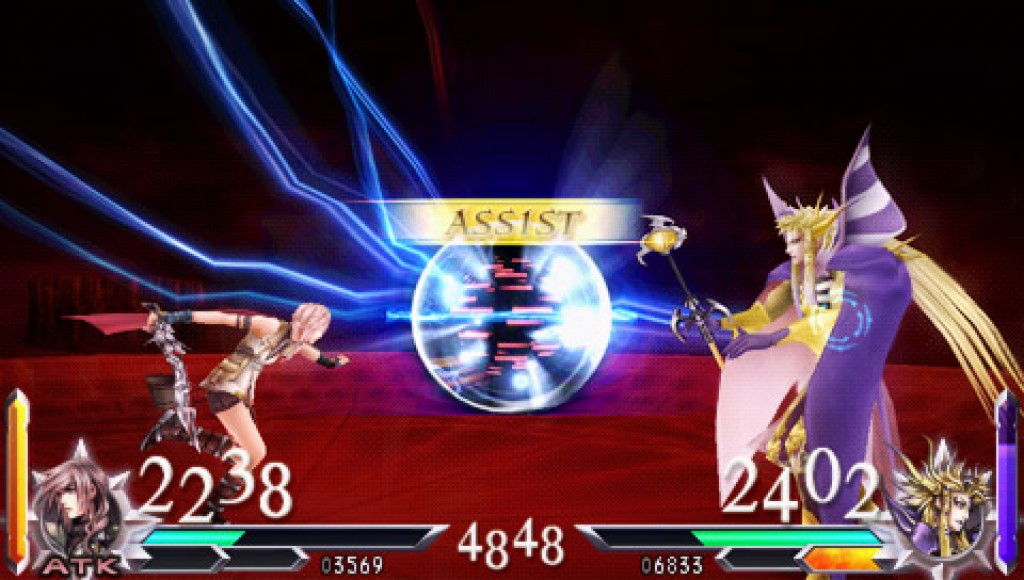 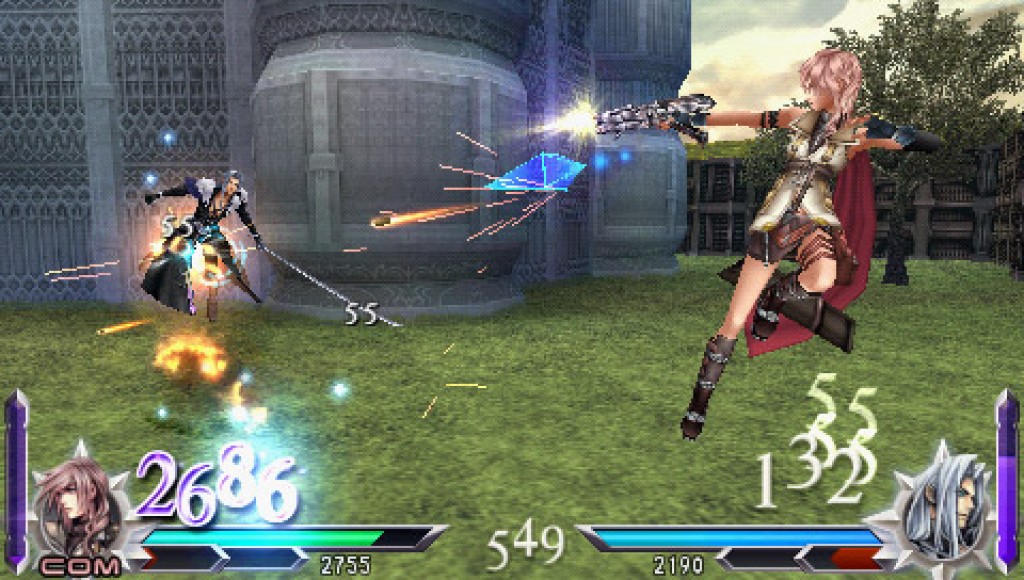 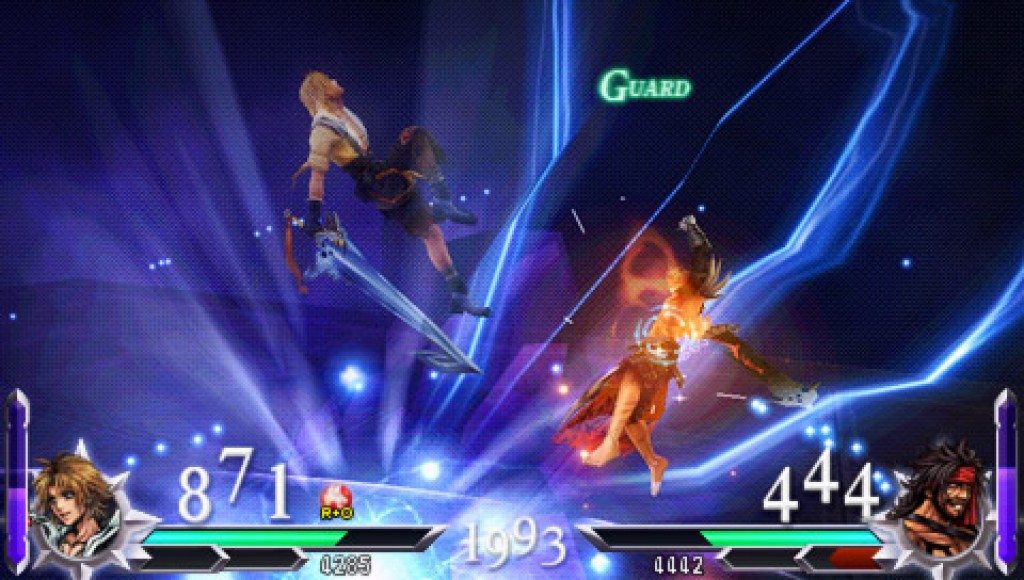 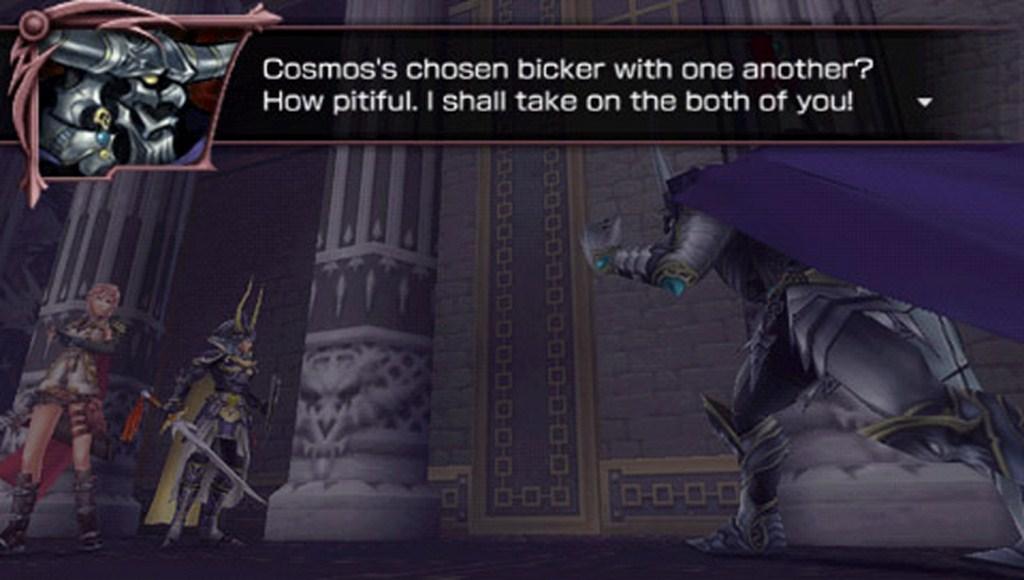 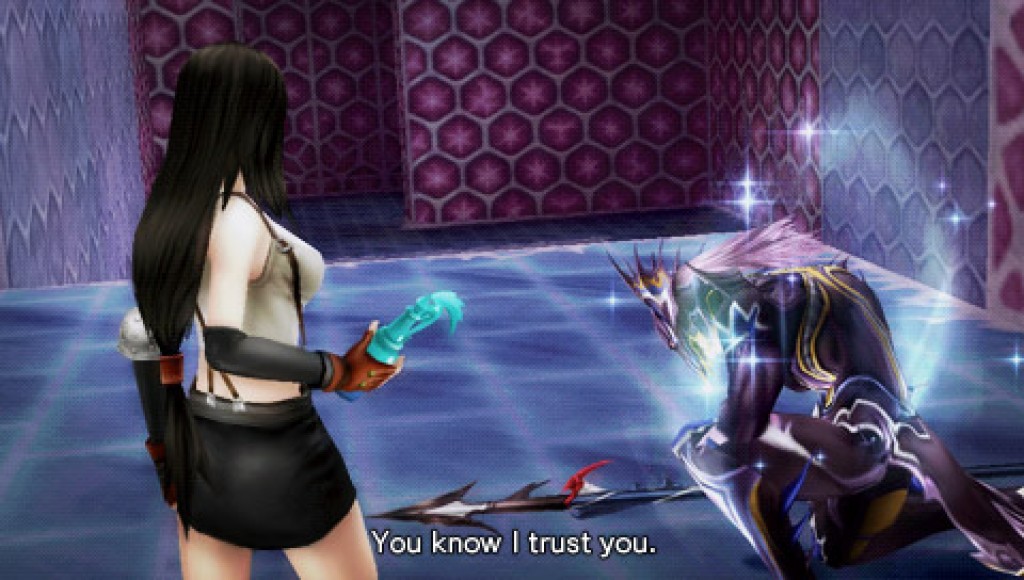 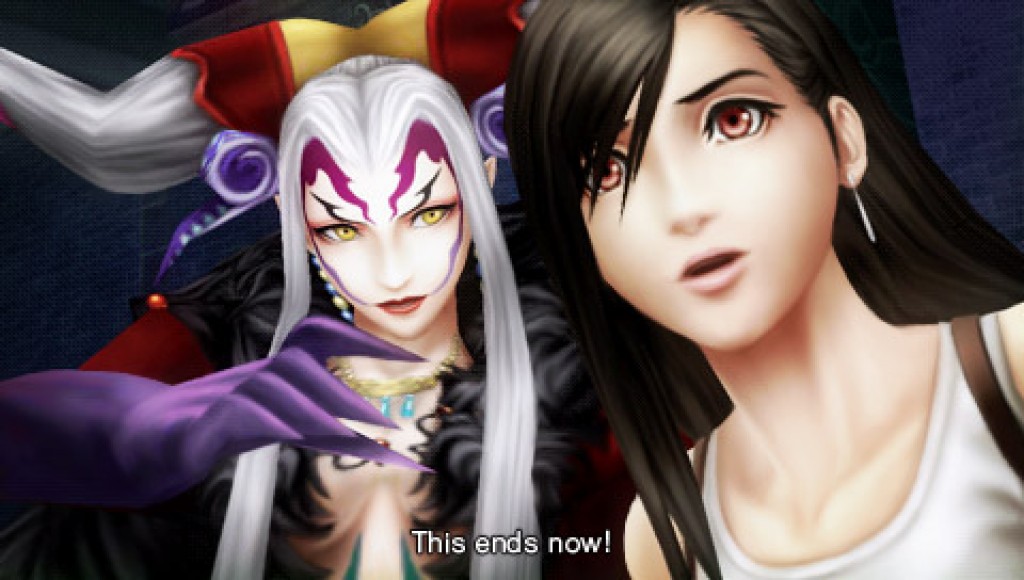